People provenance leads me to wine. For as that old sage Duimpie Bayly, former production head of Stellenbosch Farmers Winery, likes to state: “I suppose they can say that wine is made in the vineyard. But I’ve never seen a horse win the Grand National without a jockey.”

For me, the minds, hands and hearts of people play as important  a role in a wine’s attractiveness as terroir, cellar skills and perfectly grown grapes.

Recently a new red wine slipped onto the market with an asking price of R1 000, the people provenance of which had me procure and cellar it without hesitation. The wine was made at Delheim, a commendable bit of vineyard turf hitched to Stellenbosch’s Simonsberg ,  an address that can always be counted on to deliver the goods.

But it was the back-story that did it. The first release of a wine called Iconoclast, a tribute to Delheim’s patriarch, the late Michael Spatz Sperling.

At a time when the terms icons and legends are bandied about in the wine industry with the same frequency as site-specific, terroir-driven and paid-for content, it is worth remembering that Mr Sperling was one of those figures that truly defines the term legend, namely being someone of the incomparable kind.

We are talking about a person who, as a young boy, experienced the Allies’ bombing of Dresden in World War II. His father, a colonel in the German army, was executed by Russian troops one day after the armistice had been declared. 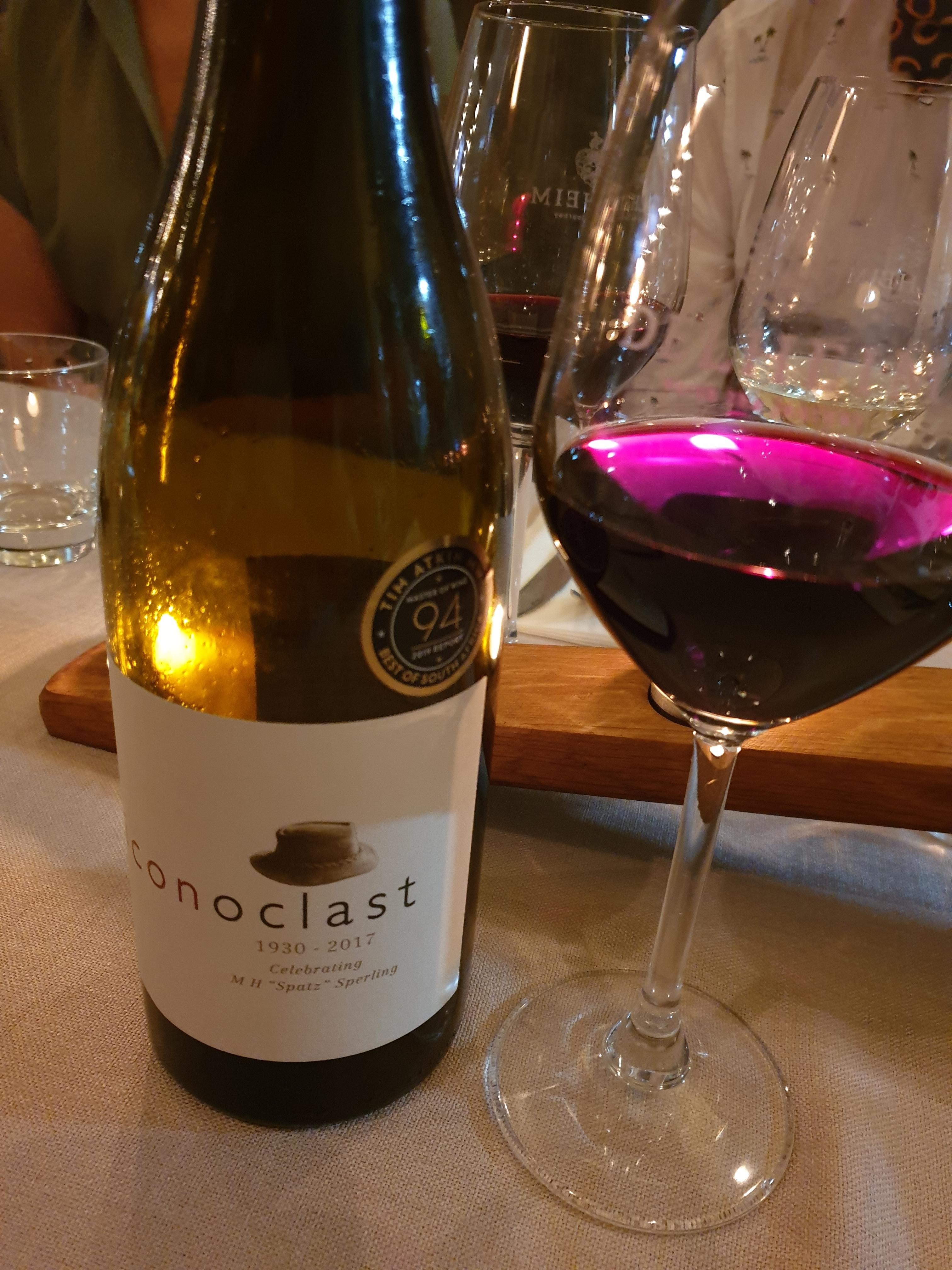 After years of hard child labour on various farms in war-ravaged Germany and a diploma in agriculture, he had the chance to leave for the Cape, where his aunt Del Hoheisen and her husband Hans farmed on the farm Driesprong, today’s Delheim.

But in order to legally immigrate to South Africa, he had to show his prowess as a viticulturist and oenologist. So there in Tetnang in southern Germany on the Swiss border, the 20 year-old was given a one-day course in vine-pruning and wine-tasting before being deemed “qualified” to leave for the Cape.

Mr Sperling landed at the Cape in 1951, some 20 years before the estate wine industry movement began. And when it did, he was poised to become one of the pioneer figures in South African wine in terms of farming and cellar skills, a visionary outlook wishing only the best for his adopted homeland’s wine industry, energetic marketing prowess and a confident leader of men (and women).

The name of the wine to honour Mr Sperling, Iconoclast 2012, is thus about as fitting as one can get. And yes, quality-wise it does live up to its name.

A blend of Shiraz, Cabernet Sauvignon Pinotage and Petit Verdot, Simonsberg wafts from the glass like the first cool southerly breezes of spring. The nose is reserved and classical, that timeless whiff of potpourri, raspberry preserve and cut green fig. Aging was for 18 months in 300l barrels, 40% new, but any reminder of the wine’s time in oak has burnt off, like mist dissipating from the surface of a dam surrounded by pine-trees as the sun rises.

The Iconoclast has a shrewd, stealthy attack on the palate, not giving much away at first. There is a prickle of sour plum and granite, a flirty hint of rose-petal. 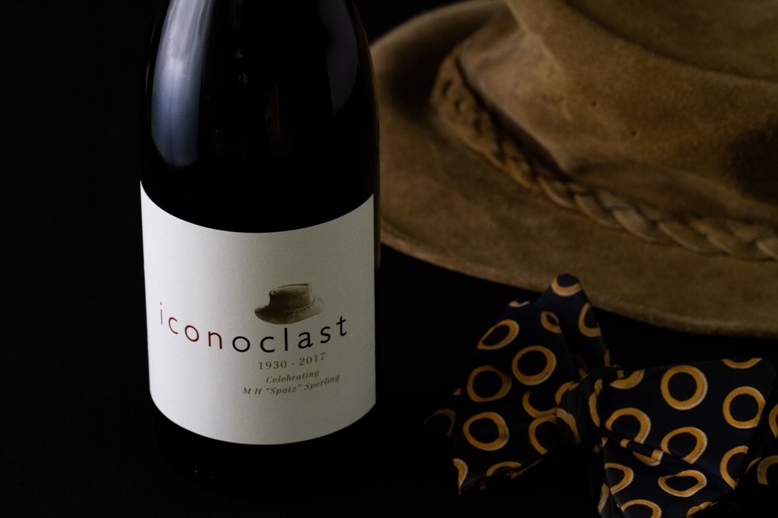 But then the wine flows, and it is all so familiar, yet so gorgeously new. Clean and bright, with a rapier-like thrust of pure-fruited clarity that would have any member of the natural wine movement throw his organic leather sandal through the window of a Swartland delicatessen. The freshness leads to a waffled quince tart, prunes dipped in pomegranate juice, a vibrant line of fallen mulberry lying on thin slices of yellow-fatted jámon Iberico.

But this being Simonsberg, the wine is confident in its sturdiness, a robust and complete presence off-set by pine-needles, broken rock and just a hint of Simonsberg centipede. It offers power, charm, humour and delight, being one of the great classics to come from South Africa’s finest red wine region.

Thanks in no small part to that Iconoclast, the Mr Sperling.

2 thoughts on “Iconoclast: Tribute to a Real Icon”