People provenance leads me to wine. For as that old sage Duimpie Bayly, former production head of Stellenbosch Farmers Winery, likes to state: “I suppose they can say that wine is made in the vineyard. But I’ve never seen a horse win the Grand National without a jockey.”

For me, the minds, hands and hearts of people play as important  a role in a wine’s attractiveness as terroir, cellar skills and perfectly grown grapes.

END_OF_DOCUMENT_TOKEN_TO_BE_REPLACED

While there is more than enough action on the South African wine scene in terms of things new, alternative, fresh and different, it is the tried-and-trusted, classical stuff we do best. On the red wine side, this be the royal wine that is Cabernet Sauvignon which has always delivered and will always deliver the finest local reds. And when it comes to white grape varieties, South African Chardonnay is now recognised as the best in the so-called New World with many international critics reckoning the best Chardonnays outside of Burgundy – Ground Zero for this grape – are indeed from our land down south.

END_OF_DOCUMENT_TOKEN_TO_BE_REPLACED

The sun is high, high above the mountain that can no longer cast any shade. That mountain is a good mountain, it is Simonsberg mountain outside Stellenbosch and I am drinking South Africa’s best wine varietal. Cabernet Sauvignon. For me, that is, as like mistakes and secrets, all opinions and tastes and loves are personal.

END_OF_DOCUMENT_TOKEN_TO_BE_REPLACED 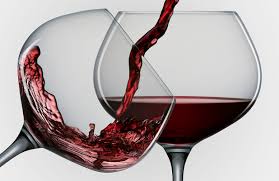