I was looking at a stuffed wild cat when the morning’s first sip of vermouth was taken. Like the cat, the vermouth was Adi Badenhorst’s, he of the big hair and short, stocky Swartland swagger. The sun was bright, and a few white spring flowers had appeared in the view from Adi’s Kalmoesfontein spread of farmland, which was broad and wide and green. No “swart” (black) in this land, unless you include beaming faces of the smiling workers ambling past.

The vermouth did a dandy job of straightening the Monday morning edges. I raised a glass towards the massive advertising poster for Oom Tas wine hanging on a wall across the way from the stuffed cat. “Do they still actually make Oom Tas?” I asked Adi, his compact frame stuffed into a Popeye T-shirt. “Sure they do,” he replied. “But it just isnt’ what it used to be.”

Soon we were joined by a few wine makers from the Swartland, one from Paarl and a chap from up the road, Vredendal way. The occasion, besides a bit of morning vermouth-swigging, was a comparative tasting of Portuguese white wines with those from the Swartland and neighbouring regions.

The idea, as Christian Eedes has posted, began earlier this year in Portugal. But we stressed this was not going to be a beauty contest attempting to see if one region outguns the other. Those sort of dick-measuring exercises are not only boring and artificial, but meaningless. Here the Portugal-Swartland gig was purely meant to be a respectful narrative on stylistic and integral differences as well as potential similarities. 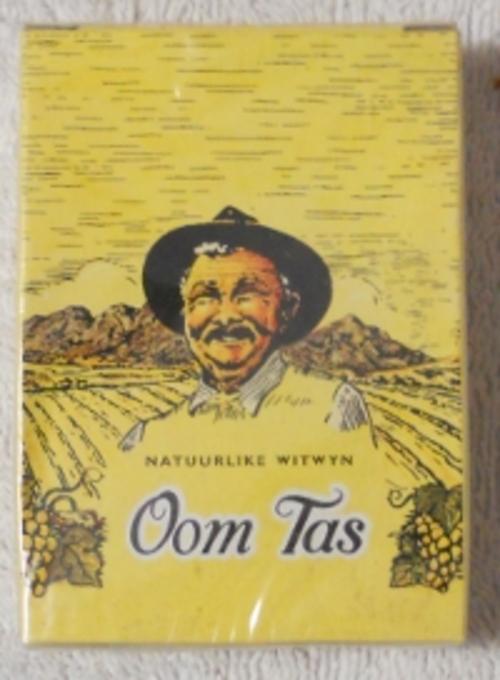 Portugal was represented by seven whites from the Douro region, with wine procurer Joaquim Sá throwing in a number from the Dão for good measure. From the Douro we had Concieto 2010, Grainha Exclusivo 2012, Niepoort Coche 2011, Niepoort Redoma 2012 Oboé Vinhas Velhas 2012, Terra do Grifo Grande Reserva 2011 and Quinta do Vallado Reserva 2013, with the Druida Encruzado Reserva 2012 flying the flag for the Dão.

There were two huge wines in both superb line-ups. From the Douro the Quinta do Vallado 2013 proved that 300 years of wine-making and vineyard management on one property counts a bit. The wine is driven by Verdelho, followed by dollops of Rabigato, Viosinho and the lovely emerald skinned Arinto, and is about as restrained and un-showy as Cristiano Ronaldo’s celebrations after scoring.

Aromas of white flowers, quince and Northern Portuguese green plum waft from the glass, with the palate given verve and grace from judicious wooding, just enough to soften the tartness and turn the acids into a symphony all juicy and fresh. Just a bit of spice on the back-palate creates a finish worthy of happy-ending status.

Viosinho and Rabigato also feature in the Terra do Grifo, but a couple of bunches of Malvasia gives the wine a perfumed Muscat-ishness, turning it into the kind of exotic experience that evokes a dose of jungle fever from a complex, interesting and delicious wine.

On the South African front, the AA Badenhorst White was, to use Swartland terminology, “not too kak”, which means just shy of brilliant. Chenin Blanc, obviously, plays lead guitar with Grenache Blanc, Verdelho, Colombar, Viognier……fok’s sake, the only white thing Adi didn’t throw into this wine appears to be his beard. 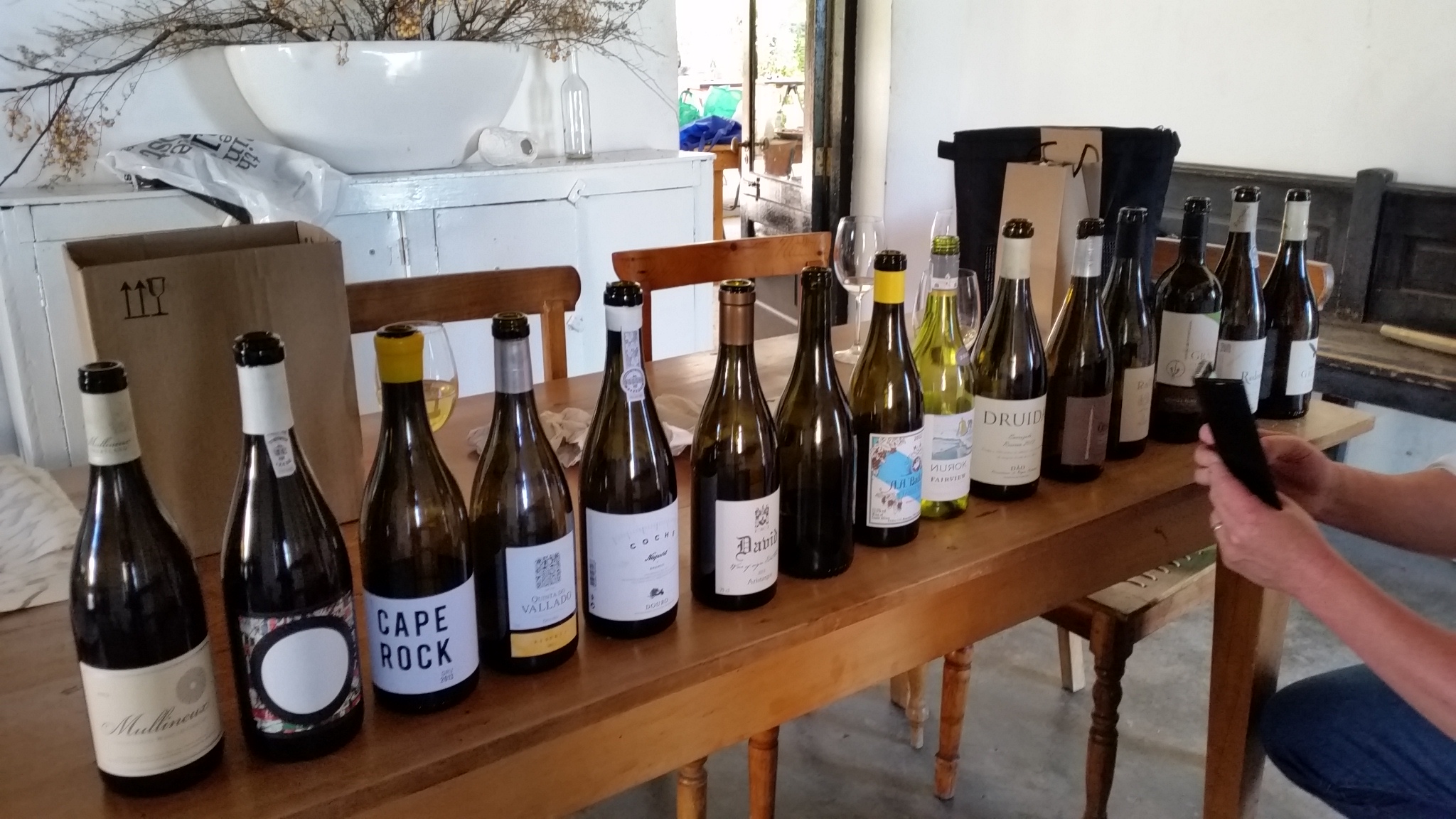 Anyway, the whole thing is intriguing in its balance between intensity and fleet-footedness, with the wine having a lot of grapefruit, fynbos and sun-dried herb, and is all very tasty.

The other local wine is one I have commented on before, the Fairview Nurok. This is possibly the greatest execution of Viognier you will find in the South African industry, with Chenin Blanc, Roussanne and Grenache Blanc thrown in for posterity. A soft, delicate lace-textured curtain opens to reveal a Pandora’s Box of fruit and flowers, with a chunk of wet granite adding a steely, stony backbone. Huge wine.

We discussed. We joked. We argued, a little. The wines were drunk, and a lot more was brought out together with a pretty baby pig, grilled to golden-brown perfection by Amorim’s local sales consultant Ettiene Gouws. Madeira was hauled out, and as the sun set over the Swartland, a fantastic 25 year old Moscatel from Setubal was opened.

Salute the Swartland, like the Portuguese, they are a brand of brothers.