No, you never learn do you. There you are, alone in the dark and cold night, a few glasses of wine under the belt and a hollow, vacuous rumbling in the stomach. You have to eat.

Sure you could approach the kitchen and deploy those none-too-shabby culinary skills to concoct a light, fluffy porcini and shrimp omelette or a dense and nourishing risotto with prosciutto and burrata cheese. But no. What do you do? You order a pizza. 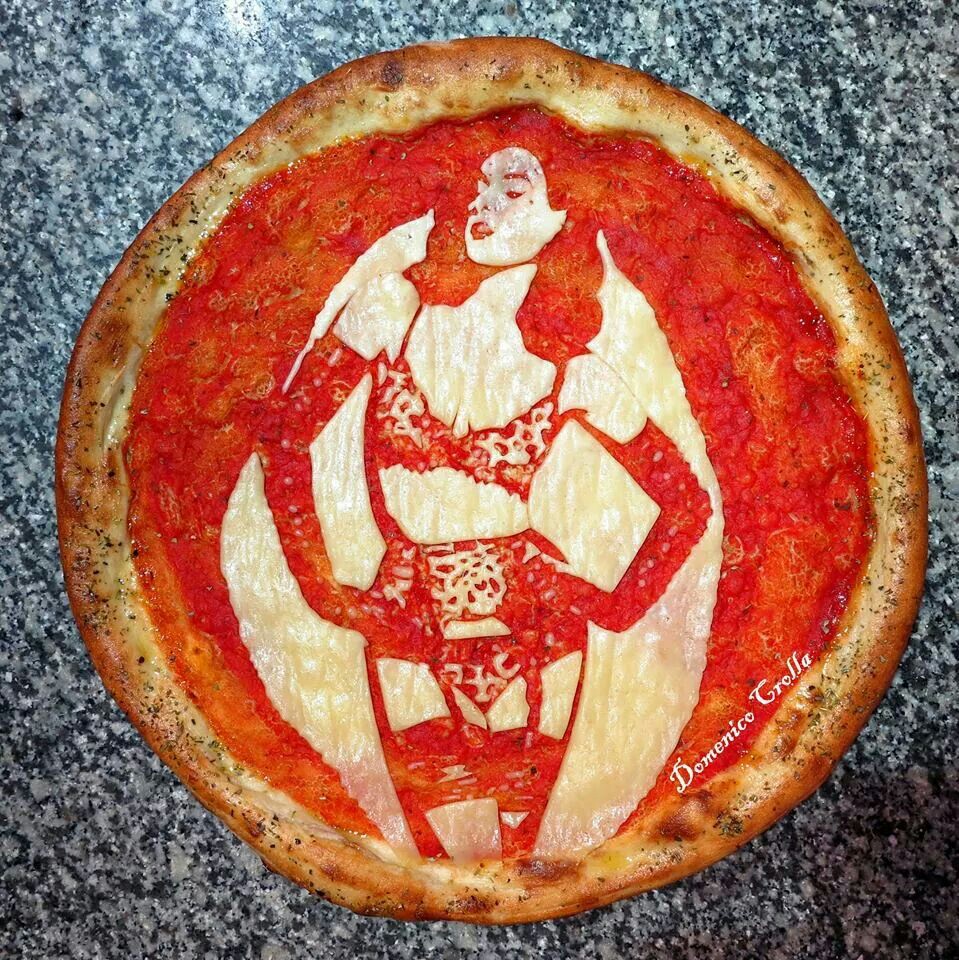 Phoning for a take-out pizza in Cape Town is about as safe a bet as an unprotected bonk in downtown Lagos or partaking in a bout of Frisbee-throwing on Gaza beach. Yet you still do it, gazing at that shiny pamphlet stuck on the fridge offering convenient take-out items with little photographs of edibles: hamburger, pizzas, curries, none appearing inordinately offensive.

Last week it was Scooters, a franchise offering a range of pizzas that were probably dreamt up by a former orphanage chef doing time for child molestation in Pollsmoor. From the menu you could select things such as a “Cream Cheese, Bacon and Sweet Bell Pepper Pizza”, a “Double Rib” or the eclectic “Bolognaise Banana and Chutney” number.

Adventurous, you dial-up a Cheesy Russian, feeling stupid while pronouncing the two words, wondering for an instant if the woman at the other end of the line would not be thinking you are ordering a middle-aged lap-dancer or a comedian from St Petersburg.

Yet you do this, pour another drink and wait.

The Cheesy Russian Pizza arrives in under three hours, most of the time apparently not having been spent on concocting this contribution to world cuisine. Upon opening the box you are met by an aroma that makes your contact lenses mist up, while the nervous guttural gagging sound you make causes your loyal Dachshund Friedl to run for cover, giving a panic-stricken spurt of piss in mid-trot.

You gain composure, eventually, and try to recall this aroma emanating from the box. Mouldy rugby socks from your former boarding school dormitory, the breath of the Lebanese refugee who sat next to you on the bus from Athens to Gythion or the smell seeping through the pillow under which as a boy you had lovingly stored the corpse of your deceased hamster, Morris.

You open the windows, spray some Lysol and remove the Cheesy Russian Pizza from the box. A pizza is, as far as your experience goes, a simple thing. Round. Crust. Tomato. Cheese. And then all those optional toppings, stretched to lofty levels of inventiveness by the creative chefs at Scooters.

But there is something about this Scooters Pizza that does not seem right. It is round, yes, and symmetrically so, too round to have been rolled and cut by human hand, having instead probably been mass-produced under factory conditions. But the overall visual impression is of a pizza that does not want to live, does not want to be on this earth – even if it is a Scooters Cheesy Russian Pizza. For it looks as flat and lifeless as it smells.

The whole thing is covered by something the menu calls cheese, but does not look like it. It is a yellowish grey mess, pus-like in consistency and upon further inspection is actually not cheese but the stuff that zealously scientific veterinarians scrape from the cock of a dead elephant.

There are two things going on on this pizza – one under the cheese and one above it. Under it there is what is supposed to be the stuff pizza-sellers refer to as “tomato base”. In this instance before you, the tomato base is nothing but a thin smear of rustic menstrual red, only there because it has to be but obviously not going to contribute to the pizza in any meaningful way.

Floating on top of the elephant smegma you see little brownish discs, gleaming with a shiny layer of fat. These are the slices of Russian sausage, the second part of your Cheesy Russian combination. You prise loose a disc and pop it into your mouth and nod sagely. Whatever the origins of the Russian sausage are – severed Ukrainian limbs spring to mind – these have been obscured by a volcanic blast of spice and dried garlic, making the piece of meat actually tasty in a throw-caution-to-the-wind, kamikaze sort of way.

You survive your first encounter with the pizza, and although sanity tells you not to, you are not going to quit at the final hurdle. A slice is taken from the Cheesy Russian and held, trembling, before your mouth.

The doughy base makes a comforting crunch in the mouth before everything succumbs to the texture of the cheese. It is fortunately tasteless, yet the slimy, rubbery experience evokes visceral scenes of homo-erotic pandemonium where names like Dolf, Basjan and Durex-Xtra feature in wanton abandon.

Not even the craftily spiced Russian meat can induce an urge to take another bite, but an evening of continued hunger is a small price to pay.

But you never learn, do you?