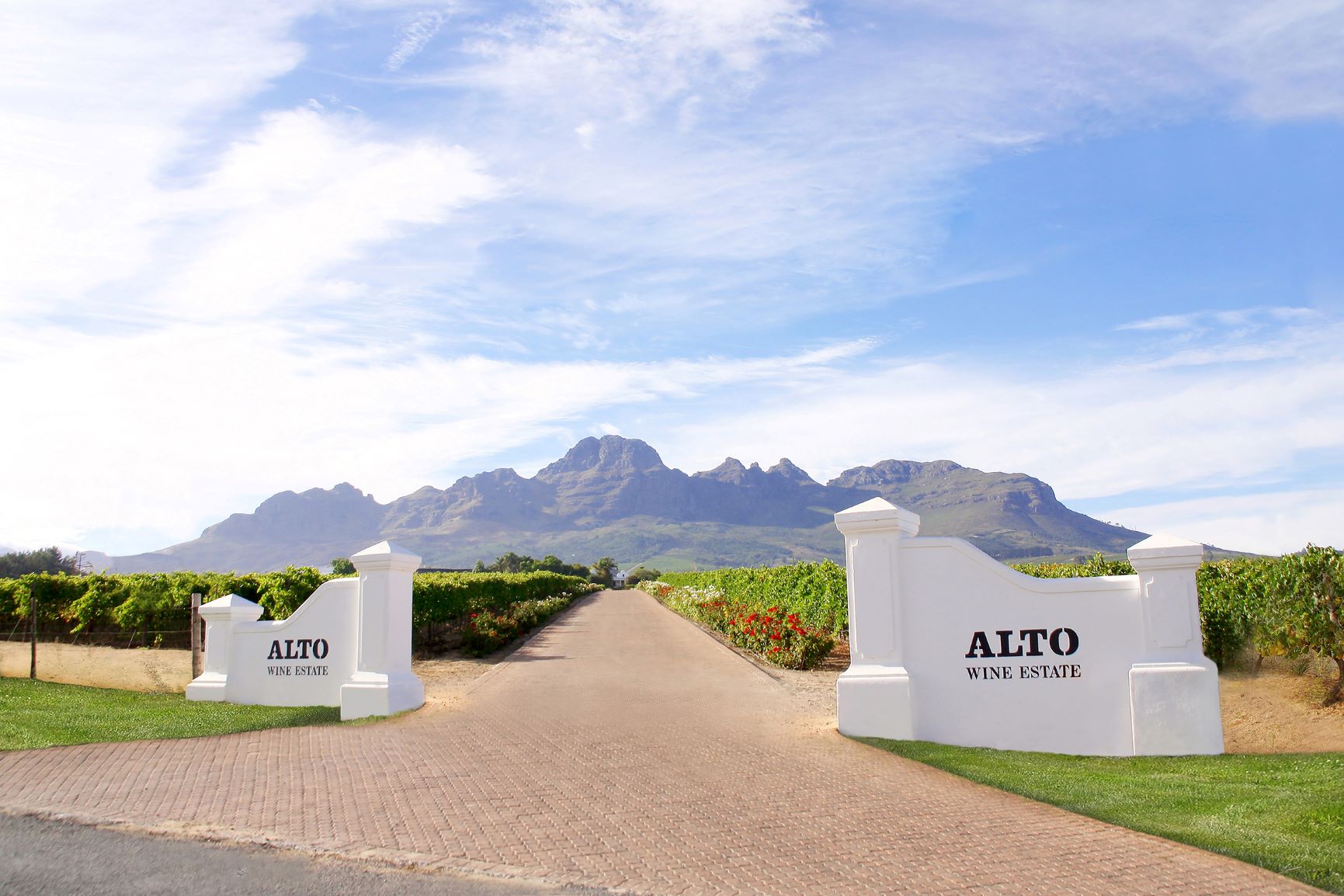 As in all art, nothing can ever be perfect in the wine world. But Alto Estate does come impossibly close.

Location, yes. Alto lies on the slopes of Stellenbosch’s Helderberg, one of the patches of God’s earth that manages to combine spine-tinglingly magnificent scenery with geography and geology that is ideal for the growing of grapevines. It is mountain granite from the Cape’s Fold belt that has been ground down over the past 1,5 million years, iron-rich and red and rocky, and lovely soil for wine vines to get stuck in.

The vines run up to some 500m above sea-level, facing south-west and exposed to the air flowing in from the Atlantic Ocean out False Bay way. This makes for growing conditions that are, in wine parlance, known as “optimal” but actually mean bloody amazing.

Adding to the physical attributes, Alto is blessed with an evocative history going back to 1919 when it was named thus by its owner Hennie Malan. He had sold the other half of his whole farm, known as Groenerivier, and began sticking vines in the soil of what is now Alto. In 1924 those vines produced the first wines, blended into a bottle simply labelled Alto Rouge which to this day remains a stalwart among the country’s 8 000 or so brand offerings.

Although Malan and his son Manie did not even consider the South African market back then. For the first eight years of production, Alto Rouge was shipped to Burgoyne’s, a wine merchant in London whose owners saw Alto as a close offering to red Burgundy. At the time, the Alto Rouge blend comprised Pinot Noir, Cabernet Sauvignon, Cinsault and Shiraz, and only hit the South African market in 1933.

Perfect, too, from a marketing viewpoint. The Alto brand is focussed and uncluttered, bearing a label that over decades has become one of the most recognisable South African wine marques.

Some other wines have been added to the range over the years, most noticeably the Cabernet Sauvignon in 1965 and Shiraz in 2001, but it is the one wine – Alto Rouge – that still acts as torch-bearer, and justifiably so.

Here it is noticeable that, like all great South African estates such as Rust en Vrede, Meerlust and Kanonkop, Alto does have a recognisable flavour profile specific to its wines. Obviously, and joyously, vintages vary. But in Alto you know what to expect. Style this is not, because style ain’t natural. Here, it is expression and personality, a particularity only possible when a sense of place has combined with a similar and ingrained winemaking ethos over generations.

As has always been my experience with Alto Rouge, there is a polish and completeness to the wine – this includes a 1995 I had a month ago, right up to the 2017 poured at the centenary event.

Wood maturation obviously plays a huge role in the final expression, and here current cellar master Bertho van der Westhuizen insists on using 300 litre French and American barrels, with the Alto Rouge always incorporating a portion of new wood along with 2nd and 3rd fill. Components are aged separately for 14 to 16 months, then the blending is done. And it is here I am assuming that this signature “Alto” taste is imparted.

A part of this character is a richness, a muscle presented to the vines by the late afternoon sun as it makes its way west. There may be talk of longer hang-time for the grapes due to the elevation and the ocean’s cool, but there is a lot of solar radiation and light exposure going on. Mean, green and lean these Alto grapes are never going to be.

The juice has always – and always will have – body and structure, but the way it turns out is not determined so much by every vintage as it is by generations of men who have existed among the vines and made the wine. From Manie Malan’s first wines in the 1920’s, the DNA of Alto wine has been grasped and passed on. From Malan to Piet du Toit (1959 to 1983). Down to his son Hempies, who made the Alto wine from 1983 to 2000. Then Schalk van der Westhuizen manned the winery until 2015 when the baton was passed to his son, Bertho.

Over time, these sets of hands in the vineyards and the cellar have made as much a contribution to the personality of Alto Rouge as the Cold Fronts from the north and decomposed granite soils. That’s why it tastes the way it does.

Deep red in the glass, with a hint of perky crimson waiting to burst through. A clean, healthy nose with a rush of fynbos, mulberry leaves and hit of fresh dough. The attack is deft and polite, calm and unrushed with the first impression being one of light and grace before the flavours of sour cherry and wet clay and stroked linen take over. On the mid-palate, a savouriness comes to the fore, things opening-up allowing a gush of breezy plum, fresh blackcurrant and pine-needle to command attention and presence. The finish is full and firm, yet clean and memorable.