When talk of Lourensford Wine Estate first started hitting the wine scene some 20 years ago, expectations were simply stratospheric. This is a magnificent old farm above Somerset-West, part of WA van der Stel’s spread going back to 1709. And if all the reports and hype were to be believed back then, Lourensford was going to be unlike anything the wine industry had ever seen.

The majestic 4000ha spread had been a functioning fruit farm for generations and with new owner Christo Wiese at the helm, Lourensford was set to be to wine what George Clooney is to coffee-pods.

Close on 400ha of vines were planted, with projections of 600ha. A huge modern cellar sporting elaborate berry-sorting equipment and gravity-flow winemaking systems was built. Enough consultants to fill a KWV Cathedral Cellar were involved in selecting plant material, advising on cellar-technology and analysing soil-types via NASA-approved gizmos. 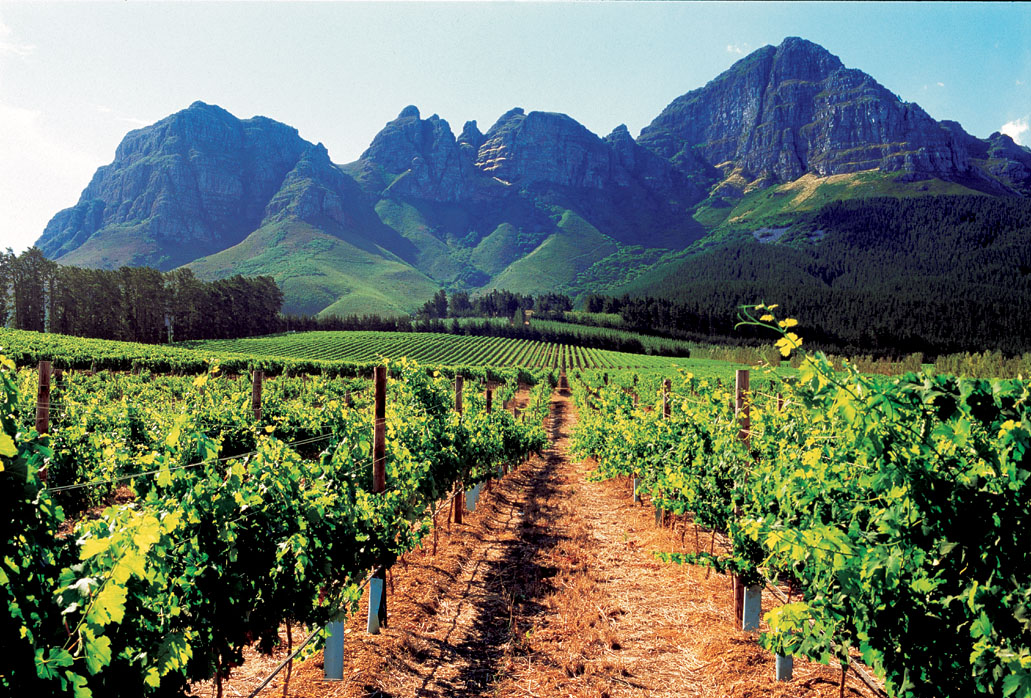 I remember driving through the vineyards just before the first harvest in 2003 with a consultant who was already counting the profits each vineyard block was going to yield once the wine had been made, bottled and sold. “Sauvignon Blanc, 12 tons a hectare, x-thousand bottles at so much per bottle…do the math,” he said sliding back into the SUV.

As anyone with even the most cursory knowledge of Cape wine will know, the rest of that specific Lourensford story is history: all the expectations disappeared not with a whimper, but with a bang.

Mediocre wine was made from vines planted on incorrect sites and without considering the effects of the monstrous southerly winds that pummel Lourensford’s higher elevations in spring through summer. Lack of marketing focus helped just as little as the choice to ignore what Lourensford was meant to stand for in wine terms. The brand failed to make any noticeable impression on consumers, and the profit-predicting consultant disappeared along with most of the others.
While it cannot be referred to as back to square one, Lourensford has definitely regrouped. And pensively the farm, brand and its wines are edging back into the conversation, preferring to engage in a less-hyped account of where it comes from and prediction as to where the future lies.

Unproductive vineyards – i.e. most – have been ripped out, leaving the farm with a spread of 100ha planted on spots conducive to fine wine. In Hannes Nel there is a young, engaging and astute cellarmaster who is as connected to Lourensford as the old Packham pear trees and the calls of the fish eagle that can be heard every afternoon on the higher slopes. Packaging has been revamped, the place cooks as a tourist destination and one can, after tasting the wines, plonk a bottle of Lourensford before a table of dinner guests without feeling like you have just depleted the bargain-basement gondola-end at a supermarket chain.

On a recent tour with Hannes, one cannot but once again stand aghast at the magnificence of this part of the wine world. Up at 300m, with the mountainous amphitheatre behind you and the blue ocean of False Bay ahead, even a Led Zeppelin fan can be excused for having a Julie Andrews “Sound of Music” flashback. 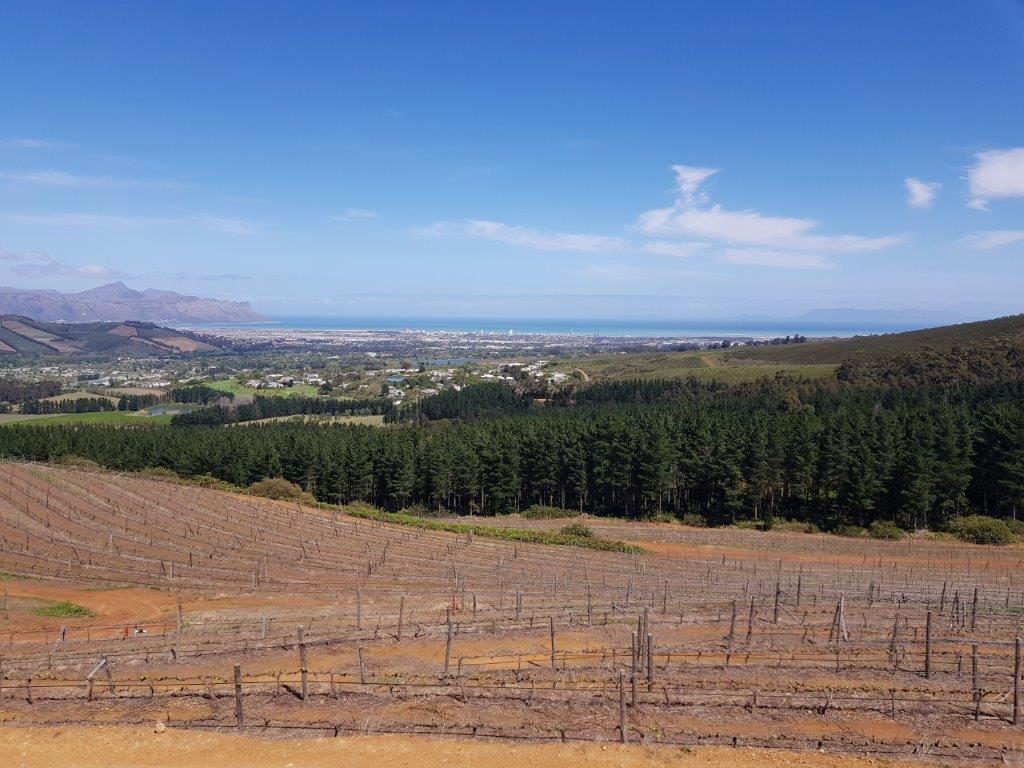 There are rocks and mountains and hills; there is an alpine-crystal lake filled with rainbow trout; there is a flowing river; there are hordes of old, charming buildings – agricultural and residential; there are blue skies and oak trees, including some of South Africa’s oldest cork oaks; there are pear orchards with blossoms and flowers and gardens, and much more.

And of course, there is wine.

Hannes the cellarmaster drove me to aforementioned dam where we cracked a bottle of Lourensford Méthode Brut Cap Classique 2011. Chardonnay-led (87%, Pinot Noir 13%) the wine had been on the lees for 57 months. The lengthy lees contact had spurted a fresh depth into the wine, revealing an enormously classy Cap Classique. Bracing and life-affirming with marine spray and lime peel, the wine was anchored with a brioche-whiff and an unsalted butter creaminess. A gorgeous heady mouse allows the flavours to linger and the structure to last.

Further up the hill, from where one sees the sea forever, a whole list of Lourensford goodies were hauled out to taste. And if I ever was going to be convinced that the Estate’s vinous potential had now been realised, this was it.

We tasted from the Lourensford Limited Release range, and these happily stand side-to-side with the Cape’s leading wines. Effortlessly so. 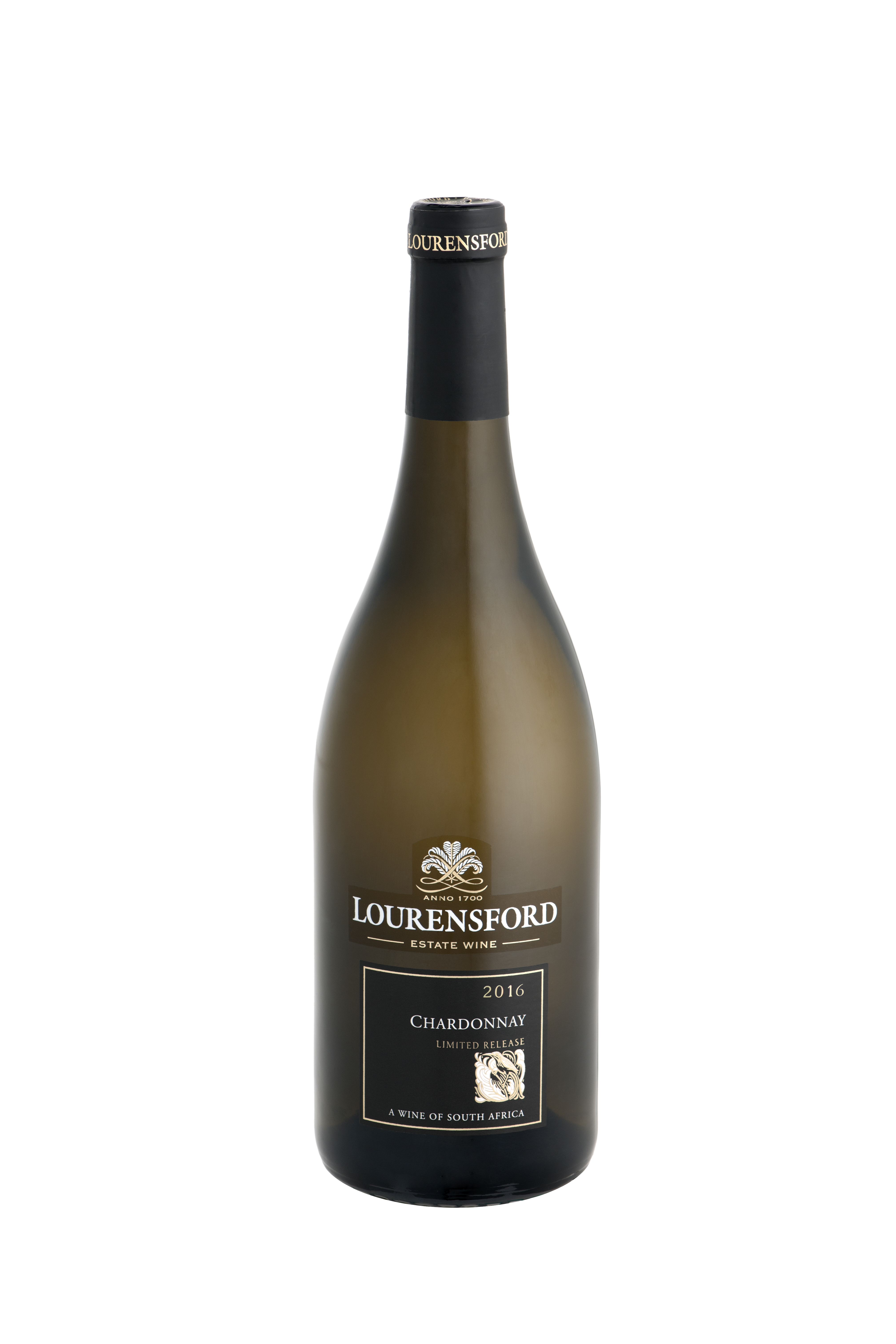 Take the Lourensford Viognier 2016, for example. Aged for 11 months in Hungarian and French oak, this shows that a scarce and controversial variety can just be a brilliantly good white wine. Dry, but not throat-grabbing, it is all delicateness and purity. Cut white flowers and just-washed linen. A hint of honeycomb and peach – so characteristic of fine Viognier – is carried by a breezy freshness, without giving the wine any of that fleeting wateriness the variety can sometimes portray. Wet and delicious.

It was the Chardonnay 2016, however, that took my attention away from the view and had me gazing at a glass of pale gold elixir with the sternness of a parent who had just discovered his teenaged daughter was smoking a fine Havana cigar.

Where had this Chardonnay been all along?

Grown on Tukulu soils covered with a layer of fine gravel, the vines are on the higher reaches – 200m – and just over ten years old. The wine is aged in 40% new French for ten months after a wild ferment. During aging, the barrels are rolled for lees-integration and the final product is the result of superior fruit and a winemaker who knows what he wants from Chardonnay. The fine perfume of jasmine and pear blossom gives way to a wine of cleanliness and beauty. The alluring fruit-edged purity leads to engaging Chardonnay complexity and pure class: a bite of quince and squirt of blood orange; a bit of grated grapefruit-skin; crushed raw nuts and an overall ripeness offset by a bracing mountain-stream freshness.
After this wine, Helderberg Chardonnay will never be the same again for me.

On the red side, Lourensford Merlot 2016 grabs the imagination like the first lines of a Walt Whitman poem written during his inaugural bout of opium addiction.

In this wine there are traits of the alert juicy savouriness that makes the Right Bank of Bordeaux so famous for Merlot. And it abounds with the more expected plum-and-raspberry flavours and velvety tannins that makes this variety so popular among consumers. A simply superb rendition of South Africa’s number one selling red variety.

I particularly liked the Lourensford SMV 2016, which has a brilliant and bright sweet fruit core. The wine was matured for 15 months in oak, 20% virgin. There is plenty of robustness and a nice clod of ballsy tannin, but the Rhône varieties come together in perfect tune resulting in a tasty and robust red wine.

There was plenty more, and it was all good, and up in the mountains overlooking the see it was, I suppose, a good time to say that Lourensford’s Lazarus moment had arrived. And it is here to stay.

One thought on “The Lourensford Always Rises”