In the name of thorough journalistic endeavour, I made a dog of myself. Literally this time – none of those figurative slanders we red-blooded males have to endure at social gatherings where you can’t even use the words “melon”, “jugs” or “tight” without getting an earful from a Cosmopolitan-reader. 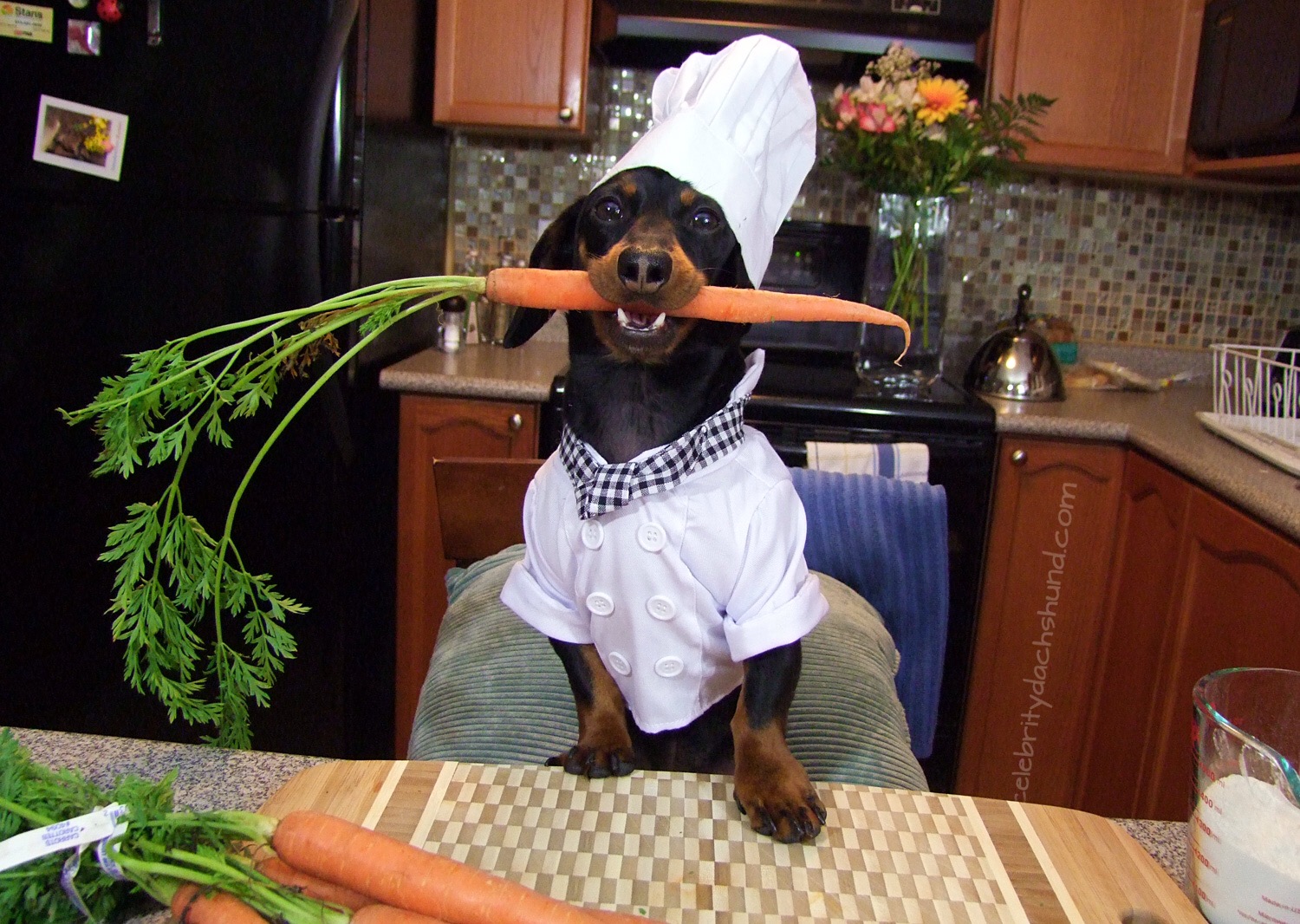 Vondi’s is a dog food of the precious kind. It calls itself “holistic pet nutrition” and the focus is on ingredients chosen to make your dog feel like a suburban housewife who has had an organic moment, the only difference being that a dog gets a bone to play with now and again.

The list of stuff used for crafting Vondi’s dog-food reads like a Kauai juice billboard in a city gym: REAL meat. REAL veggies and FRESHLY picked herbs. Which begs the question: is Vondi’s catering for the dog or the gullible owner? For why would a dog – like my dachshund Friedl – care if its herbs are fresh when it has no qualms about pissing on the Italian parsley every morning?

Fortunately the olive oil used in Vondi’s is, apparently, cold-pressed otherwise we would have had a veritable dog riot on our hand. None of that industrial hot-pressed nonsense for our Rover.

But what really caught my attention was when Vondi’s spokesperson – television chef, Giggling Gourmet and cookbook author Jenny Morris – appeared in a Cape Talk Radio advertisement saying that “you can have some too”. As in “you” being the dog’s owner. My three dachshunds immediately looked up upon hearing these words, making me attempt to shut-off the radio. But I was too late. The damage had been done.

Because for ages now the mutts had been looking up from their bowls with: “You want me to eat this?” Science Diet. Ekunaba. Woolworths Dog Food. No way are we going to put these dry morsels into our sculpted elongated German bodies. So you humans just hurry-up with the lasagne, and pass some our way. And not too much butter in the roux, OK?

We made a silent pact, me and dogs Friedl, Knoffel and Maximillian. They would eat dog food the day I’d eat it too. And thanks to Ms Morris and Vondi’s, here was their chance.

So down Wellness Centre way, I got us a parcel of Vondi’s Mutton and a parcel of Chicken, the words “you can have some too” still reverberating in my ears.

Back at the casa, I poured a stiff glass of Chenin Blanc and looked at the stuff. What was going on through the bright Vondi’s packaging was already disconcerting. The marketing spiel – REAL. HOLISTIC. FRESHLY PICKED – sounded colourful, but through the clear plastic packaging the stuff resembled finely minced albino teenager with the odd speck of green and orange reminding one of a pulverised carrot or pea, freshly picked or not.

I took another stiff drink as the dogs looked on with expectation. Then, just when I thought of giving-up on my promise I was reminded of how great it would be if the canines would eat their own food, from their own bowls. Instead of standing around the dining-room table drooling and reminding me to go easy on the Tabasco because the lamb-stew still had to entertain another set of mouths.

The Vondi’s, frozen solid, was put in the microwave to defrost and to warm up a little.

Upon cutting the package of Vondi’s Mutton I immediately let it slide into a bowl. Face-to-face the stuff looked worse than through the plastic. In the process of defrosting a coating of slime had appeared on the ground albino, the slight heat having made the tiny bits of cheerful FRESHLY PICKED veggies turn to crusty crumbs of zit-head greyish yellow.

Cape Talk Radio and Jenny’s “you can have some,” was ringing in my head, making me wonder what the Advertising Standards Authority would do if they matched the Vondi copywriter’s phrase with the shivering mound of pus-like, pounded slush before me.

Needless to say, the three dachsies were having the time of their lives, schadenfraude being one of their delights. And the last time they saw me looking at something with such an anticipation of sheer terror was when Charlotte Rampling announced on French television that she was getting too old for topless film scenes.

But being man’s best friend, we guys have an agreement and an understanding through all kinds of pacts. They won’t piss on the morning newspaper and I allow them to dry-hump my mother’s leg while she is having her afternoon doze. That sort of man-to-man thing.

They thus knew the game. If “even I can have some” Vondi’s, they were going to eat dog food instead of doing the dinner-time begging crescendo.

I took a spoon and pounced. Fortunately, the stuff had no aroma, the FRESHLY picked and HOLISTIC REAL MEAT having been pulverised in some sort of mincer-mashing machine that could turn a brontosaurus ball-sack into a slush puppy. But as I brought it towards my mouth, I detected the spoon of Vondi’s to have a nervous, edgy shimmer to it, a bit like a pile of baby puke at the early stages of an earth tremor.

However, the viewing of a recent rerun of Brokeback Mountain reminded me that men have been known to put stranger things in their mouths than dog-food. So I shut my eyes, aimed and went for it.

I was “having some too”, and this was it.

What the marketing material did not say was that Vondi’s is apparently made for dogs who did not have the necessary chewing instruments. If the appearance of the pet food was terrifying, the texture was worthy of solitary confinement and a warm strait-jacket.

Somewhere between ooze, slime and squishiness, tiny hard bits of gristle lay waiting to revolt unsuspecting dog-food eaters. Greasy crumbs of sheep body parts – too ghastly to contemplate – forced their way through the manicured drooling sludgy gunk, instantly lodging themselves between your tongue and gums, resulting in an automatic retching action.

Causing a vigorous intake of oxygen, the vivid guttural retching led to the taste of the dog-food truly coming to the fore. Which, fortunately, was not quite as bad as the texture. But it did manage to taste of death. Not the gamey sacrificial taste of freshly cooked offal, but the lifeless, dull and drab flavour of a strangled accountant that had been buried beneath a dance-hall playing Barry Manilow music.

I looked the three dogs in the eye. Took a long hard drink of Chenin Blanc which, fortunately, had deleted the Vondi’s moment from memory.

And I swear I heard one of the brats say: “You can have some, too.”

2 thoughts on “Going Where No Food Reviewer Has Gone Before”