Four Northern Cape wild rabbits on the long straight road between Calvinia and Upington were not listening. Inside the vehicle, Jim Morrison was crooning “there’s a killer on the road”, yet refusing to get out of the way the bunnies ended up getting pizza-d by a set of 27cm Toyota Fortuner tyres.

They were, however, good quick deaths. Far preferable to being torn to shreds by a wild jackal or having a poisoned arrow shot up your arse by a famished bushman.

Myself and the Porra Stig were eager to get to Upington, because there is a lot going on. For one, 385 Spanish families are now living here as a result of the solar power contracts having been handed out to this strain of Iberians. Make that 384.

Apparently Pablo Fuentes from Salamanca was getting homesick and missing the corrida, aka The Great Spanish Bull-fight. Last week he decided to try a bit of matadorian machismo out Groblershoop way (alcohol was involved, apparently) and took on a Cape Buffalo bull with a red Barcelona soccer shirt.

With his equally pissed countrymen egging him on, Pablo stood his ground as the Buffalo charged, not having researched the fact that here in Africa the Buffalo have not been to bull-fighting school. The 720kg animal ran into and the over Pablo, leaving nothing more than a stain of Extra Virgin olive oil, three hairclips and a rosary bead in the dry desert dust.

What was left of him, the local paper reports, was shipped back to Salamanca in an empty soccer boot box.

The Spaniards here are, however, a friendly and considerate bunch of folk, with the men showing a humanitarian willingness to engage in conversation with the local female population of colour. Apparently, these engagements sometimes stretch beyond conversation. Already some 17 Spanish-Local bambinos have been born, and Fatima Januarie is actually being Christened on Sunday.

“Look at it this way,” a local businessman said, “in 21 years the Northern Cape is going to have a moerse good soccer team and the local ‘riel’-dances will be replaced with impassioned exhibitions of flamenco dancing.”

Myself and the Porra are here to judge Saturday’s Mano-Mano Venison Paella Cooking Competition, so we have had a bit of insight into what the Spaniards like to enjoy here – except young coloured guava.

And, hombre, do they like the local wines. A particular favourite is the Colombard, pretty much the signature grape one will find growing along the banks of the Orange River. The soils here are even more fertile than the inter-continental cross-pollination taking place. Rich and alluvial and ancient, these soils will make a crushed rabbit grow back to life if you bury it for a day.

All this fertility allows the Colombard grapes to yield between 40 and 60 tons per hectare. Now I know what this means to some wine folk who still allow themselves to be bull-dusted as that Pablo was. Mistaken assumption: The higher the yield, the lower the quality.

No way. The right nutrients in the soil and handsome canopy management allows the grapes to grow to big monstrous bunches weighing three kilograms while still containing all the elements necessary for creating fine, balanced and harmonious wines.

The Colombard 2014 is the greatest to date. Some will mistake it for cold-climate Sauvignon Blanc, as despite the winery’s distance from the ocean, the wine has a chalky mineral flavour. Subtle undercurrents of pear and white peach are present, with a finish of White Linen Perfume splashed onto a piece of sculpted Michelangelo marble. The wine’s overall impression is of being as brisk, fresh and bracing as a French kiss from a well-washed Eskimo on a hot summer’s day. A Gold Medal at Veritas proves my point.

Priced below R30 a bottle, Orange River Colombard offers the kind of value to make a Spaniard seek permanent residence. It is gluggable, we are drinking bottles as I type, all-set for a great week-end in the Northern Cape. The Paella is being judged tomorrow, and this evening we are training local bushmen sommeliers. All bunny-in-the-headlamps to some, but just another great week-end in Africa. 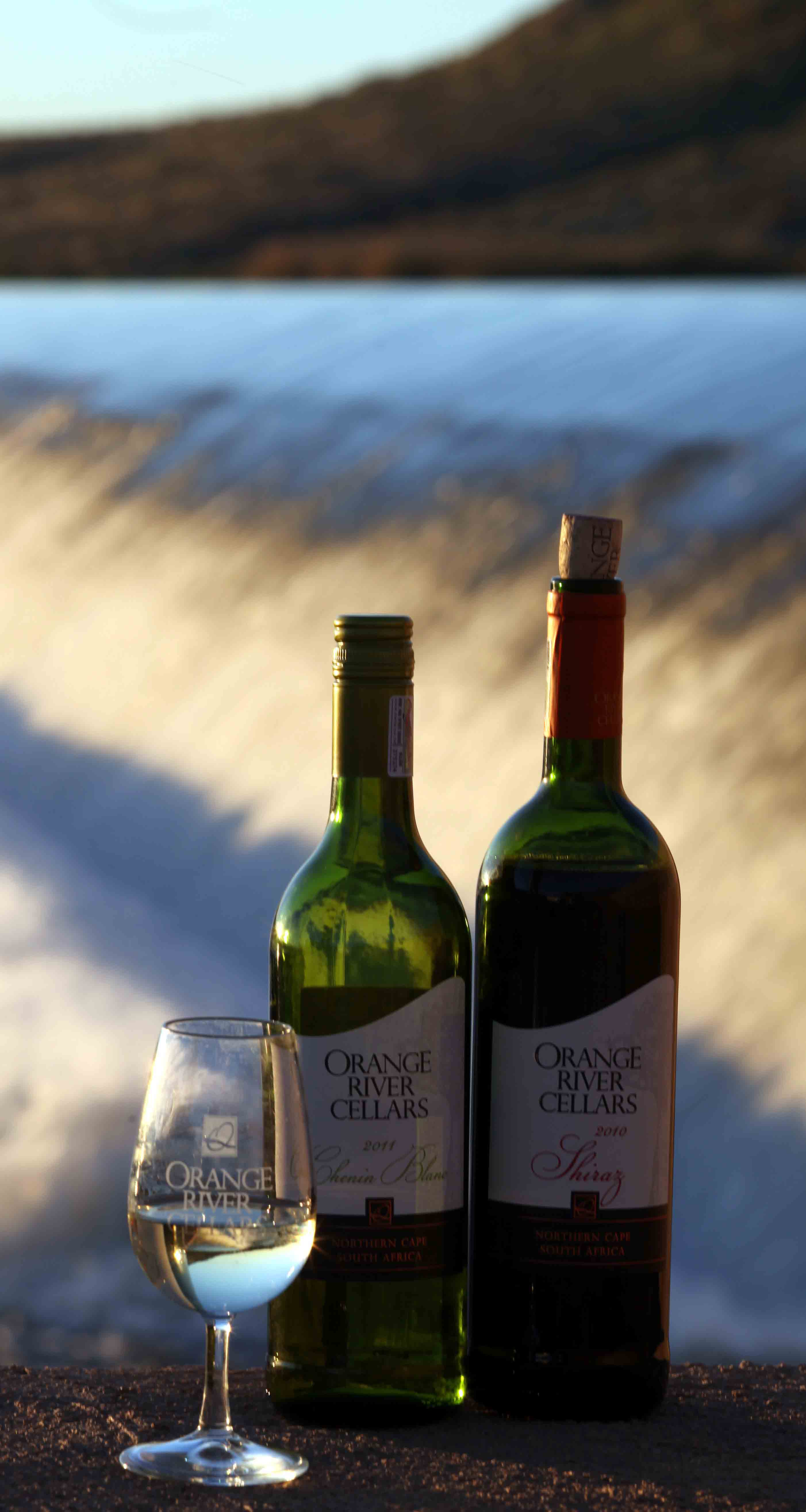