For professional reasons I often have to include the word “brand” in marketing discussions, and like rugby, pizza, blonde and car it is a word that can lead to lengthy and mixed views, with more opinions vexed thereon than strategies for world peace in the Middle East. In the wine world, however, the B-word gets pussy-footed around. Largely because real established brands are seen as big, popular things owned by large impersonal corporates producing wines that – heaven forbid – are actually consumed in copious volumes.

It is only human nature, after-all, to be attracted to wines made in two-barrel batches by a sandal-donning hippy who presses grapes to the sound of Leonard Cohen while his wife is giving a natural water-birth in the chicken coop. Industrial-sized cellars, all steel and computers and white jackets, don’t quite cut it on modish, hip and cool fronts. 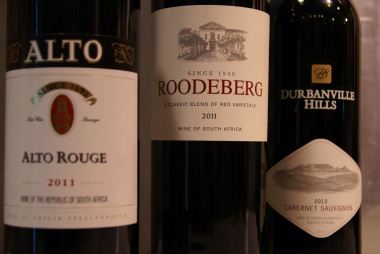 But it is the big brands that keep the South African wine industry going. Thanks to logistics and distribution systems, corporates like Distell, Namaqua and DGB get huge amounts of wine out to the public in all corners of the country, not an easy task. This keeps wine in the consumer domain. Keeps it on the shelves and in the glass. Without big wine business to get the stuff there, shebeen-dwellers in far-off North-West, KZN and Mpumalanga would still only be drinking beer and spirits in-between shots of fermented bull foreskin or other muti specials.

Same goes for advertising. Who has R40m plus to drop on an above-the-line wine campaign? So though only Nederburg and Four Cousins are seen on television and on roadside billboards, this advertising at least keeps wine and the category’s image within the public’s field of reference.

When it comes to the brands themselves, reliability and image is of importance, although the former is what makes me a keen consumer of the popular and ubiquitous labels.

Recently I found myself in a bar with a group of hunters, in the kind of area where wine is an afterthought and chicken is a vegetable. The only bottles on offer were from Distell. I was drooling for some Estate red, but knew that I would at the very least not be disappointed by the big brands on offer. 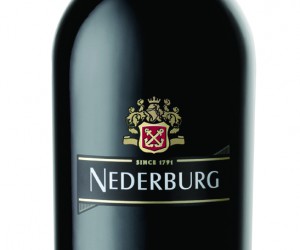 Durbanville Hills Sauvignon Blanc 2013 was promptly ordered as palate-perker, and performed just as I have come to expect. The wine has an upfront grip of cut-grass and asparagus before heading off into a forest of tropical fruits including custard apple and mango. An enticing lick of salt keeps the wine from being overtly one-dimensional, as most South African Sauvignon Blanc is, and as an aperitif out there in the wilderness Durbanville Hills did the job perfectly. Score: 892/1000.

During dinner, also had in the bar, we ate a steak the size of baby’s torso, bloody in the middle but seared to darkened crustiness on the outside. Alto Rouge 2011 was on hand to provide the meat with some companionship. And once again, here was a perfectly agreeable wine. Well-made. Balanced. No airs, just a good red.

It has a definite dry, old-school South African presence, although the Shiraz adds a plushness to suit newer palates. The blend’s Cabernet Franc component balances the Shiraz’s fruit-driven promiscuity, providing an Old World elegance and a grumble of gravitas. Bramble and pine-needle are complemented by a slight smokiness and hints of dried tuna and carpaccio. A very gluggable wine, 887/1000 and we had two bottles.

Later on, for the sake of journalistic diligence, I had a Nederburg Baronne 2012, a wine which is as much a part of the South African wine narrative as labour unrest is to the mining industry. Baronne is a blend of Cabernet Sauvignon and Shiraz, and for those who have not yet experienced it, in township taverns the name “Baronne” is a generic term for any red wine such is its legacy among the general populous.

The wine is soft and dense, with a powerful whack of pure South African Cabernet Sauvignon tasting of wet biltong, mulberries and fynbos. The Shiraz component is pretty much like the presence of Jannie du Plessis in the Springbok rugby team: you know it’s there somewhere, but don’t really bother finding it. Yet it bulks out the Cabernet, making the Baronne truly accessible, deeply satisfying and ensuring that you get what you see. Score: 847/1000.

Big brands might well bark the loudest, but do not undrestimate the bite. They deliver on both fronts.

One thought on “Don’t Be Afraid of the Brand”