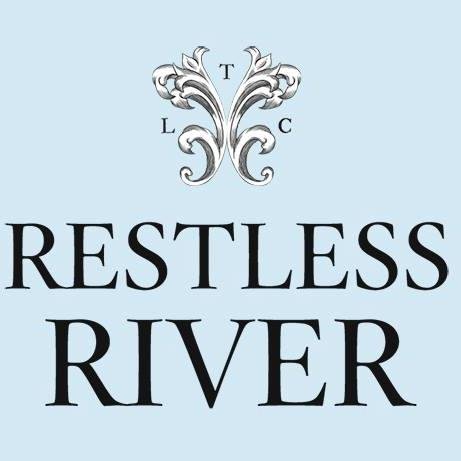 The exclusive all-or-nothing focus on terroir and the ramblings of minimum-intervention winemaking are dead, and I don’t want to hear about it no more. The over-used cliché of “wine is made in the vineyard” needs to drop to the bottom of a barrel, turn into sediment and be racked off. Flushed away.

In backing this, I turn to the reassuring quote of Duimpie Bayly, ex-production head of Stellenbosch Farmers Winery and a legendary winemaker: “People want to say wine is made in the vineyard,” says Duimpie, “but I’ve yet to see a horse win the Kentucky Derby without a jockey.”

Of course, geography has a profound role to play in providing the base-material for wine. And all that talk of mountain-hugging vines, ancient soils of decomposed dinosaur skulls and icy maritime breezes bearing the scent of perspiring mermaids, well, makes for great copy. But at the end of the day, without the mind, the soul and the hands of homo sapiens there would be no wine. Nada.

Despite being a firm believer in this logic, its relevance has been further driven into me by my spending time listening to Craig Wessels of Restless River, the winery in the Upper Hemel-en-Aarde. And a recent introduction to the latest wine releases from this respected property cemented the case that in wine, the symbioses between human and nature is non-negotiable. The one gives, while the other takes and creates. Honouring the giver with that red or white liquid Ernest Hemingway called “the most civilised thing on earth”.

Restless River’s focus is on three wines: Chardonnay and Pinot Noir, as befitting a farm in the Hemel-en-Aarde, and then a Cabernet Sauvignon. The latter is something of a curve-ball due to this patch of ocean-side cool-climate earth not usually associated with Cabernet Sauvignon, but which is turned into an agreeable drop of classic red vino by Wessels in his modest and rudimentary cellar.

All Restless River wines are each sourced from and named after their own vineyard. A granitic element plays a profound role in the soil structure, together with the much-touted Hemel-en-Aarde coolness, all helping to grow good base material. Once that work is done, it’s over to Wessels’ admittedly creative approach, which is one-part curiosity, one-part wonder and two solid parts of knowing exactly what he wants.

And he gets there without the baggage and pre-conceived ideas drilled-in by years of tertiary wine classes and overseeing from senior winemaker bosses. His winemaking was learnt by youtube, as well as looking and listening to the mates around him. The rest comes from that mysterious place where intuition originates and gut-feel starts.

The new Restless River Ava Marie Chardonnay 2018 underscores the fact that South Africa is currently making the best Chardonnay in the New World, and then some. The vineyard is picked at various stages of ripeness, from a bracing edgy greenish batch for an acid-bank, to a mid-level fruit-forward spread for texture and poise, followed by a riper section for fruit-whistling closure. Natural fermentation yeasts are drawn into the process, as in all the Restless River wines, and the Chardonnay aged for 11 months in vessels deemed appropriate for getting the right feel and taste: 90% in French oak of which 7% was new, plus a 10% amphora-aged component for verve, swank and feral undertones.

Taste is not all, and Wessels admits to being obsessed with texture. It is a healthy obsession as the wine captures and fully rounds-off the experience. In the 2017 Ava Marie there was an eerie hit of ginger, taking the white fruit and flowers to a new dimension. Here, in 2018, a furious blast of citrus and green plum sap excites the senses before they settle down to be bent-over by the glorious harmonies of fine Chardonnay traits: hay drying in long soft sun, cracked almonds, jasmine and a reassuring stream of sun-lit mountain water. The effect this wine has on the person is one of joy and calm, life-affirming and the privilege of gaining a glimpse of the curious wonder with which the winemaker approached the making.

On the Pinot Noir side, Restless River Le Luc 2019, is less unbridled than the Chardonnay, showing a greater tone of reverence and respect for this blue-blood Burgundian variety. It is also one of the wine’s representing the monumental improvement in the Cape’s Pinot Noir offerings which has largely been driven by Hemel-en-Aarde. Also a single-vineyard, Le Luc’s berries were subjected to 30% whole-bunch fermentation, the taking on of time and age being done over 14 months in 500-litre oak barrels, of which 25% were new.

The wine is text-book Pinot Noir in the offering of cherry, crab-apple and spilled mulberry-pulp with the characteristic mysterious auras of mushroom-stem, turned organic earth and crushed centipede lurking, broodingly, in the background. Once again, mouthfeel is as completely perfect as a Roger Federer back-hand. Supple, sinewy tannins move the freshness around the palate, allowing the senses to explore completeness of depth and experience that sweet-spot where things animalistic, wild and overgrown meet the craftmanship of the human hand and the deeper inner-workings of the mind.

It is a match made in heaven, lived and experienced on earth. As meant to be.

2 thoughts on “Restless River: Greatness is only Human”