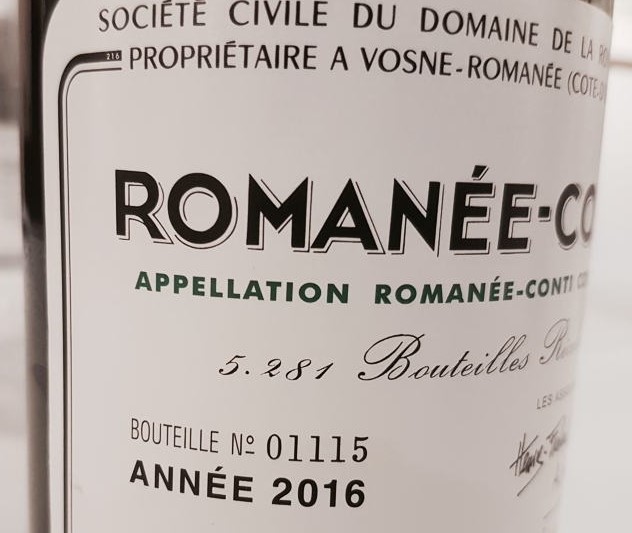 Times are tough in certain sectors of the wine industry, so much so that rumour has it quite a number of this year’s wines are requiring treatment to correct the salty flavours of tears present. Cowboys may not, but winemakers do – sometimes – cry.

Wine can be something to cry about. I did. Upon hearing what recently happened to a friend. As for the friend, well, he is still too traumatised to weep.

Heinie loves his wine. Besides Stellenbosch Cabernet Sauvignon, this man is hooked on Burgundy. So, in May last year, his mother passed away. His tears had scarcely dried when Heinie found out he had inherited quite a pile of cash – more than he had bargained for. Mom’s vices – of which playing the horses was one – had apparently paid off. Perhaps Heinie’s old man should have stuck around instead of taking-off with that bimbo foodie influencer, she of the double-barrel name and single-digit IQ.

So Heinie puts R250k aside. For a trip to Beaune. Well, that was what R150k or so of the sum was for. The rest was going to go towards purchasing a bottle of Romanée-Conti. And he knew just the place where a guy could make a deal to get this wine. ’Cos you needed serious connections to get a bottle of this. Even in Burgundy. Even right next to the bloody vineyard.

Now, in the town of Vosne Romanée, there is a restaurant painted red. I know it well. The best coq-au-vin and a huge cheese trolley served by a guy who looks like an Illovo bouncer with a penchant for Mickey Mouse ties.

In any event, this restaurant has a small allocation from Romanée-Conti, seeing as the vineyard is a few hundred meters away. What’s more, the proprietor has unique connections with DRC, see. He allows restaurant customers to buy wine for off-consumption. If they can drop the Euros, the wine is there’s.

So that was where Heinie found himself a few months ago. He had lunched well on his own on calf’s cheek in cream and mushrooms. Filled-up, the proprietor had taken him to the cellar where Heinie selected his own-to-be bottle of Romanée-Conti from a wooden crate. Vintage 2016. The price: 6 200 Euros for the bottle. He said a quick thank you to the memory of his deceased mother before slipping the bottle into a padded leather wine carrier he had brought along for the purpose.

Returning to his table, he ordered a coffee. He took the small cup outside and lit a small Partagas cigar in the crisp winter air. Over the restaurant’s garden wall he noticed a dove dragging its wing around. Being an animal lover, Heinie jumped over the knee-high barrier and chased the dove – eventually cornering it. He picked it up, noticing its warm body and, being the guy he is, quickly deciding the dove was yet too small to be eaten. When he put the dove down, it flew off. As if Heinie’s hands had brought the wing back to life. Perhaps, he thought, this is a sign of renewal. A second wind across the arid plains of middle-aged life. A living dove. A bottle of the Big DRC to take back to the Cape. Life, he thought, could be good.

He smoked the cigar half-way before returning to the restaurant. Two burly men were sitting at his table. Speaking Afrikaans. It was, of course Philip and Marius. His pals from Pretoria, who were also in France, scouting out accommodation and sightseeing possibilities for the Rugby World Cup to be held in there in 2023. They’d arranged to meet up.

Heinie smiled and shouted a typical friendly greeting in Afrikaans, something like: “Hey, what the hell are two pricks like you doing in a decent place like this?”

They laughed and asked Heinie to join them at his own table. Sitting down, Heinie noticed three full glasses and an open bottle of wine. An open bottle of Romanée-Conti 2016. Lying next to it was a corkscrew protruding from a Swiss Army Knife.

“Service bloody slow in this joint,” said Marius. “Now I can see why you brought your own wine.”