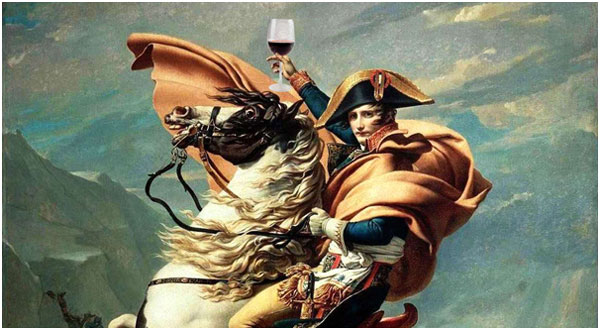 Last time I looked, the offering of South African wines was running to over 8 000 different units varying in prices, styles and types of packaging. That is a hell of a lot of wine diversity in a country only making 4% of the world’s wine, but this also gives one an idea of the plethora of wine brands available to the local consumer.

This diversity is fantastic, as it underscores the excitement and diversity of an industry that is not resting on its laurels. New vineyard-sites are being discovered, broadening the terroir-driven offering of the country’s wines. Producers are experimenting with relatively newer cultivars, such as Alvarinho, Assyrtiko, Alicante Bouschet and Verdelho – to name a few. And winemakers are pushing the envelope, embracing off-kilter winemaking techniques such as amphora maturation, skin-contact and carbonic maceration.

When speaking of wine South Africa, there is a lot going on. But when it comes to selecting a few wines to represent the greatness the country has to offer instead of the cool and trendiest, one tends to revert to the classics. Wines that have stood the test of time and whose provenance and consistency of quality have earned the titles of South African classics and are recognised as such in any part of the wine-loving world.

Right on top of the list would have to be Vin de Constance from Klein Constantia, one of the world’s most famous wines that happens to originate from the Cape. The story of the sweet wines from Constantia wooing the royal courts of Europe in the 18th and 19th centuries, inspiring authors such as Jane Austen and Charles Dickens as well as providing joy to the last days of Napoleon while he was exiled on St Helena, are well-known. And have definitely helped play a role in creating a legend around the Vin de Constance that few other wines of the world have privy to.

Add the classic 500ml antique bottle in which the wine is presented, and you have a legend in a bottle before the thing is opened.

My interest, however, lies with that stuff inside the bottle, and here the Vin de Constance’s image is complemented by the juice also happening to be one of the best sweet wines on planet earth. Made from Muscat de Frontignan, one of the original grape varieties Jan van Riebeeck planted shortly after settling at the Cape in 1652, Vin de Constance has perfected the art of creating a wine that is both decadently sweet and naturally fresh and alluring.

Unlike the sticky fortified Muscadel wines also made from this grape, Vin de Constance’s honeyed opulence comes from harvesting Muscat grapes that are at the over-ripe, raisin-stage. The wine is fermented and aged in barrel, undergoing a strict process of selection ensuring quality standards are met.

Vin de Constance 2015 is currently on the market, and while the wine can age for five decades or more, even at such a youthful stage its greatness is evident. Pale gold with a slight hue of autumn leaf, the wine exudes a perfume of rose-petals, cinnamon and tobacco, all very subtle. The taste is sweet, all dried peach, poached pear and fresh apricot. But the beauty lies in the structure, the life-affirming fresh acidity breaking through the opulent sweet layer to provide an invigorating luscious zest. If Napoleon did not survive this wine, nobody would.

The fact that Meerlust Rubicon is another statuesque South African classic has been witnessed by my travels as well as conversations with wine buyers and restaurateurs world-wide. This Bordeaux-style red blended wine originated in 1980 from the Meerlust Estate in Stellenbosch which has been in the Myburgh family since 1756, the kind of historical lineage that does play a role in giving any wine a modicum of respect.

Throw-in a dramatic black label and a ballsy, confident name such as Rubicon, and this wine too has Big Hitter written all over – before the cork is pulled. 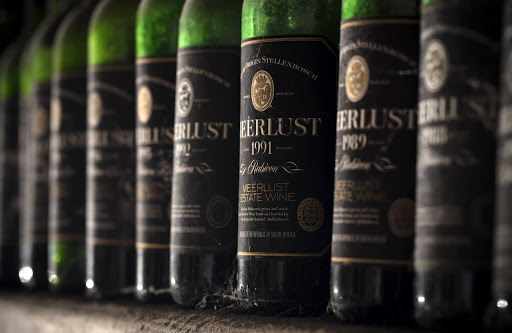 The Rubicon 2016 is blended from Cabernet Sauvignon (49%), Merlot (28%), Cabernet Franc (20%) with a 3% splash of Petit Verdot, and stylistically it is definitely one of the top red wines from South Africa.

When Nico Myburgh, father of current Meerlust-owner Hannes, conceptualised the Rubicon in the late 1970’s the idea of a classic Bordeaux-styled wine was top of mind. And today this is what drives the wine, a pristinely Old World purity continuing to characterise it and underscoring the fact that of all the New World wine countries, South Africa’s umbilical cord to the Old European classics remains the firmest.

From the purple-black colour to the aroma of pine-needle, graphite and stewed prunes, Rubicon wears a regal crown and a cloak of elegance. Being a bit young, I decanted the 2016 and left the wine to gasp at some air before drinking. The flavours were a harmonious combination of sour cherry, plums and mulberry with just an edge of fynbos to add a desired touch of the exotic and the adventurous.

But the beauty lies in the long, lean tannins that give the wine a captivating presence of aligned red wine flavours and a memorable finish. The Rubicon 2016 might not be as loud and commanding of presence as the 2015, but still is a truly formidable wine.

No talk of great South African wine is going to be complete without mentioning the P word, namely Pinotage. This home-grown grape began in 1924 as a crossing between Pinot Noir and Hermitage (Cinsaut), with the first commercial release being the Lanzerac 1959.

For greatness in Pinotage, I am selecting the Diemersdal Pinotage Reserve 2018. Perhaps not as well known for Pinotage as Kanonkop of Beyerskloof, Diemersdal Estate in Durbanville has proven its class act with the grape by last year winning an Absa Top 10 Pinotage Trophy for the eighth time.

This is in part due to the fact that although of late being known as primarily a white wine region, Durbanville has a rich history for red wine. The cool air from the Atlantic and the soils of shale and clay are conducive to growing red varieties, allowing for long, cool ripening periods. Diemersdal’s vines are never irrigated, allowing the vines to grow and grapes to ripen under unfettered, natural conditions.

The grapes are fermented in open-top fermenters after which the wine is aged for 16 months in 225l barrels of French oak – 40% new. While the wine will mature with grace, the Diemersdal Pinotage Reserve 2018 shows that the variety has magnificence in youth. The tannins are muscular and broad without being overwhelming and carry an array of black fruit and plums with an intriguing spiciness on the finish. A touch of sunny sweetness brings charm to the wine, and it will shine forever. As classics should.