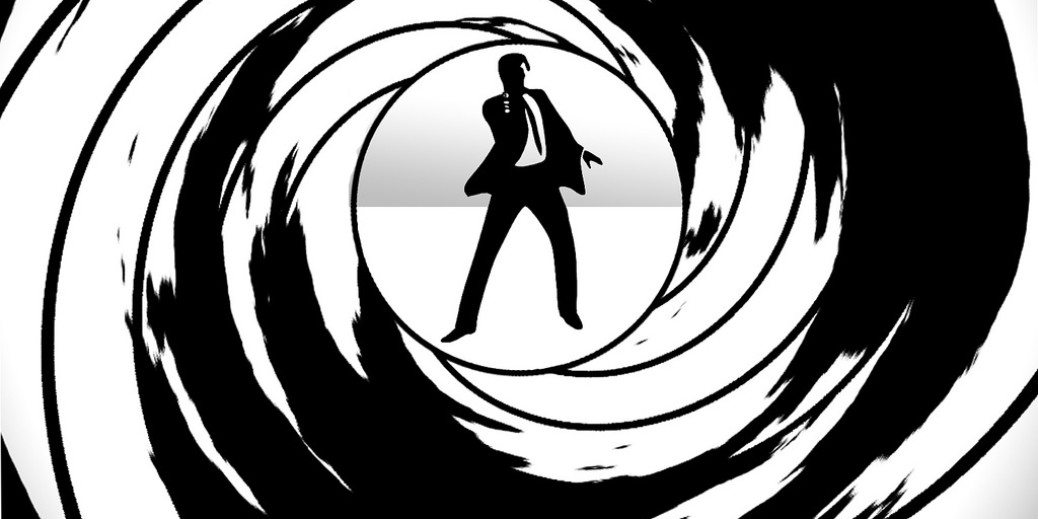 I must have been about 11 or 12 when I knew that me and wine were going to have a tight relationship. The book I was reading was a James Bond, Gold Finger to be precise. And there Bond was, in white jacket and bow-tie, eating seafood with his famous nemesis, the evil Blofeld. And together with the sweet flesh of huge crabs, sauced with melted butter, Bond and Blofeld were drinking long, cold draughts of rosé Champagne – from iced pewter tankards.

It all sounded so deliciously decadent that I spent the rest of the book looking for bits about cold wine and food rather than my usual search for passages depicting illicit scenes of Special Agent James Bond in horizontal entanglement with a lithe beauty by name of Pussy Galore, Clitmarie Wishwell or Vulvatia Bonkstill.

Champagne has been pretty much “it” since those early wishful days, and I have subsequently been able to drink deep from the fountains of that region. It is the one wine that whets the appetite for life as much as it slakes thirst. Bubbly is diverse in not having any borders or restrictions as to which hours of the day or night it can be sipped, nor the foods it is capable of complementing.

There are 50 million bubbles in every bottle, and I want them all.

Of course, here in the Cape of South Africa one is fortunate to be in the very place where the Méthode Cap Classique originated in 1971. This be bottle-fermented sparkling wine, made to the full requirements of the traditions followed by the Champenoise, yet presenting the terroirs of southern soils and showcasing the skills of red-blooded South African winemakers more than able to nurture the legacy of Champagne, as founded by Dom Perignon way back when.

Fortunately the quality of this brilliant drink that Cap Classique is, is recognised by the local imbibers, the category being one of country’s few that is not sliding in sales.

The name Pieter Ferreira is about as synonymous with Cap Classique sparkling wine as Beyers Truter is with Pinotage and James Bond with shaken Martinis. As cellarmaster of Graham Beck, Pieter has not only been at the coal-face of a brand that raised the bar for the quality of South Africa’s Cap Classique offering, but has been instrumental in adding a personal, engaging profile to a wine category that is – as mentioned before – on the up. Locally and internationally.

Those who have been privy to Pieter’s insights will know that behind the bright-eyed effusive personality, lies a disciplined scientific approach to the alchemy involved in creating sparkling wine, as well as a Burgundian-like fanatical approach to vineyard and terroir. 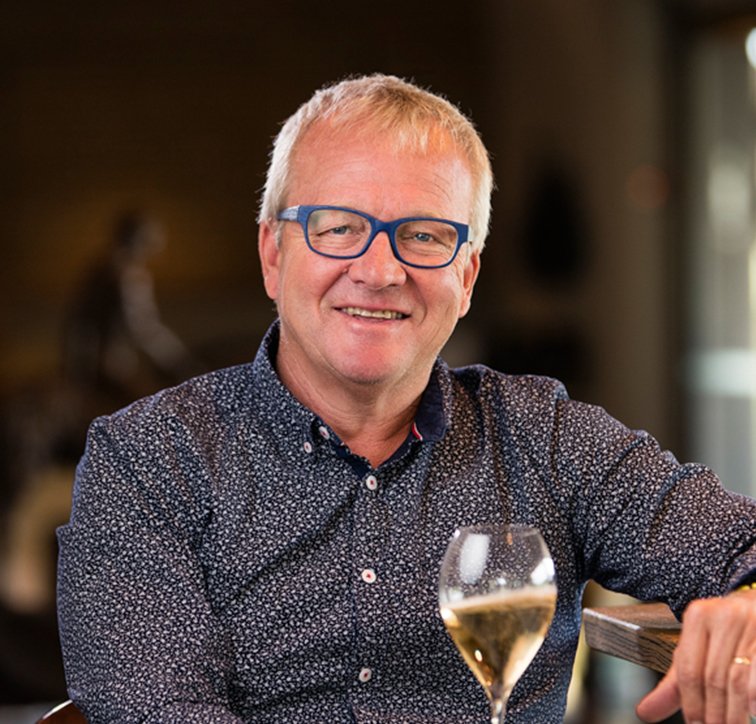 A bottle of Cap Classique bearing the name Pieter Ferreira, such as that which has been seen in the market over the past few months, attracts not only the eye of a lover of bubbly but also about as much expectation as Indiana Jones had when he found himself outside the cave leading to the Holy Grail.

Pieter Ferreira Blanc de Blancs 2012 it is, the second sexy part for me being the Blanc de Blancs bit, as personally I find Chardonnay to be both the yin and the yang as far as bubbly wine goes. I like the clarity of the fruit expression, love the layered complexity.

For his maiden solo venture, Pieter tracked down grapes in Robertson and Darling, the latter being a vastly underrated area for Chardonnay. Maritime climate. Chalk soils. Constant breezes off the ocean and from inland. Brilliant.

The base wine was fermented in steel and wood before the bottle-fermentation was primed, the wine spending 60 months in glass. After remuage and dégorgement it was given six months on the cork.

The extent of Pieter’s astonishing Graham Beck Cap Classique portfolio had me wondering what this solo project was going to offer in a positive, add-value way instead of just an eponymous label. Yet, among the very fine aspects of this Pieter Ferreira Blanc de Blancs 2012 is its individuality, and for me I cannot think of a stylistic equivalent among the 200 or so Cap Classiques on market.

In the glass, the wine has hues of pale gold and straw, the bubble float being vivid and bursting with energy. I smell white flowers and cut pear, with a splash of oyster shell and tidal kelp. The attack on the palate is like that of a well-dressed, slightly dandy Prussian cavalry officer: loud, broad and quick, yet settling down to offer a charming smile before charging at you with a flashing sword. 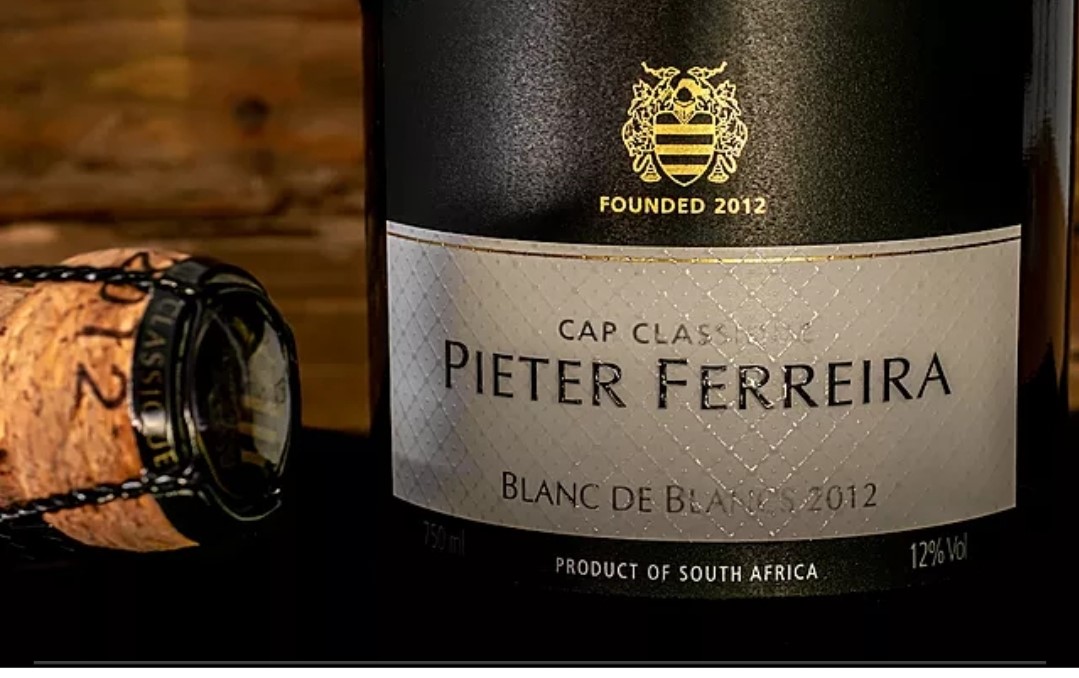 There are marvellous tastes as the slash of effervescence calms, from the typical green apple, Key Lime peel and Honeydew Melon to more surreal notes of fermenting sourdough mother, freshly crushed fennel and raw scallop water. But more than any other wine, sparkling relies on the sensation it offers the drinker, the way it breaks on the palate and the manner it bursts in the mouth.

Here, the Pieter Ferreira Blanc de Blancs is quite sensational in that the complexity and clarity of taste is carried by a symphonic surge of textural finesse. There is a creaminess, sensual and whispered, as well as an eye-wateringly brisk and bracingly alert freshness. The wine trumpets its natural origin of grapes, soil and sun, while at the same time presenting the deft, elegant strokes of a master in tune with his soul’s restless search for the perfect bubble.

It is a beautiful wine; shakes your world, stirs the soul. Thank goodness we only live twice.