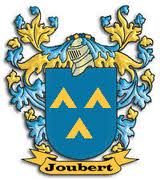 There may have been a few deviations over the past 340 years, but it is with immense pride, humility and gratitude that I can lay claim to my DNA including South Africa’s oldest wine-farming ancestry.

The Joubert side, which arrived at the Cape on 20 August 1688 in the form of Pierre Joubert from La Motte d’Aigues in the Luberon, saw that part of the forebears leading the way in the French Huguenots’ remarkable contribution to South African wine culture. Oupa Pierre had scarcely walked ashore at Table Bay when he was already scoping out the local terroir, reading the winds and deciding that if he was going to continue the family legacy of vinous excellence, he better get hell out of Cape Town. Head north-east to the mountains and valleys of Franschhoek, where he founded La Motte Estate.

Then there is my Louw lineage. Two decades before Pierre and the other Huguenots had to hot-foot it from France so as to avoid some zealous anti-Protestant beheading, the Louws were already making wine next to the Liesbeek River in the Cape’s Southern Suburbs. Here Broertjie Louw had been farming since 1660 on the farm Louwsvliet, where Newslands cricket ground is today. One of a handful of VOC free burghers given permission to go farming, Louw was the only true wine farmer among them, having a working cellar and making wine that hugely impressed the Cape’s first wine critic, one Jan van Riebeeck.

While Thys Louw from Diemersdal is keeping the flag flying from that side, the Jouberts have spread their wings throughout the winelands. This week-end past, a few of us gathered at the Barrydale Art Hotel to present wines with a Joubert theme. A chance to pay moving homage to Pierre who laid the foundations of our wine connection. Sure, a good few delinquents had turned up in the clan over the years, but the contribution wine-wise is generally seen as solid.

My choice of Joubert-themed wines ran to an item from Spier, the iconic Stellenbosch farm that was between 1965 and 1993 owned by the Joubert family, the legendary Neil Joubert being patriarch. Under oom Neil’s ownership, Spier had the most Pinotage plantings of any South African farm by 1980, but was especially known for its Chenin Blanc.

I procured the Spier Farm House Organic Chenin Blanc 2016 with a little help from my buddy Anton Swarts in the Spier winery. This wine is from a vineyard growing on Spier itself, rooted in those very soils which oom Neil trampled in his quest to continue the Joubert legacy and leave his own footprint. Which he truly did.

There is, fittingly, something very old school about the Farm House Chenin Blanc. It gets all the traditional treatment deemed trendy these days: wild ferment, maturation in large used French oak and a few months aging in old wood.

But while many modern Chenin Blancs made in these so-called traditional ways boast a feral, hands-on oxidative hint, the Spier Farm House Chenin stays as true and pure as the clear waters of the Eerste River running through the property.

On the nose, the wine shows fresh oak leaves, crushed green acorns and a whiff of gremolata. The attack on the palate is broad, assertive and stout, a silky texture quickly removed once the natural acids begin to emerge. Spectacularly complex flavours abound here, and oh it is very lovely. Pears, ripened by long sun-filled days. A slice of lemon meringue, made using half the castor sugar allowing the zing of the citrus and the splash of winter fruit to elevate the senses. On the finish, the wine is cool and relaxed, brimming with confidence in a smiling, headstrong manner. There is sun and joy and life in the wine, but also enough drama to create a slight sense of emotion. And why the hell not?

Joining me for the Joubert presentation was Cobus Joubert from the Barrydale tribe also known through his brother Meyer, now farming the family spread on Joubert Tradauw, and Schalk-Willem who is busy setting-up a new wine venture on the Helderberg.

Despite the brilliance of the Spier Chenin Blanc, nothing was going to prevent Cobus from stealing the show with the Jaubert Muscat d’Alexandrie, a dessert wine originating from a barrel that has been in his family for 200 years. The wine is still on the original lees and gets topped up every once in a while, with the gravitas of heritage still spectacularly present. 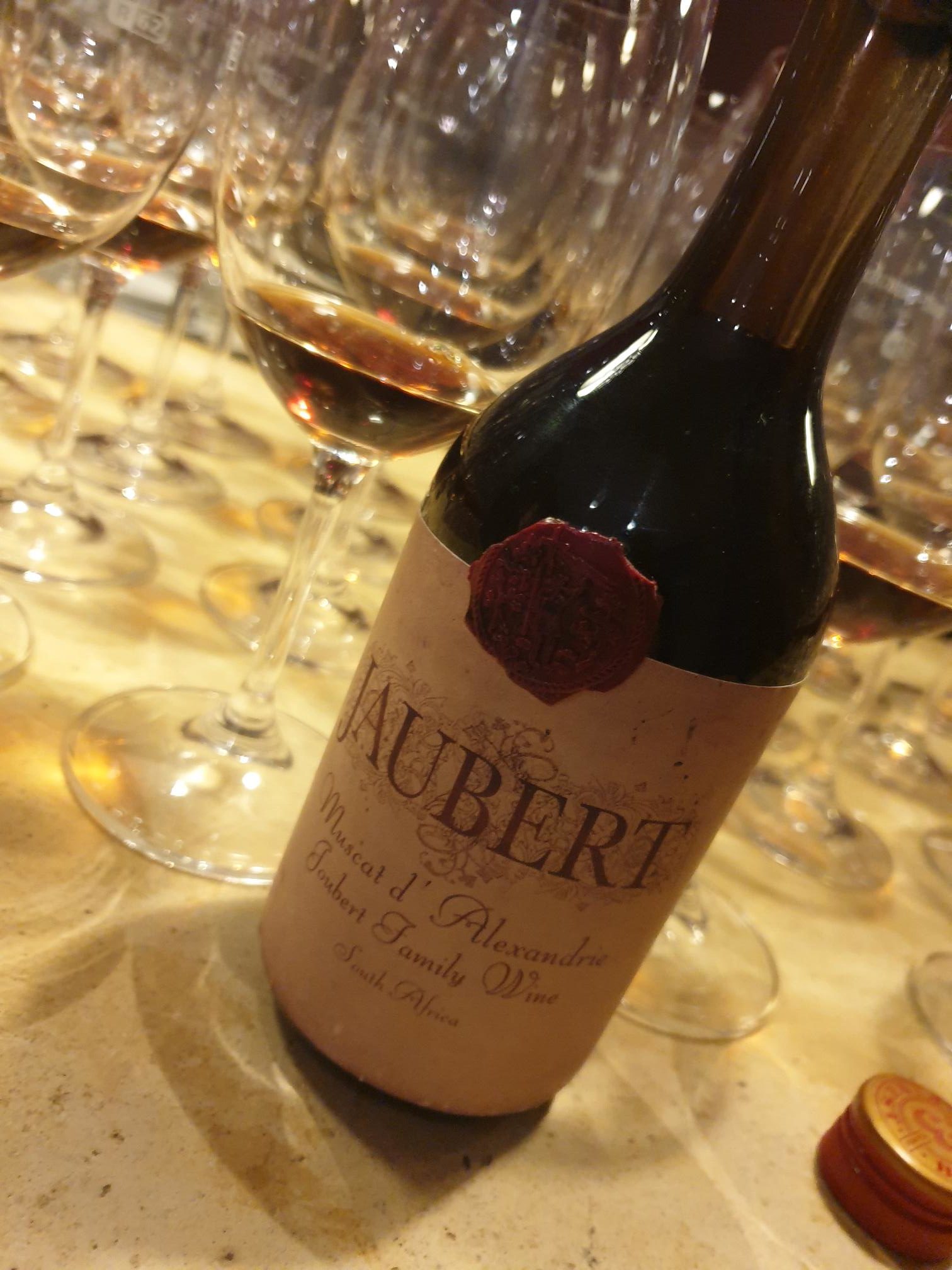 Cobus poured the wine after dessert, and despite the assembled crowd already being in full vocal swing, the presence and the aroma of this rare elixir brought the kind of silence reserved for funerals, Namibian deserts and medieval monasteries. The wine lay like burnt gold in the glass, the smell intoxicatingly rich and opulent: old leather satchels, hand-stitched by the grieving widows of Sicilian hitmen. Fermenting Cuban tobacco-leaf. The scent of a Parisian patisserie as the caramel eclairs are removed from the oven.

And in the mouth, the taste, something unbelievable. This wine is just unbelievable. Black honey stirred into an aromatic espresso. Old school treacle sponge served in the wood-adorned hall of an English public school. Fresh, hot tar under a Karoo sun. Dried figs, still syrupy and moist. Dates from the banks of the Nile. Oozing, thick, fat prickly pears.

But, still, a delicate thread of freshness through the wine which, of all the wines being poured from South Africa today, is the country’s true masterpiece.

Poured from small antique bottles, it’s magic that runs in the family.