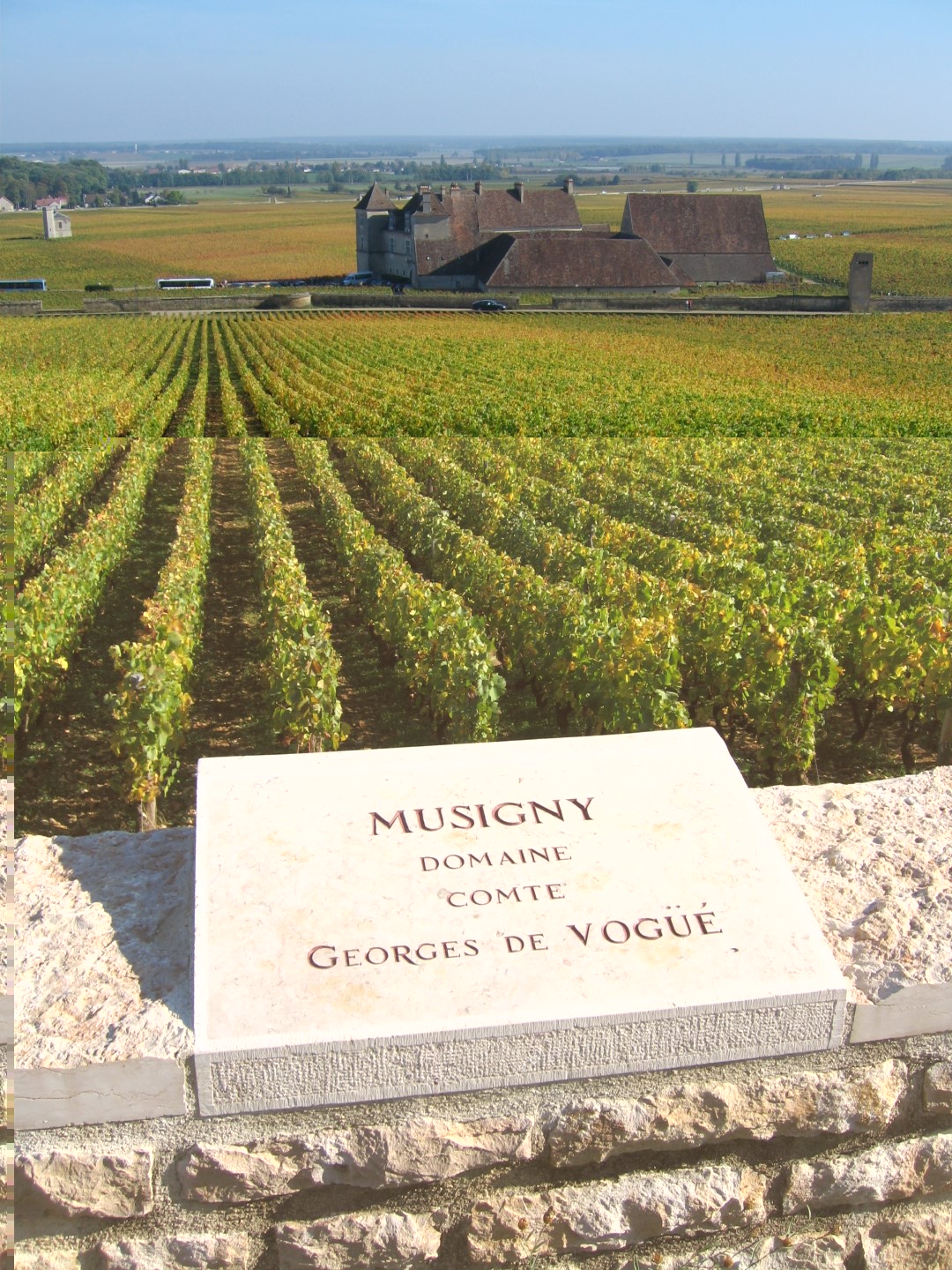 Burgundy breaks you, and I am broken. Slowly, though, just beginning to pick-up the pieces after a head-on collision with the power and the beauty, totally seduced by the devilish-angelic allure of one of the greatest producers from the world’s most revered wine region.

Nothing seems quite the same anymore.

It’s been a few weeks now since the iconic wine artists Domaine Comte Georges de Vogüé came to town. Wine importers Great Domaines put together a show here in Cape Town that for the assembled followers of Burgundian wines was akin to music buffs seeing a lounge concert by Pink Floyd and Neil Young, with Eric Clapton making an appearance on lead guitar.

De Vogüé in Chambolle-Musigny on the Côte de Nuits is one of the oldest domains in Burgundy with a traceable history going back to 1450. The town of Chambolle took its name from champ boillant (boiling waters) due to the hectic torrents of the flooding Grone stream. Musigny, name of its famous vineyard and one of Burgundy’s most supreme patches of God-sent earth, was affixed to the Chambolle name in 1878.

The Musigny vineyard is 10.86ha, over 90% Pinot Noir with the rest the only Grand Cru Chardonnay in the Côte de Nuits. Of this vineyard, De Vogüé owns 7.25ha. Prized as this healthy Musigny component is, De Vogüé’s other vineyard ventures are not too shabby. There is the 2.75ha Bonne-Mares Grand Cru, another 0.56ha of Les Amoureuses Premier Cru and 1.8ha of Villages Chambolle-Musigny.

As if the wines shown by Great Domaines were not enough, their presentation was handled by Remington Norman, the owner of the coolest name in professional wine circles and a genuine expert on Burgundy. Remington’s wingman for the evening was Jean-Luc Pepin from De Vogüé itself where he handles commercial matters, which includes the pleasure of travelling the world to talk about one of the most magnificent ranges of wines in the world.

With respect to the two esteemed gentlemen who guided the evening, I truly cannot remember all that much of what was said as the line-up of wines was commanding all my attention. The liquids lying in the Zalto bowls were whispering and humming, teasing and challenging and inviting me into their respective lairs. The onslaught on the senses was so visceral and engaging, their presence so personal that I almost caught myself wanting to exchange Whatsapp details with the contents of each glass, leave business cards and promise to send flowers in the morning. 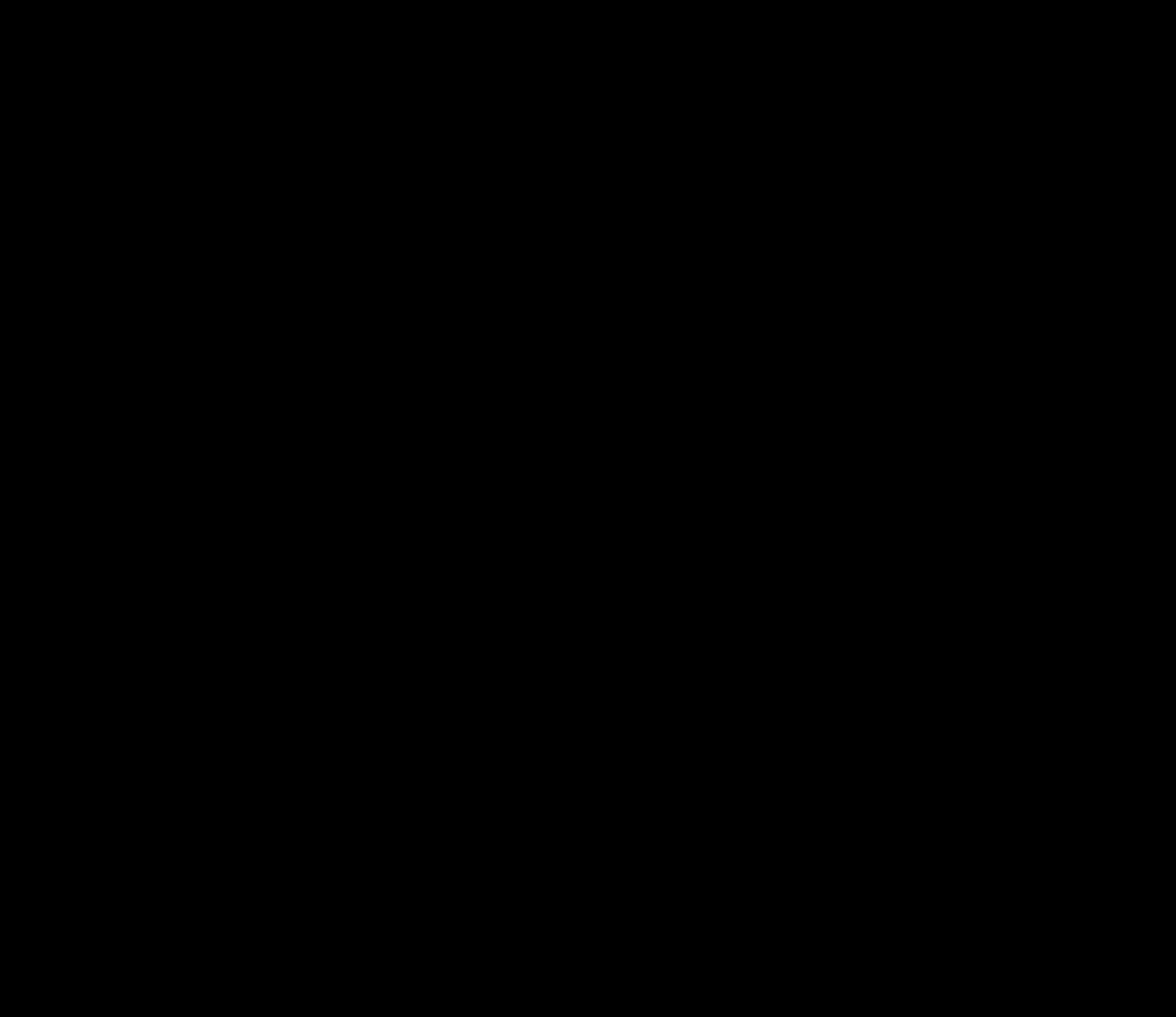 Just nosing the wines brought back everything that I find so captivating about Burgundy: the soils formed in the Jurassic period 135 million years ago when the area was covered be sea and the oysters and worms and frogs died, their shells and skeletons drifting to the sea-bed. Layering it all up. Some 65 million years later the waters withdraw from the areas that are now Dijon and Beaune and Puligny-Montrachet, leaving the calcerous deposits to be complemented, enriched by clays and shales, slate and marble.

When the Cistercian monks, the first true Burgundian viticulturists, began planting in the 11th century, they had good earth for vines, if not for much else. “The more you suffer, the closer you are to Heaven,” was their motto as they grew grapes, made wine and subsisted on the paltry agriculture crops the poor soils would hold.

The other obsession in Burgundy is purity and simplicity of expression out of that soil, an ethos transcending into the manner of the people, the hearty comfort-food and the approach to wine. Wine, there, is an emotional and human experience, so the need to describe and over-think it might be necessary to market the stuff, but is essentially not a part of the true Burgundian DNA.

Burgundy is not tasted with talk of barrel pedigrees and toasting measures, pH levels, harvest brix readings of racking frequency. For the wine is made as per the nature of “the ingredient” from each vintage and its requirements. It is the annual consummation of a relationship that is not talked about, but felt and lived.

Onto the wines, and as with all memorable acquaintances I only remember the best parts, and these were many and somewhat overwhelming.

The Village wine is a lesson to those who venture into Burgundy obsessed with wines graded Grand Cru and Premier Cru, shallowly deeming these crus to always be superior. Nonsense. For the Chambolle-Musigny Village will kick chalkstone in the teeth of at least one-third of the producers of nearby Clos de Vougeot, a Grand Cru vineyard. This but one example.

This Village wine – third-tier in Burgundy AOC ratings – is a silken glass of Côtes de Nuits expression delivering all those wonderful Pinot Noir elements that make this such a mystical grape. Polished dark fruit with a lively thread of dry blood orange. A dust of dried pimento for an exotic, thought-provoking kernel, and a lovely long, deep and satisfying finish.

The Premier Cru instantly shows a vicar-like sternness, requiring a few swirls of the glass to open proceedings. Sour cherry on the palate, tarter than the previous wine but now showing discernible depth in structure, not easily allowing the complex flavours to glow. This will, obviously, come with time.

Sticking to Premier Cru, the Les Amoureuses is heady on aroma, the palate drier, more compact and edgy – like a race-horse in the gate, hoof-stomping and randy in its urge to get going. It also has one hell of a grip, the mulberry and cut crab-apple lingering, and lingering.

Bonne-Mares Grand Cru was to be my wine of the night as far as leaving a bit of cranial scar-tissue is concerned. The nose is savoury, and fleshy with a breezy smell of lavender water, the total aroma being akin to a buxom farm maiden who had had a Portuguese shower before walking into the charcuterie store. The palate is dry, with some feral fleshiness nudging at the wild strawberry, kirsch and dry-grass. Yet, an extraordinary soft, wine gum and salted liquorice flavour lingered on the palate. It is the power of Bonne-Mares that remains. I like power.

The main event was, obviously, the Musigny Grand Cru Vielles Vignes, De Vogüé’s crowning glory and the offering that is mentioned in the same hushed tones as Romanée Conti. Sure, 2014 is a young year for exposing now, but that tasting it is an historical event of great importance, remains undisputed.

My tasting notes had three words on the first line: Perfume! Perfume! Perfume! Wet ripe grapes, fermented, pumped to wood and then sent into a bottle. Nothing else – and it smells like this? Like the Garden of Eden in Autumn, next to the beds of blue wild flowers. What goes on? 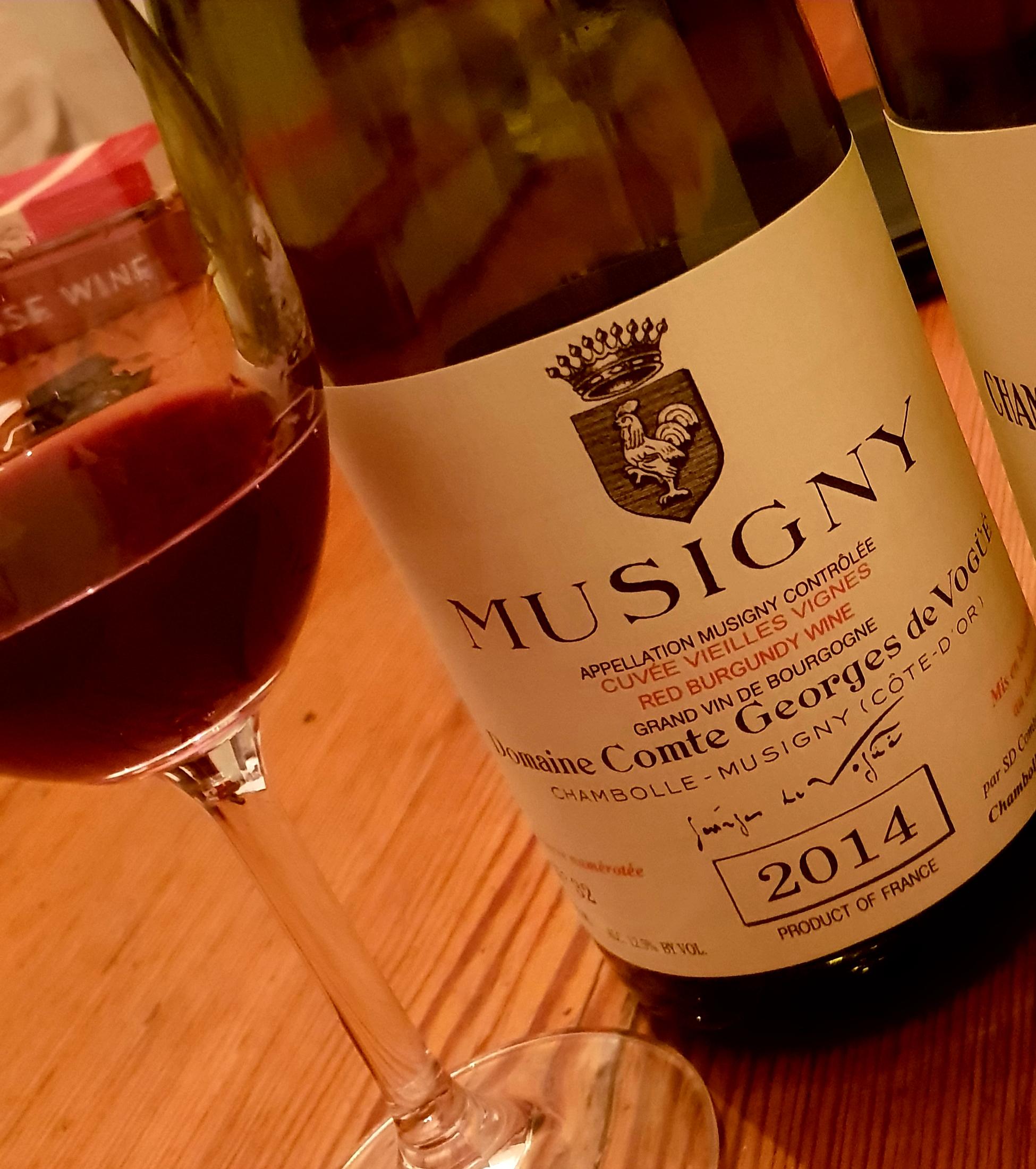 The presence on the nose continues to the palate where it is tremendously rich, both in concentrated flavours of black-fruit, black fig, spice and roasted cardamom soaked in rose water, as well as in suave texture. It lies like a piece cut from a dense silk carpet that had been wetted with myrrh. Plush and expressive, creative and disturbing.

For I am asking questions. I want to know more. How does this happen? What happened to the world to make those wines there in Burgundy? Does God know about it? And is wine life itself and is it the gateway to immortality?

I’ll find out still, even if it breaks me.