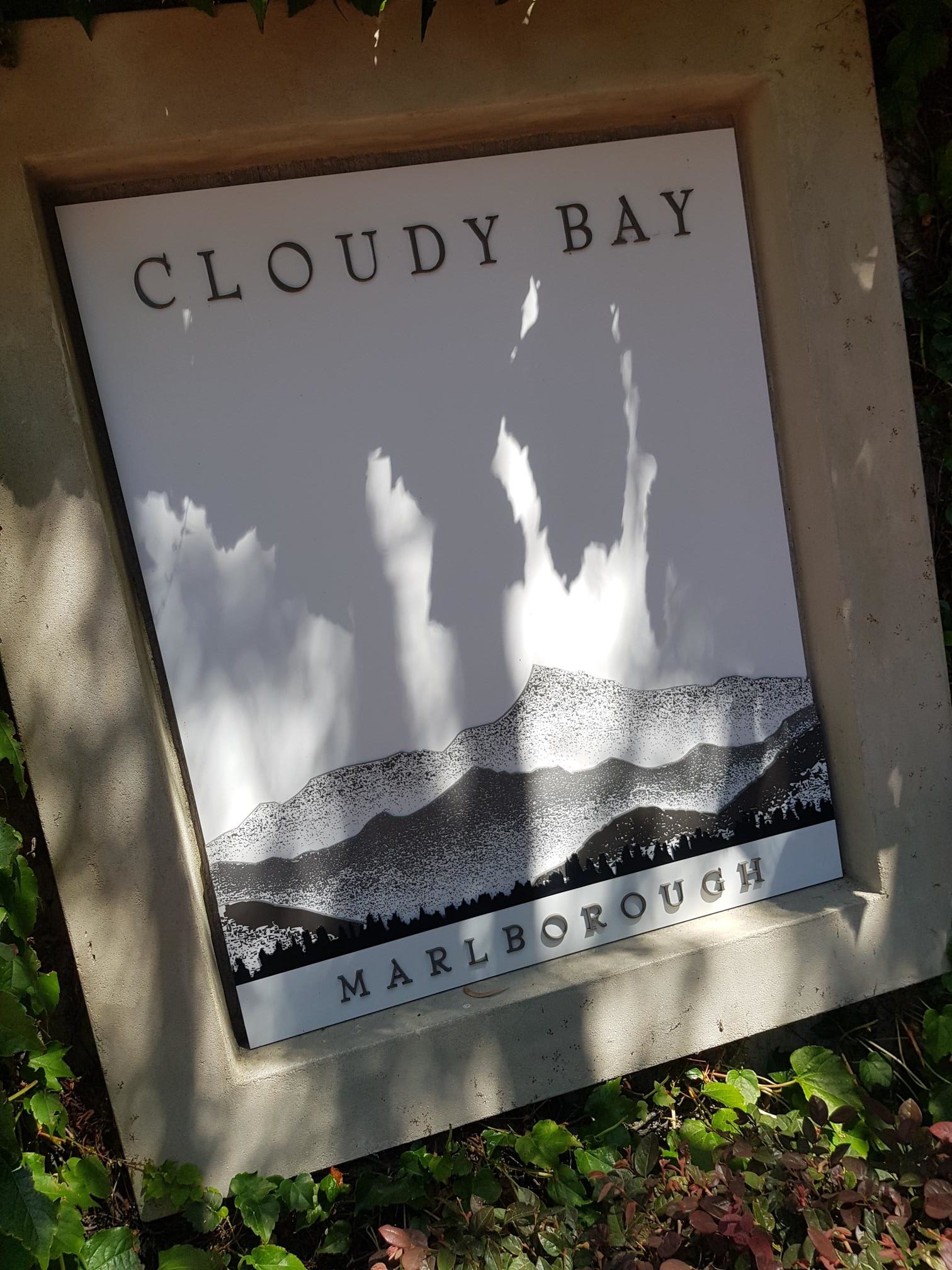 One is never too old to fall into the trap of having preconceived ideas shattered to oblivion. For some or other reason I expected New Zealand’s famous Cloudy Bay winery to require donning a waterproof and sturdy, grip-secure boots before venturing a visit.

The evocative name and New Zealand’s reputation for having a wintry climate led me to believe the winery making this world-renowned Sauvignon Blanc lies perched on some rocky outcrop on the ocean’s edge. A stony, moss-covered path would lead one through the maritime mist to a homely venue where wine would be sipped while looking out upon a steely grey sea smelling of iodine and mussel shells.

The reality turned-out somewhat different. Cloudy Bay Vineyards lies quite a way from the sea which is nowhere visible from the front door. It is a sunny cellar set among modern buildings covered with ivy to cultivate an antiquated look.

So it might be one of the first five cellars established in New Zealand’s Marlborough region, but Cloudy Bay Vineyards was only founded in 1985, making it arguably one of the youngest wineries in the world to gain true international icon status. The latter being vindicated by the fact that the global luxury goods and drinks conglomerate LVMH – as in Louis-Vuitton/Moët/Hennessy – bought this New Zealand wine brand and all it does in 2003.

Another assumption of mine I don’t mind admitting to having been proved incorrect was one of Cloudy Bay being named after a piece of ocean perpetually covered in clouds. Not so.

Yes, there is an ocean bay by that name lying about 15kms to the east of the winery. The name “cloudy”, given to it in 1770 by British explorer Captain James Cook, did not, however, refer to meteorological influences but to the soils the Wairau River had pushed into the ocean, turning the colour of the bay’s water from sea-blue to a viscous and cloud-like grey-brown.

Now, of course one visits the cellar-door at Cloudy Bay for the Sauvignon Blanc. This is after-all the variety with which Cloudy Bay played a major role in making Marlborough one of the world’s most profitable 28 000ha spreads of vine-growing turf and catapulted New Zealand from a vinous nobody to a global powerhouse in only 40 years.

As with most of Marlborough Sauvignon Blancs, when faced with the Cloudy Bay 2018 you smell the glass as much as seeing it. The region’s soils, diurnal temperature variation and southerly latitudes lead to the presence of massive amounts of thiol compounds in the wine. It doesn’t so much talk as holler elements of gooseberry, granadilla, mango-peel and cut grass.

Add to this a riveting splash of acidity and a refined approach to the lees management ensuring restraint and balance, and it is indeed a wonderful glass of wine. Perhaps it is the LVMH French influence, but today’s Cloudy Bay is far more careful in displaying its sensorial opulence than was the case 20 years ago when one would find yourself looking for a spoon before tackling what was then a fruit-salad-in-a-glass topped with dollop of canned pea-juice.

Sauvignon Blanc is, however, not the only game here. The Chardonnay is interestingly austere and salty, although nowhere nearly in the same class as a South African Top 10. Cloudy Bay Te Wahi Pinot Noir from Central Otago has an attractive perfume and tasty blackberry concentration, but did not move my world.

But two wines did.

First-up was the Cloudy Bay Pelorus sparkling wine which is the best bubbles I have tasted outside of Champagne. The non-vintage brut is a blend of Pinot Noir and Chardonnay from Marlborough and the bottle I was poured had been subjected to seven years on the lees. 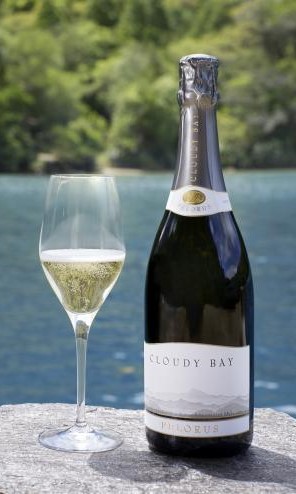 New Zealand’s tag-line of “Pure Adventure” is neatly encapsulated in this stupendous offering. Here one finds none of the cloying overdone bready-yeast and sourdough-toastiness so many Cape Cap Classique producers are obsessed with. Fruit, acid, place and life combine with sun and soil to offer a smile-inducing sparkling wine experience which was to me as exciting as it was unexpected and new.

The wine is dry and clean, but contains a medley of gorgeous flavours ranging from crushed pomegranate pips to rose-petal and shucked mussels. I can still taste it as I think.

So, is there a great wine in New Zealand? One that would be judged to be so by any wine drinker, anywhere in the world?

I came across one, and it is called Te Koko, Cloudy Bay’s naturally fermented and oak-aged Sauvignon Blanc.

Te Koko is Maori for “scoop” implying that a mythical Polynesian explorer named Kupe scooped-out the earth allowing the ocean to form that Cloudy Bay after which the winery is named. 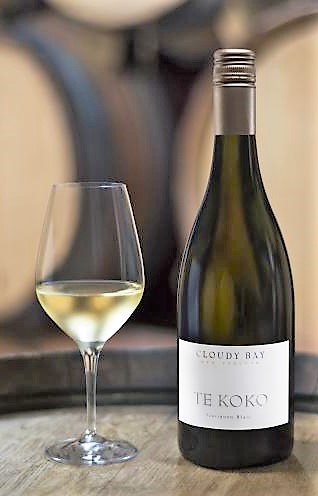 The Te Koko Sauvignon Blanc currently on offer is from the dry 2016 vintage, and is made from hand-harvested grapes – unlike about 99,9% of Marlborough that sends in machines for picking season.

The juice is sent to barrel (5% new) for spontaneous fermentation and aging of around 15 months.

The result is a classic white wine in any language, standing on its own and carrying a fingerprint of unique originality. Those loud, ostentatious thiols of the younger, rawer Sauvignon Blancs have been evened out into a mannered and polite layer of serious wine characters. A lean nose of crushed clamshell, oregano and pear-juice. On the attack, the wine immediately cloaks the whole palate like the All Black cover-defence, lying there briefly before opening-up to provide a symphony of brilliant flavours. Some Chablis-like cool steel meets Sancerre floral bloom; a savoury touch opens into a whisk of buttermilk before citrus zest lights everything up.

Once again, the spirit of adventure and the natural purity shines true, and it shines unforgettably long, almost as long as a white cloud over the bay. 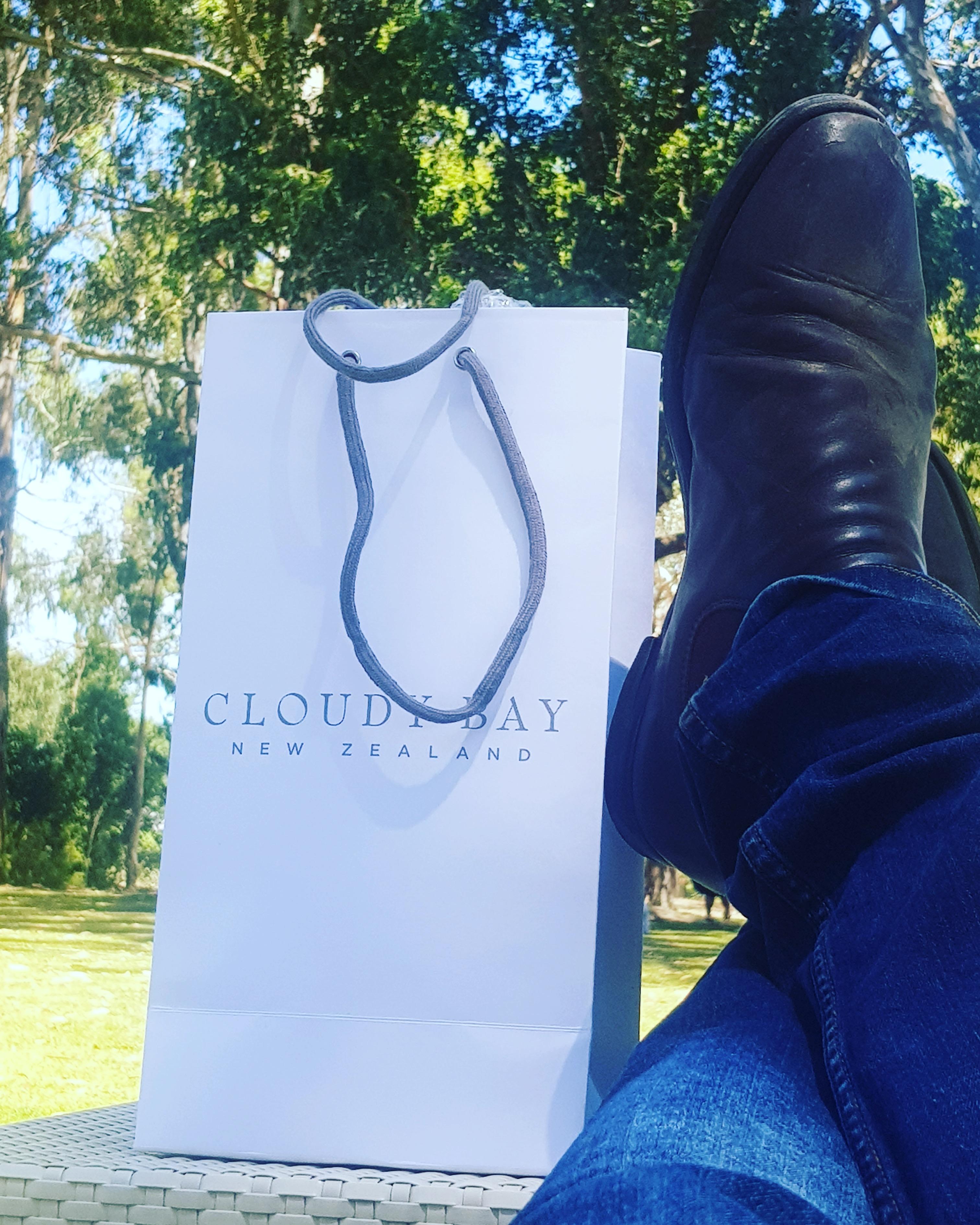