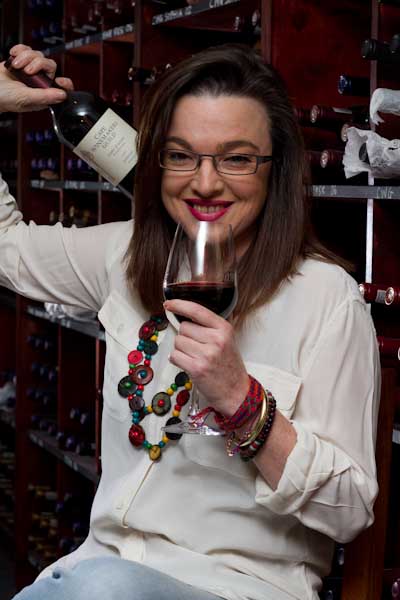 Across the globe, a number of unsung heroes are flying the flag for South African wine. Not as part of some personal crusade, but simply because their passion, zeal and personality – coupled with suitable professional environs – create an exciting platform for the country’s wines and wine makers. And they don’t come much more colourful, knowledgeable and engaging than Neleen Strauss, Bloemfontein-born co-owner and manager of High Timber Restaurant in London. We asked her for her own words.

Write something for my blog, he said. Perceptions and impressions of your restaurant customers regarding South African wine, he said. How has things changed during my almost two decades in London, he asked. (I did ask nicely. – Ed)

Oh, and write in English, he said.

“You want me to drink South African wine? Why?!” This was possibly the sentence that became the greatest leveller in my restaurant career. The year was 2003, London’s best weathered summer prior to 2018. As a newcomer to the London restaurant scene, I quickly realised that I might think South Africa can make wine, but the majority of the people that came to the restaurant most certainly didn’t share my enthusiastic views. Thank god this was in London, and it was mostly the English I had to convince in rethinking their opinion on my country’s wine. Imagine trying to do this in Paris or Madrid? Nay.

I quickly caught on that it was much easier to sell our wine to a customer that has been to South Africa. Once he or she had had their toes numbed in that freezing Atlantic, experienced the concerned hospitality of being told not to venture out of their Johannesburg hotel room or seen a bloody elephant somewhere, well, at least they had some sort of reference point I could work on.

My first question, thus, became: “Have you been to SA?” This, after all, is the city of London. It’s all bankers and lawyers and other big hitters. They deal with precious metals and they make money – invariably there was always one person on a table of three or more that had visited. I’d sucker him or her into buying our wine. South Africa is a lot of things, but ugly isn’t one of them. I used the country’s beauty. I used Madiba’s name freely. “Mandela actually drank this Paul Cluver Noble Late Harvest,” and “He had Hamilton Russell Chardonnay at his inauguration.” “Oh, and the Meinert Merlot too.”

I opened numerous bottles for people to try, as one must. All-in-all, looking back at that time sixteen years back, it was a slow process. But it worked. It worked because the customers most likely felt sorry for me, and even the snootiest pin-striped suited legal eagle had to agree the country’s wines had drastically improved since our dark days.

Fast forward to 2019. The world has been gifted Facebook, Twitter, Instagram and most likely similar platforms I’m not even aware of. Anyone can read Jancis Robinson’s wisdom without buying her book. Messieurs Goode and Atkin and Jukes can tell people in one tweet what is good, and Karel from Kaalkarelfontein Wyne kan post a pic of his scary red blend and his Labrador puppy, get 5000 likes and even sell a bottle that way in the local Spar.

This has given international wine-lovers the opportunity to share their experience of South Africa and our brands with the whole world.

Check those selfies from the cellar of Klein Constantia and the breezy bright lunches at Jordan Wines. What’s not to like? (But never have I seen a bottle of wine and a pangolin in the same picture – so there’s always something to strive for!)

Perception through personalities improved radically with the likes of Anthony and Olive Hamilton Russell working their backsides off promoting their wines with the flair of Clark Gable and Vivien Leigh, impressing with their looks, their style and ultimately their wines.

Ken Forrester putting “liquid African sunshine” in the top restaurants, wowing sommeliers with his FMC. The über hip kids from the Swartland becoming A-team players, occupying a building in Shoreditch and giving the world a trade-tasting like never before.

Yes. Almost gone are the days when people asked for “The Stellenbosch’. Constantia is no longer pronounced Kon-stan-tea. Almost two decades ago it was difficult selling Chenin, now there’s hardly a frown when I recommend a Cinsault from Wellington or a Pinot from Greyton.

London wine-lovers, or at least those that we deal with, have gradually dropped their issues with thinking the neighbour across the Channel is The One. They’ve cheated on France. France didn’t care. France will always be sexy. France knows this. Our customers now feel like cheating when they drink Chardonnay and it’s not Jordan Nine Yards. This is a wonderful feeling, too.

Team work is what got us this far. New wines like Restless River Cabernet, and old wines like Kanonkop Paul Sauer, will take us even further. Rock on 2019, let’s all drink better South African wines in London!