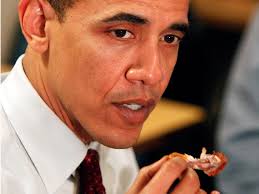 Chicken is the number one source of protein for those of South African descent, and I’ll fly by that. Having recently become a member of Dias Tavern’s exclusive 150 Club, an honour bestowed upon those who have consumed a century-and-a-half of the Tavern’s legendary peri-peri chickens, I have taken the modest liberty of calling myself an expert on chicken-serving restaurants. This excludes the KFC chain, as I still have to be convinced that the putrid stringy pale flesh lurking under the scab-like crust of vile spices is, in fact, chicken and not some sort of medical waste. 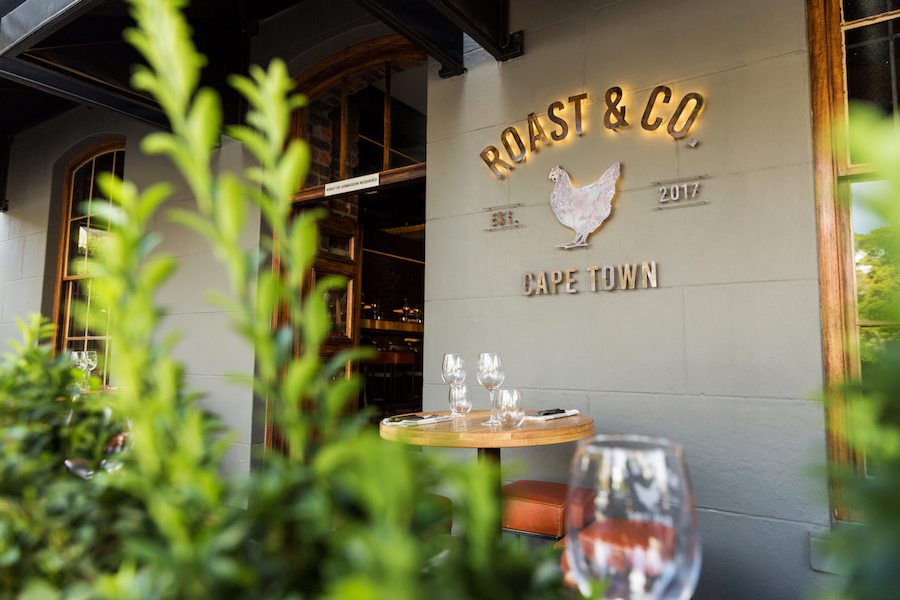 Roast&Co, a new joint in Shortmarket Street in the City Centre, apparently shares my love of and commitment to enjoying the meat of that glorious bird called the chicken. Here, at Roast&Co, diners are limited to one main-dish only, and that is a – or part of a – chicken done rotisserie style.

No steak or fish or surreptitiously hidden pasta dish on the menu, but chicken and chicken only.

This I had heard before my maiden visit with Sam Linsell of Drizzle and Dip fame. But before my chicken-lust could be satisfied, I succumbed to temptation and laid into the starters which appeared enticing. Chicken liver pâté. Caeser croquettes. Those Indian bhaji-things. Mzanzi fried Mac ’n Cheese. Pretty quirky.

The croquettes were little deep-fried balls of shredded chicken into which you injected your Caesar anchovy-dressing, a few leaves of baby gem lettuce and a shower of Grana Padano cheese looking on. 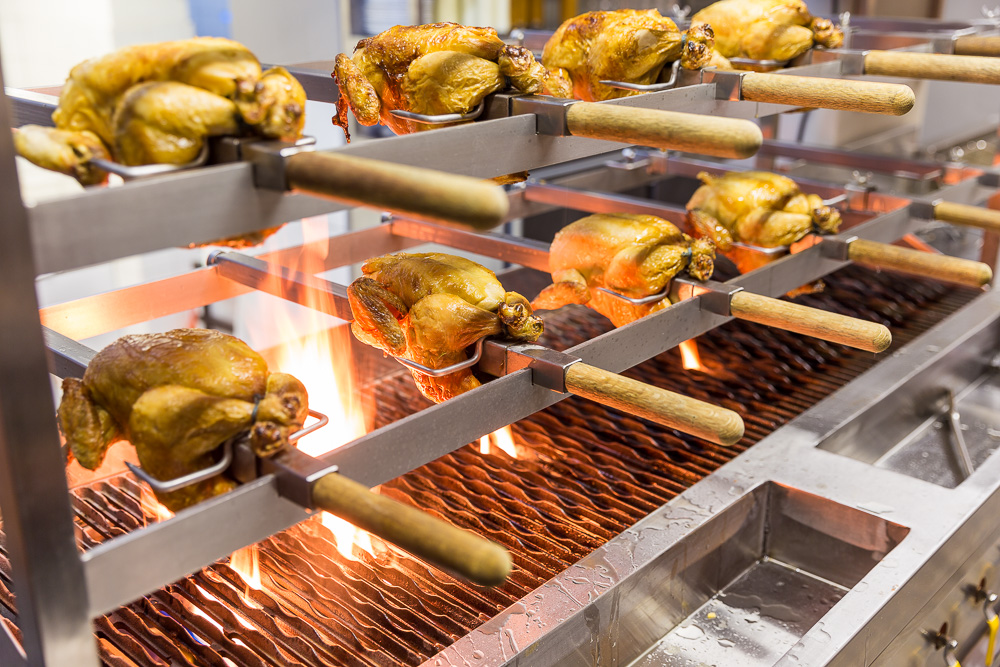 Except that on our visit the anchovy-dressing had been confused for truffle oil, taking a bit of zip out of the experience. The liver pâté was velvety smooth, rich and satisfying, while the bhaijis were crisply battered, the crunch leading to sweet onion. There was not an Indian in sight in the entire place, but judging from the bhaiji the chef must know his korma from his kama sutra.

The wine was a Warwick First Lady Chardonnay, the fresh unwooded Chardonnay made from grapes originating from the Robertson region. Cool, easy-drinking, it was the perfect accompaniment to all that was going on at the table.

Onto the main course, and the only choice you have is that of a quarter, half or full bird. Despite Sam’s demonstrative protestations, I ordered the whole chicken just to assert the authority accorded he who is paying the bill.

There were some interesting sides to choose from. Ubiquitous roast potatoes, diced. Pap (maize porridge) with truffle oil, a dish obviously inspired by the Black Diamonds who are known for their caviar budgets but deep down chicken-tastes. Pumpkin fritters honouring Cape Dutch cuisine. And a house coleslaw.

We chose potatoes and slaw, the latter proving to be the perfect condiment as the refreshingly dressed slaw shreds provided a firm, zippy crunch to the main item they were complementing.

This main item was, of course, a chicken: Rotisserie roasted and cut into four pieces and piled on-top of one another to resemble the exact mountain of fleshy fowl Sam had initially protested against due to its sheer volume.

But if you are member of the Dias 150 Club, one is not afraid. I climbed in to grab a leg-and-breast quarter and began pulling the bird apart so as to ascertain the standard of the cooking-techniques that had been deployed.

The meat fell from the bones as easily and effortlessly as a Gupta envelope drops into a Zuma side-pocket. Perfectly cooked, the meat ran with juice and embodied the succulent tenderness chicken-lovers dream of. 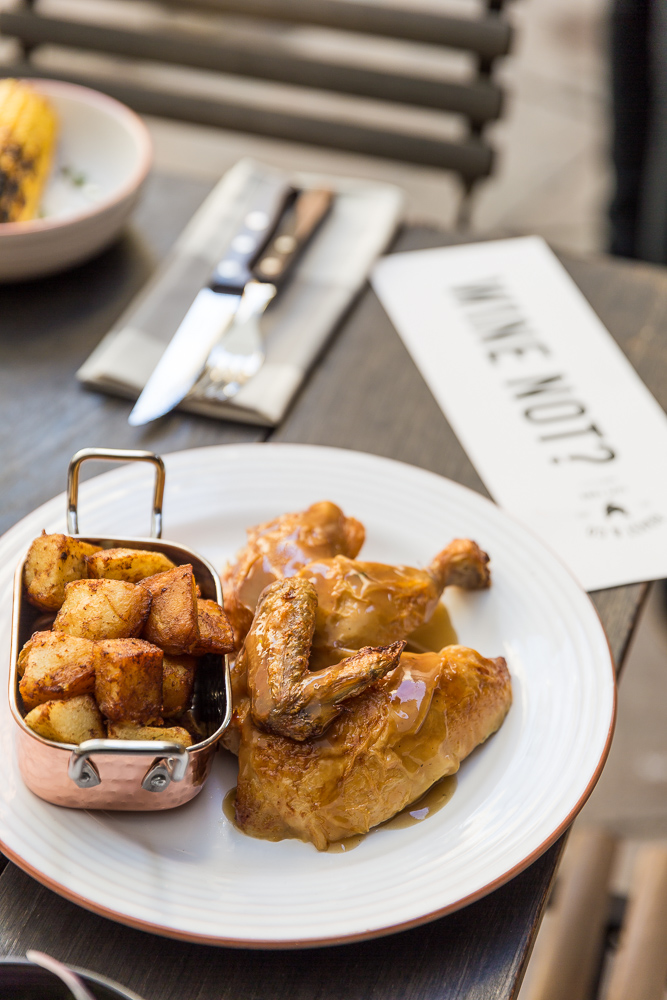 As far as the eating goes, the pleasure lies in the texture of the flesh as much as the flavour. Chickens are free-range, which generally does not mean all that much due to the lack of standards South Africa’s food authorities’ requirement in this department. Roast&Co however, sources from Jean Groenewald’s Elgin free-range set-up which is still the pioneer in providing birds reared in conditions conducive to ensuring plump chickens that do not taste like fish-meal and Aromat-covered Styrofoam.

The chicken is presented with a dish of silky gravy made from the fat trapped while the bird cooks. After slathering my bird with this, the eating pleasure was even better. There were some bottled sauces on offer, but the red chilli stuff I did try marred the quality and depth of taste the chicken and its own gravy were providing.

No, we did not conquer the entire chicken, Sam being sent home with a leg-and-breast which would no doubt have found approval as a chilled late-night snack of sorts.

If I could wish for anything more for the chicken, it is crispier skin. A morsel of crunchy chicken skin is one of life’s great pleasures, and if Roast&Co got this going it might also have to start a club of its own honouring loyal and habitual consumers’ club. In the meantime, I’m counting.