After four feverish bed-ridden days of popping anti-biotic pills the size of sea-slugs, I began to feel ready for a glass of wine. The night-nurse chose a Stellenbosch Bordeaux blend from the cellar, opened and decanted it, and while stroking my damp forehead she held the crystal rim to my pale lips as I sipped. And sipped again, deeply this time.

Things had disappeared. Something was lost. Would life ever be the same?
The wine, and a good one it was, was not having any effect on my sense of taste. It just lay there on my palate like a bored, disinterested dollop of fluid that could have been anything ranging from used motor oil, rancid yak milk or old bush vine Cinsaut. I could taste nothing, except to experience a pungent bitter sear as it went down the throat with the salt of my tears.
Nose wise, the content of the glass were performing about as effectively as a KPMG accountant on Gupta audit: Flat and empty, and dumb. 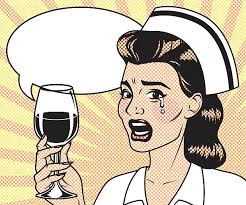 I pulled the duvet over my head and asked the nurse to wake me when it had all passed, because that must surely happen. I began pondering life without the senses of taste and smell. Apart from opening a vegan restaurant or making kosher wines, life seemed suddenly devoid of options.
Happy to report, though, that the sensorial loss was the result of the potent medication. A week later things were back to normal: I could smell the garlic on the pizza-loving night nurse’s breath and when I lit the first Havana cigar, the note of roast coffee on the tongue reminded me that things were back in working order.

Chardonnay would be the right way to break this self-induced deprivation of all things wine, and fortunately Lanzerac heeded the call. The Lanzerac Mrs English Chardonnay 2016, a personal favourite, had been delivered and it would be just the right kind of viscerally styled wine to welcome back the drugged out senses.

This was truly a great choice, as the Mrs English 2016 is a formidable Chardonnay. Big boned, voluptuous and loud, the wine is an example of why there is no other white wine – and few reds – that makes its presence as felt as a thoroughbred Chardonnay.

Grapes are from Jonkershoek, Stellenbosch which is also one of the wettest areas in South Africa when wild-fires are not burning the hell out of the place. The grapes are whole-bunched, the stems imparting even deeper flavours and firmer structure than the already ripe, bold fruit does.
The wine is barrel-fermented, has a third wild-ferment component and is in wood for 11 months, 50% being new and the rest 2nd fill. 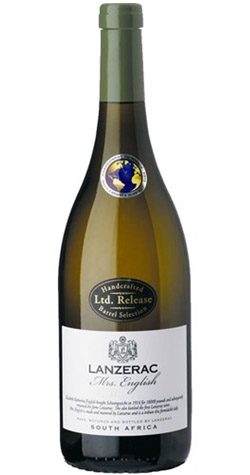 If you are thinking Full Monty you are right, and in its current state the wine will undoubtedly overwhelm sensitive geeky wine types who shout “Wood!” and “Heavy!” whenever tasting a Chardonnay that dares show a bit of thigh and a hint of tit.

The oak has been used judiciously and will blow-off in a few months, but currently it is present in brioche-like toastiness. Below that line, super things lurk in a wine that to my mind is going to turn out to be a great Chardonnay given another year or two in the bottle. I am talking chunks of freshly cut white pear lying in a pool of honey right out of the comb; I am talking a heady mixture of white grapes, ripped fynbos and unsalted butter from Normandy; I am talking Chardonnay that smashes a lead guitar in a tank of crème Anglais, a salty ocean wind blowing whiffs of moss and seaweed through and orchid-scented jungle.

Like Steven Seagal, this wine shows that Big can be cool. That elegance and style are allowed to be overpowering and assertive. They can rekindle the senses and bring back life in a beautiful away, reminding you that you don’t ever know what you have until you’ve been close to losing it.