The trick to attending a wine fundi’s party is to arrive early. Just as I did last week when attending a birthday soirée thrown by a vinous vixen. Her fridge was heaving with bottles of wine waiting for the 40-odd guests expected to arrive an hour later. But with these wino types you have to know that they are going to kick-off their party with some really good stuff. So it was music to my ears when she said: “Let’s crack a special bottle before the hordes arrive.”

The special was De Morgenzon Reserve Chardonnay 2015, just out and at around R300 costing a bit more than the crates of wine awaiting the other guests later.

As far as the newer generation of winemakers go, Carl van der Merwe is right up there. De Morgenzon, the stately Stellenbosch farm in Stellenbosch Kloof, has not put a foot wrong since he has been tuning the vines and churning the juice. Killer Chenin Blanc. Syrah spiced and bloody. And one hell of a Chardonnay, ensuring that along with neighbouring Jordan, this part of Stellenbosch is pretty much Chardonnay Central. 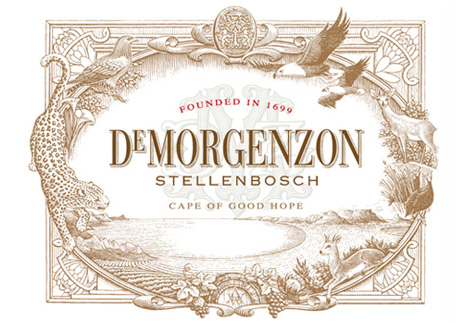 The De Morgenzon Reserve Chardonnay is made from Stellenbosch fruit, the combination of sparse rock, deep clay and sinking loam giving the wine more dimensions than a lap-dancer after the Russian Easter Food Festival. And she ain’t the only one getting some wood, too – this Chardonnay has almost 70% new French oak for fermenting and maturing, with a nine-month incubation-stint on the lees.

The flavours are great, classic, brave. Slurps of ruby grapefruit, a sign of low pH soils. Dense layer of crushed grilled macadamia and almond. A swirl of white flowers lying on a Persian rug fresh from two-days airing in the desert sun. And a real enticing tang of green finger lemon skin, grated over ripe figs.

We killed the bottle, there and then, although some more are being put away, as once this wine catches some age its greatness will be even more apparent.

Once the party did get going, I was asked to do sabrage with a Zippo lighter – a popular party trick – and the sparkling wine honoured with this treatment was the lovely Alexandra de la Marque 2010, a new bubbly on the block.

It is an independent wine made by Matthew Krone using Chardonnay (80%) and Pinot Noir (20%), spending a mighty 60 months on the lees before disgorgement.

This is one of the superb Cap Classiques confirming the need for some clean-up in the MCC category. A premium section for Cap Classiques with extended lees contact has to be demarcated. The commitment of the producers who make them – Simonsig, Graham Beck, Le Lude, Alexandra, etc – deserves it, and so does the consumer who must know that a Pongrácz, for example, and a Simonsig Cuvée Royale, for example, are two different products requiring separate price bracket.

But back to Matthew’s Alexandra, the wine has a firm, yet silky mousse and a brilliant hue the colour of the eye-ball of a lion staring into the Serengeti sunset. The yeastiness is not overdone, the brioche-cookiness lifting flavours of ripe loquat, de-bruised apple and honeyed persimmon. Texture wise, the wine offers life-affirming freshness along with serious complexity underlining good quality grapes and attentive wine-making.

Yet it still went down in one rush, as good bubbly is always an excuse to get elegantly wasted.