Since the untimely death of Eagles rockstar Glenn Frey, the lyrics of one of the band’s best songs has been ringing in my ears and putting springs in my step: “Mirrors on the ceiling/the pink Champagne on ice/We are all just prisoners here/Of our own device.” Yup, they don’t write them like that anymore, the song in question being Hotel California.

Now, if you did not have that album in the seventies you were either a Trappist monk, a Kalahari Bushman or hanging out on the rhythm section of Four Jacks and a Jill.

About being a prisoner of my own device I have had enough, and my share of mirrored ceilings – while fun and memorable – is best left unmentioned. But pink Champagne one should never be allowed to get enough of. And as in all discussions pertaining to Champagne, the same goes for Cap Classique, South Africa’s bottle-fermented bubbly whose excellence is vastly underappreciated as well as being shamelessly undervalued.

This week I was entertained by a bottle from the stable of Silverthorn, among the top three Cap Classique producers if my opinion were to be asked. Thinking of Glen Frey and humming “Heartache Tonight” I ordered a bottle of The Genie, Silverthorn’s pink bubbly, at Bizerca Bistrot where the wine was tasked with accompanying six oysters so fresh they spat back when I dropped lemon juice on their slimy bodies. 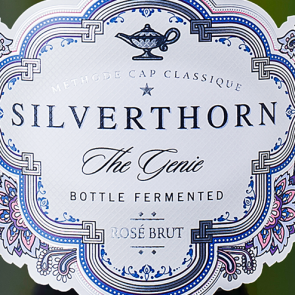 The Genie is drawn from cuvées pressed from Shiraz, nogal.  Slight skin-contact gives the wine a sensual stroke of sunset pink the colour of a maiden’s lipstick left on the pillow she had been biting while listening to the new Adele CD. The colour comes alive as the wine is poured, the mousse adding pearls and diamonds and causing one to sweat nervously with anticipation.

On the nose, it brings sea foam-laced air, hand-fondled wild strawberries and a touch of dry Provencale oregano. I looked at the beautiful lively liquid and remembered that the fizzy stuff is not meant to be consumed in small sips.

Using the tried-and-tested double-clutch glug, I let three-quarters of the flute’s contents crash down the mouth giving me serious and ample opportunity to analyse the wine.

If my mouth were a cave, something it is rapidly becoming albeit without the Neanderthal drawings and bat-shit, The Genie would light it in more ways than a thousand Arabian candles would. The mousse and bubble are life-affirming and textured to the feel of a silk kimono splashed with iced juice of all the fruits in paradise. A blast of flavour hurls watermelon, raspberry, oyster-shell and gooseberry at you while the finish is full of grippy citrus, leaving one with a desire for more. Clean. Fresh. Brisk. If this wine were a guitar, the tune would never die.

This experience was followed by another unexpected meeting of the bubbly kind, this time with a wine from Laborie. Great Blanc de Blancs, you might say, and yes this stately Paarl farm is no newbie to the Cap Classique game.

But this time I popped the cork on the Laborie’s icon bubbly, namely Taillefert, a limited-release wine only bottled when cellarmaster Johann Fourie is certain he has found a parcel of special, special grapes or a tank of base wine he can’t get out his mind. One year it could be a Blanc de Blancs, next a Brut and another nothing is just good enough for Taillefert Cap Classique. 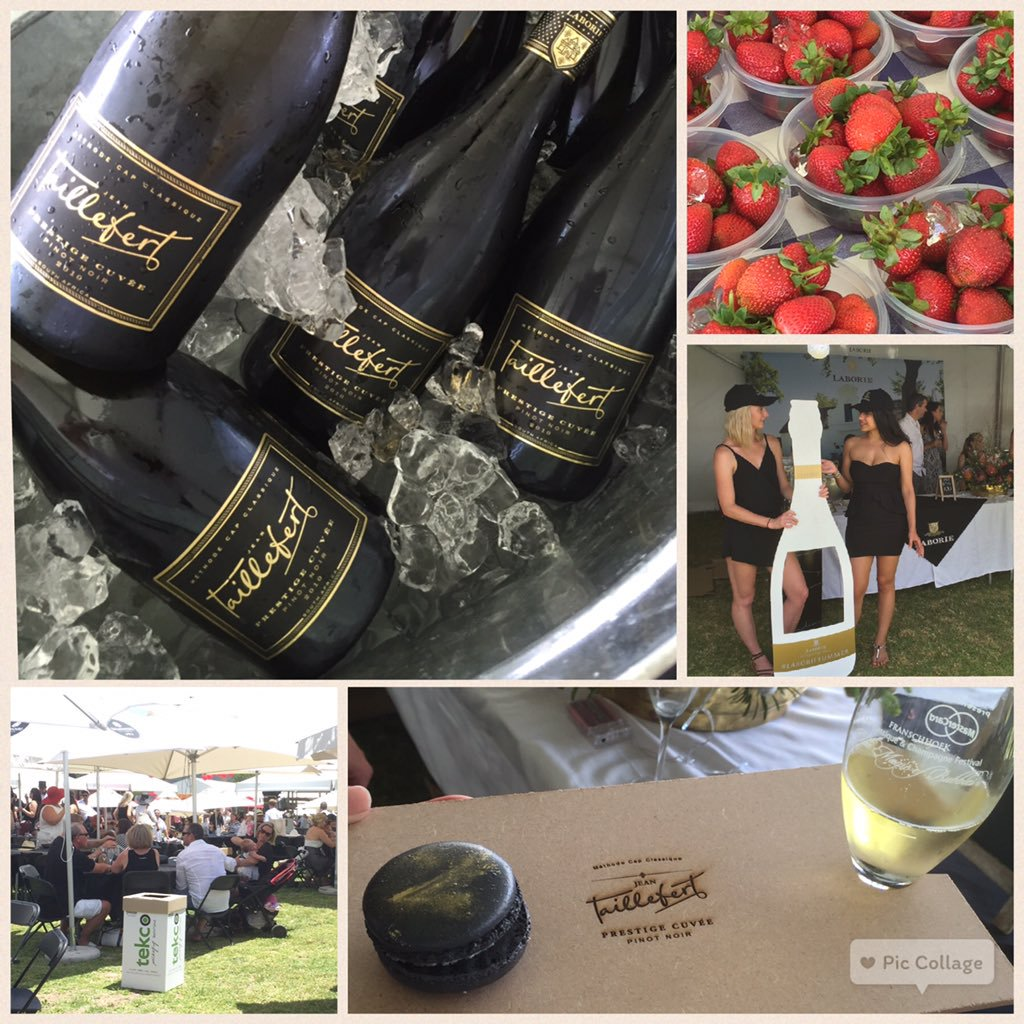 Vintage 2010 delivered something wow enough, namely a batch of Pinot Noir which went into that year’s Taillefert. The cuvée comprised Pinot Noir from clone 52  grown in the Walker Bay area. The base wine got a bit of wood aging, and the stuff spent five years in the bottle creating the required 49 million bubbles and extracting structure and flavour from the lees.

The result is a white Cap Classique built beautifully with a noble, classic structure and flavour profile more complex than the braille version of the Kama Sutra.

On the nose, Taillefert Cape Classique is broken clamshell washed up on wintery shores with a slight perfume of mace and rose-petal. Once in the mouth the fizz reaffirms life, bubbles are broken to reveal kumquat, ripped finger-lemons and fresh bay-leaf. It is wonderful, this exciting, vervy refreshment backed up by symphony of notes and flavours and whiffs and hints of all things lovely in a wine.

And these ain’t no lying eyes.

2 thoughts on “Bubbly For The Dead”