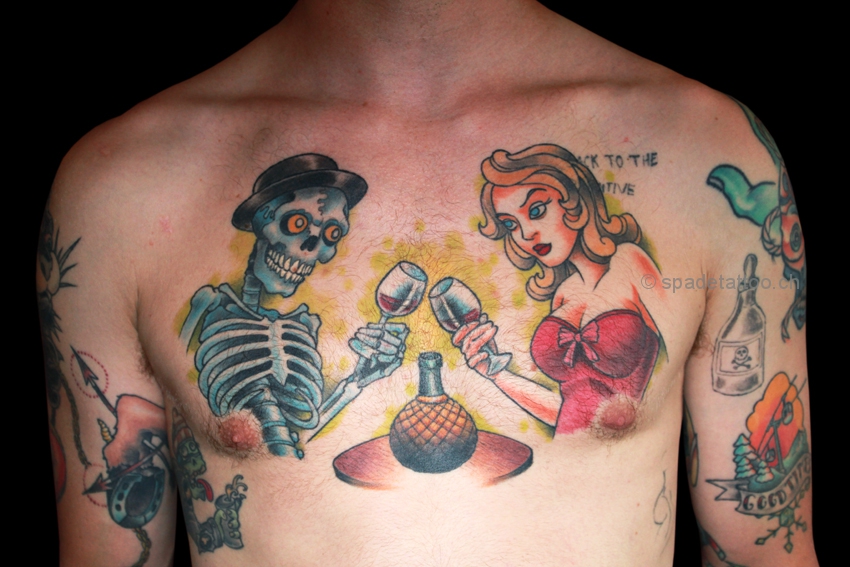 An announcement that could send shockwaves through the South African wine industry is imminent as leaked documents from the South African Wine and Liquor Board show a large number of wines have been rejected by the Board this year due to the new phenomenon named Hipster Taint. According to the draft document provisionally titled “Foulness from SA’s New Wave of Winemaking”, the Board has identified numerous elements in modern wines that deem them unacceptable for consumption and as not meeting the Board’s accepted guidelines in terms of purity, cleanliness and varietal characteristics.

The draft document does not mention names or South African regions, but alludes to “an avant garde, guerrilla approach to winemaking by individuals clearly wishing to overthrow the status quo, yet in the process eschewing principles of untainted health and hygiene regarded as non-negotiable in maintaining South Africa’s rigorous standards in terms of wine quality”.

Indicators of this disregard was this year found in wines containing, among other, higher than accepted levels of facial hair particles, recognisable aromas and flavours scientifically proved to have originated from checked flannel shirts as well as remnants of fresh tattoo ink.

Many of the samples fingered with so-called Hipster Taint also contained the easily-detectable presence of surfboard wax, while Bree Street organic coffee and craft beer residue were also commonplace.

According to a spokesperson from the Board, official comment is premature as the samples have been sent to the University of Montpellier in France for verification and opinion.

“Of the over 8 500 samples submitted for approval this year, it has been evident that this so-called Hipster Taint has surpassed TCA, VA and oxidation as the leading grounds on which wines are rejected,” she said.

“But whereas the three faults named are product and science related, Hipster Taint is entirely tied to the physical condition of the people manning the wineries, and therefore 100% avoidable. The sooner we officially identify Hipster Taint as a real threat to wine quality, we can work with the responsible parties to eradicate it before it becomes a real problem. This would apply regulating the physical condition of the persons whose wines show discernible traces of Hipster Taint.”

Prodded for further opinion on the potential backlash from those riding this wave of trendy winemaking, she said that winemakers must realise there are rules to be played by.

“Image of and reputation for quality are non-negotiable for any country’s wine industry,” she said, “and producers who do not realise this should rather go over to making craft beer, open a coffee bar or run a perfumed wax candle factory. It is too early to show what the reaction is going to be should the report be stamped ‘official’, but we would expect a ‘Wine Drolle Must Fall’ march, as well as insults written in oxidised Tannat scribed on our office walls. ‘Jou Ma se Downy Mildew’ springs to mind.

Should new regulations to avoid Hipster Taint be necessary, they would be implemented in 2016. “Not a moment too soon,” the spokesperson said. “Our selection panels are still recovering from this year’s onslaught, with two individuals having to be hospitalised after showing allergic reactions to beard gel and leather man-bun holders.”