The Cape Winemakers Guild rode into town last week, literally commanding the urban stretch between Cape Town’s Taj Hotel and the downtown Convention Centre. First-up was a tasting of this year’s Auction wines, one of those events naffly described as “tutored”, after which the Guild boys and girls hit the rain-splashed streets to the Convention Centre where the greater public descended on their wares.

During the “tutored” tasting, 40 wines in this year’s Auction line-up were presented by the respective winemakers, with the remaining 15 available in the foyer for casual perusal. The session was – understandably – unable to provide each wine a thorough going-over due to time constraints, but allowed a sniff-and-gargle as well as a welcoming opportunity to hear a few words from the winemaker. And it is the latter who is, after-all, the star of the CWG show.

My general impression is of well-made wines, with Stellenbosch commanding much of the high-ground via brilliant Cabernet Sauvignons and red blends. Second in the talked-about stakes are the stupendous Pinotage wines from Kanonop, Beyerskloof and Rijk’s. 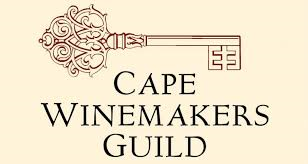 But being an unashamed follower of things on the white side, I shall select two wines for which I will be bidding for myself as well as hotel-owning clients. (Thank goodness the source of the opinion here is modest enough not to drive the prices skywards.)

First is a bubbly, John Loubser’s CWG Silverthorn Wines Big Dog Méthode Cap Classique 2010. The blend is 60-40 Chardonnay-Pinot Noir, and through the processes of whole-bunch press, barrel-aging (for the Chardonnay component) and the 53 months on the lees, Loubser got everything right.

No matter how much talk of complexity goes around, spritely purity is always desired in a Cape Classique or any bottle-fermented blubbly. The Big Dog bears a spine-tinglingly pretty clarity in structure, while there is plenty of deliciousness in the zippy flavours. Grated lime-peel, bitter almond and cherry blossom spring to mind, with some white pear and blossom thrown in. But it is the refined mousse and bracing tingle of every bubble that makes it a memorable wine. This Auction offering is possibly a new era for fine Cap Classique, days of baked brioche and overdone yeast being passé.

Chardonnay has always been a strong point on the CWG Auction and the Ataraxia Under the Gavel 2014 does it this year. Higher Hemel-en-Aarde from Kevin Grant, single vineyard south-facing, soils that are sparse and rocky… what’s not to like?

The wine itself is another classic South African Chardonnay. The attack on the palate is all edgy sinew before settling down to cool fruit, roasted mace and harnessed citrus. Hugely rewarding in completeness on the palate, while the austerity is regal and trumpets an ode to the Burgundian region of Beaune. The finish is haunting and thoughtful, jarring the mind and briefly diverting attention away from the wines that followed.

The reds are buffed, well-made, structured. Worthy of high prices and proud ownership.

What a massive Pinot Noir is Bouchard Finlayson’s Auction Reserve 2012 not. Wow. Gevrey-Chambertin in inky black hue, the wine sucks you in with a wonderful perfume of dried rose and potpourri. Intense, concentrated dark fruits coat the palate like a lush Gauguin Tahiti scene, with new wood adding spice and showiness to a truly spectacular wine.

Stellenbosch’s wine region is fast becoming South Africa’s problem child with the way it is selling off its regional identity through juice and fruit sourced from other areas. Being a believer of Stellenbosch as the country’s leading all-round wine region, I for one am thus chuffed to see the number of terrific Cabernet Sauvignons and Cabernet-based blends leading the way at the auction.

Jordan, Strydom Family Vineyards, Louis Nel, Rust en Vrede and Tokara are my top examples, but if a stand-out had to be mentioned it is the Etienne le Riche Cabernet Sauvignon Auction Reserve 2011.

A single vineyard in coastal Helderberg bears the grapes, which are crushed and casked in new French oak for 24 months. Being Helderberg the wine is sunnier and with more accessible charm than the sterner, wrinkly-faced Simonsberg Cabs. Le Riche’s CWG Cabernet Sauvignon expresses grace and power in its focussed structure, with blackcurrant, fig-paste and tar complemented by hints of cedar and just-rained freshness. 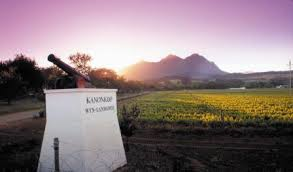 Final mention goes to the Pinotages. Rijk’s 2012 and Beyerkloof Traildust 2013 are statuesque wines expressing individuality and personality. I can hear Abraham Izak Perold’s coffin creaking with excitement at the knowledge of what has happened with the grape he created.

But let’s agree that Kanonkop CWG Pinotage 2013 is going to go down as one of the greatest ever. Succulent, loaded with testosterone and cloaks of showy flavour and texture, this is an Auction wine if there ever was one. Possibly gone before going.