Like any work of art with self-respect, wine does not deserve to be corralled into restricted spaces. One of the offensive instruments used by those wishing to interpret wine is the division of its flavour and aroma profiles into “tertiary”, “secondary” and “primary”.

This is supposed to mean that: primary are flavours of fruit, such as the bruised – take note, bruised – apple one finds floating in a Chenin Blanc. Secondary are the notes emanating from the fermentation process, including the heat one gets on quick-fermented reds. And then the tertiary thingies are what is picked up from the aging and evolution of the wine. Mocha on barrel-aged Shiraz and the bready autolysis crust on a heady Champagne. 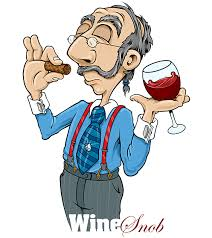 As the previous paragraph began, I re-emphasise “supposed”. For these categories are mere far-flung generalisations, designed to make critics and wine talkers sound smarter and attempting to categorise the fiercely independent spirit that makes wine the most captivating drink on earth.

Examples countering the tertiary, secondary and primary school of thought are vast. Unwooded Chardonnay grown on limestone soils gets an in-your-face grapefruit flavour as time on the lees progresses. A primary flavour, but picked up in what was supposed to be the tertiary phase.

Ripe banana on some Pinotage? Well, this “primary” flavour originates from the tertiary chapter of new oak fermentation. And so on, and so on.

One wine I am currently riveted to does a fine job of dissing this theory of categorisation.

The Grail Pinot Noir 2013 from Stark-Condé is grown in the Overberg. Organically. Some whole-bunch press. 11 months in French oak, mostly old, 10% new. 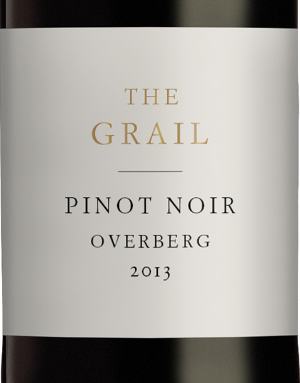 Heady bramble and crab-apples abound in a wine that screams Pinot Noir while maintaining the desired edginess. Hit of forest floor, but in what compartment is it supposed to fall? Does this originate from the raw organic soils, the contact with some 3rd and 4th fill wood (tertiary), the cow-farts of the Overberg or the stems from whole-bunch pressing, which strictly speaking should be a secondary component?

The Grail Pinot Noir’s honeysuckle sweet spot should be primary, strictly speaking, but Pinot Noir lees is known for its confected plushness, which would make it a secondary-tertiary taste?

Give me a break. Look at thisThe Grail Pinot Noir 2013 as a monument to integrated viticulture, site expression and great fruit.

The wine smells like a clean skirt tossed on a layer of Irish meadow saffron. It pours itself gently into your mouth, and as liquid meets physical senses the unalloyed bright and dreamy flavours are trance-inducing. Dollops of wild fruit, a smack of sage-brush and the feral howl so many Pinot Noir makers seek with the determination of a caveman out mammoth hunting.

What a great Pinot Noir. Obviously not the Holy Grail, because this no Pinot Noir can be.

But so lovely it can truly break your heart, a primary emotion indeed.