It was good getting some decent wine down the hatch, I tell you that. For the festive season was pretty much a blur of copious amounts of craft beer, ice-cold Black Velvets and too many of my handmade Dry Martinis, the latter of which I happen to be a master in their creating.

Secret? A tough gin without loads of poncy botanicals. Think Gordon’s or Strettons. A frosted Martini glass rinsed with dry vermouth, emptied, and filled with iced gin. A nib of lemon peel, a quick stir and down the hatch. Depending how big your glass is, three of these are guaranteed to leave you in a merrily sozzled state, immune to any frustrations involving forced festive gaiety, tourist drivers and German Birkenstock wearers.

The first decent wine to hit me in 2015 was, of all things, a Shiraz. Or a Syrah to correctly quote the label. One from Leeuwenkuil’s Heritage range.

Being more a Cabernet Sauvignon than a Syrah type, I select examples of this offering selectively as there is just too much of a muchness on the South African wine scene. And this is where the Leeuwenkuil Syrah 2012 struck me like a Dale Steyn bouncer off a just-rolled green wicket: it does, quite frankly, not taste like Syrah made on any local soils.

It is a Swartland wine conjured from a single vineyard grown on the gravelly dirt on the Riebeek Mountain, where conditions are – according to the marketers – very Rhône-like. Facing south, the vineyard would be fanned by the late-spring and summer winds, while the slope’s exposure to a vast openness ensures cool evenings.

James Pietersen from Wine Cellar, who flogged me six bottles, suggested the bottle be left open for a day to allow the wine to develop to its true potential, but I was having none of that. In the decanter it went, I gave it a minute’s vigorous swirling and allowed the ensuing purple foamy mess to settle for an hour before I plunged in.

And Baby, was the water ever fine! 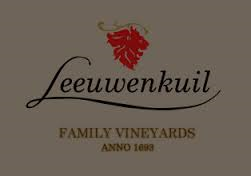 Freshness is not something I associate easily with Syrah or Cape Town Fish Market Sushi, but this Leeuwenkuil had an invigorating and life-affirming presence. On the nose it was vital. It was loud. It was living red wine offering smells of wind-cured organic springbok biltong, freshly spliced pomegranate, Zanzibar cloves and mulberries.

In the mouth, I kid you not and I challenge a different voice, but the thing had a hit of Pinot Noir to it. Yup, a bloody, steely riff of Chambertin in all its splendour. Settling down, which was hard because an exciting wine like this can be arousing, the Syrah coaxed my senses with flavours immense and diverse, a structure somewhere between a Jimmy Page guitar solo and a Jim Harrison novella. Everything was in synch: the dogs were sleeping, the moon was full, there was sea in the air, and the world was just right. As was everything in it.

This is what a magnificently original wine can do. The flavours: Of unctuous scorched goose fat in an old Le Creuset pan. Ripe blackberries lying on melting snow. The paltry drops of syrup squashed from dried Turkish figs. The finest Spanish paprika, lightly smoked. And a dollop of tapenade made from the big black olives growing on the Peloponnese Peninsula down Greece way.

A splendid wine, standing on its own two feet and facing the world with the confident audacity Daniel had in the lion’s den.

Great start to the New Year, and a producer I am going to stick to like a bad rash from now on.

7 thoughts on “Syrah in the Lion’s Den”