The forefathers were into some, like, serious wine skank. Check out the Joubert Clan, hanging out in the foxy little town of La Motte d’Aigues, direction Luberon, France South. In Medieval times, they’s making some of the most serious wine shit in that part of France.

Way back in the 13th century Marcel and Sebastian Joubert, cousins, they were crushing local Grenache, Tanat, Mourvèdre and some Viognier. Marcel, in particular, was one mean true organic homeboy, barking at the moon, burning insecticide trucks and all that. Harvesting in accordance to the planets and the tides and burying bull horns filled with cow shit all over the place. All in La Motte d’Aigues, France. Digs of the Jouberts.

They had two homies in town nearby, name of Ansouis. An hour’s horse-ride away from La Motte, Ansouis was a, like, serious joint with one big motherfucker of a crib called a castle. Here parked two miserable sons of bitches, name of Elzèar and his woman Delphine who were punching the Bible and dancing the Church Cha-Cha, like, to the max.

Elzèar and Delphine must have done some serious bad shit in their previous lives, ’cause when the cousins Joubert met them they be living some sorry kind of existence based on penance, which basically means having it raw and off, all for the greater good of man. To begin with, these two were married, but both had sworn a vow of celibacy, which basically means like virgo intacto forever. No hanky-panky, and stuff – jerking-off included.

But that ain’t all she wrote. To show the world how sorry they were for life and to highlight the daily smack less fortunate folk on God’s earth was getting, Elzèar and Delphine began each day by washing the feet of 14 dudes suffering from leprosy. Leprosy, y’all. That stuff makes your limbs drop-off el rapido, like in a Quentin Tarantino picture. Then the two would take ice-showers. Whack themselves on the back with chains and shit, and if they really wanted to fuck themselves up in a way badly, they’d read wine-tasting notes from Robert Parker to each other.

Thing is, Elzèar and Delphine allowed themselves a bit of the vino, and if they were going to permit those pouted deprived lips some wine, they sure as hell weren’t going to settle on any old funk.

Check out the Joubert cousins, Marcel and Seb. Pretty cool cats these two, liked a party as well. But one fine day Elzèar and Delphine had themselves a wine-tasting in between rubbing oil onto hoes got the clap and rolling around in pay-dirt wearing a dog collar made of nails. Story goes, Seb and Marcel Joubert’s wine creamed the show-gig, and until their dying day Elzèar and Delphine had themselves a barrel Joubert wine delivered each month, paying in hard-earned cash.

The Jouberts from La Motte d’Aigues way had it good when Elzèar and Delphine began telling the other cats about the good stuff, and soon Kings and Queens and those bro’s going on the Crusades to kick shit out of the ragheads were stopping by La Motte central to score a keg or three of red wine.

Party came to an end, yo. Edict of Nantes got itself revoked and being Protestant and all, the Jouberts had to hot-food it with the other Huguenots to avoid being the subjects of some serious decapitation shit.

My clan, check it out – mine!, decided to get onto the ship to South Africa. Dutch chicks were hot and Africa was, like, the business. All the lions and native-killing and stuff.

Pierre Joubert, like a great-great grandson of Marcel, got onto the boat headed South. Dude ended-up in Cape Town in 1688, and included in his bag – along with a copy of Let’s Go Africa, three condoms and a penicillin shot – were a bunch of vine sticks. Mourvèdre and Shiraz, y’all.

Dude walked from Cape Town to Stellenbosch on way to Franschhoek, and planted some vines en route, ended up making far better vino than those Dutch hoes out Constantia way, aka Fagville.

Through the years, plenty of Joubert dudes have kept the wine vibe set-up by ancestral types Marcel and Sebastian in tacto. Why, did me a wine-tasting just the other night with Meyer Joubert, cool cat from Barrydale, which is pretty much Hickville with a B. Meyer he be in town with his Joubert-Tradauw wines and the whole gang. Brother Schalk-Willem bro makes wine at Rupert-Rothchild and Cobus who make wine business in all kinds of weird places beginning with yellow-belly Chinese names.

Anyway, this was Meyer’s gig. So we have the Joubert-Tradauw Chardonnay 2013, his best wine to the max. Dudes, this is like Burgundy Central, grapes all cold as ice making wine for bitch’s nice. Check out the hit of lime on the Chard and the funky, narly perky freshness, a lesser mouth would not know this wine spent some downtime in a crib of new French oak.

Also had some fruit, it did, a nib of pear and a spear of melon, but the cat’s wine had me dancing with the zingy freshness of it all, like summertime awaits, Gringo.

Meyer also the house with his first Pinot Noir, y’all. Rocked it from seven year old vines, and I’s checked out the soil, good and red dirt out there Barrydale way. Dude ain’t put no Pinot Noir on the market, first wants to scope out the reaction, and it’s a hot-dog, son-of-a-bitch wild thing.

Wild, man. Carrying perfume one half hoe and one half smoked pork, it’s like out there. Pretty much like Pommard Pinot Noir, scope the dark red colour, taste the hard-rock tune in the mouth. It’s all Pinot, man, but different and on and untamed. Riffing hard-core while at the same time as sensually distant as another dawg’s bitch. 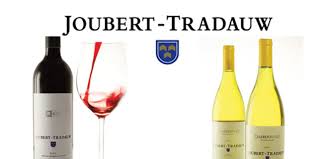