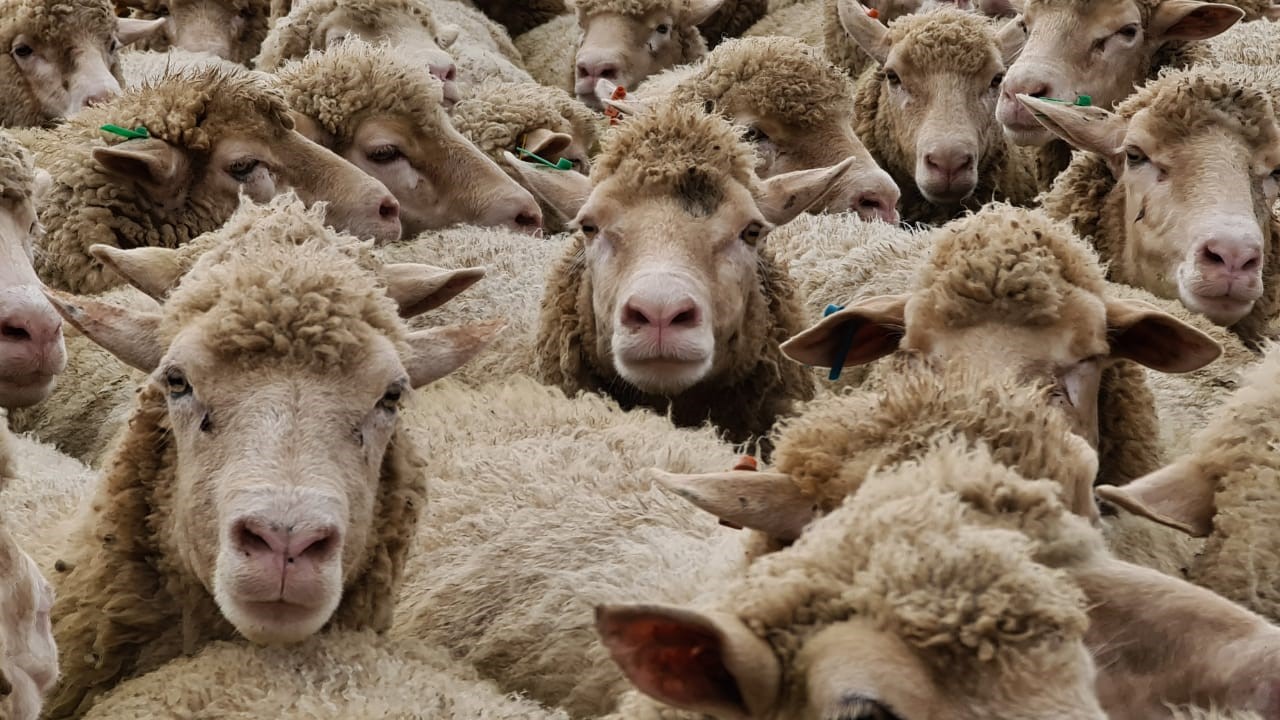 There is a magical culinary landscape, slap-bang in the heart of South Africa. This is the Karoo. Here the hospitable people are great cooks and hearty eaters. And the sheep which dot the empty landscape, well, the sheep they are afraid.

Mutton is the staple foodstuff for inhabitants of the Karoo. Okay, so the desert-like terrain may not be all that conducive to the cultivating of organic cucumbers, rosa tomatoes and free-range kale, but this is beside the point. The folk from the Karoo love to eat a sheep from head to tail. Literally. And if you can’t beat them, join them.

The first thing required is an inhabitant of the Karoo to teach you how to cook and eat real mutton delicacies. These are generally weird body parts that would send anyone working at a Shoprite-Checkers meat counter into a seizure, should you request them for your shopping basket.

I found a Karoo lady on the wine farm Muratie outside Stellenbosch. Her name is Annatjie Melck who was raised in the Karoo. Also known as a cook of note, I asked Tannie Annatjie to teach me to prepare and enjoy the noble of all mutton delicacies, namely the sheep’s head.

The first thing Tannie Annatjie told me, was that a sheep’s head is like a duck. (The folk from the Karoo have a way with words, but this is ridiculous.) No, she, said. “By this I mean that, like a duck, one sheep’s head provides more than enough food for one person, but too little for two people.”

So, keep that in mind.

The next step is to get hold of a sheep’s head, something a sheep is known to object to. But a sympathetic butcher will help you out. And if the butcher knows his stuff, will wash the head and shave it. Yes – shave, because you want to eat the thing without the wool. This shaving is, doll, done with a real Minora blade – not the hair removal cream women tend to use on their legs. Waxing – Brazilian or otherwise – don’t work either.

In any event, you have your head. Severed, cleaned and shaven. The thing should be grey and pasty in colour. Something like the facial colour a member of the Corona Command Council shows upon viewing an open whisky bottle or a full ashtray.

This head, Tannie Annatjie shows me, needs something. A body might do, but no. It’s got to be smeared with some sheep’s fat. If you can’t get hold of this, I’d say you can use pork fat or oil. So, go on. Rub the thing with the greasy, oily stuff – over the ears, the cute snout, the dull eyes and those chubby cheeks. Feel the flesh beneath your fingers. This is reality eating.

Whoops – almost forgot. Decent Karoo folk like Tannie Annatjie are not just going to chuck the head into the oven to bake. This would be barbaric!

No way, Japie. We are going to rip the stomach out of a sheep. The stomach is a piece of fatty tissue resembling a tea towel in a Hillbrow flat, just not quite as dirty. Thus, you must wash and scrub the stomach until it is a clean, white strip. Now, wrap your head – that would be the sheep’s head – with the stomach so that the head and stomach form a harmonious parcel, the likes of which you are just dying to leave under the bed of that vegetarian whimp next door who keeps burning incense and listening to Bob Dylan.

Restrain yourself! Join the loose strips of stomach with toothpicks. See, very civilized. No bulging eyes or woeful smirk.

Now you give your parcel another going-over with the fat or oil. Place the head in an oven baking bag. Plonk it in your oven, which has been pre-heated to 150C°. And bake for four to six hours.

If you thought the preparation was fun, wait for the eating part.

Tannie Annatjie says that your sheep’s head should be eaten at room temperature. There is a lot of fat and grease in the head, and if the dish is hot, it is extremely rich.

For the next couple of steps, you require a sharp knife, but begin with a saw.

Keeping the head in its now golden-brown stomach casing, saw the back of the head open removing a golf ball size piece of skull. Peering into the hole, you will be met with a pat of grey matter. This is the brain. Being a sheep, the brain is not very big and has not been used much. It is, however, melt-in-the-mouth stuff. Stick a spoon inside the head and scrape out every last morsel of brain.

Next, cut away the jaws and tear them apart so the head splits in two. This is where the good stuff is.

First there is the roof of the mouth, also known as a scorpion. On the other jaw lies the tongue. Remove this tongue and cut into slices. The best meat, however, is found on the linings of the jaws and on the cheekbones. On a perfectly baked sheep’s head, this meat will separate easily from the bones.

The only part not eaten, is the snout. Things are known to get ugly inside those nostrils. And if the folk from the Karoo say it gets ugly, well, just listen to them OK?

Man, oh man. The jaw flesh is the tenderest of meat. The brain and eyes are like marrow. The tongue is firm to the touch, yet full of satisfying flavours. The list goes on and on.

The meat is eaten as is, but I enjoy giving it some zip with a squish of lemon.

Offal is all the bits not found in your cosy little supermarket. This includes the head, stomach and trotters of the sheep. Some butcheries sell all this stuff in one parcel, and it is a joy to cook and eat.

Let me show you how.

Soak the stomach, head – which will have been halved – and the trotters in some cold water for about an hour. Pour off the water and rinse the offal until the water runs clear.

Cut the stomach into manageable strips. Place all these lovely head, stomach and trotters into a large pot that you are heating on a stove-plate to a low temperature. Add two to four cups of water. And half a sheep’s neck or a couple of mutton chops. When the water starts simmering slowly and gracefully, you have reached the correct temperature.

Now add: half a cup of vinegar, two bay leaves, a teaspoon of salt and four cloves. Cover the pot and cook slowly. I mean, slowly. For at least six hours, but I go for up to eight hours.

After this lengthy cooking, something magical has happened. The meat has cooked to buttery tenderness. The meat has loosened from all the bones, which you must now remove. What you are left with, is a bowl of rich goodness, a medley of terrific flavours. Add three peeled and quartered potatoes. Cook again until the potatoes are soft.

You could stir-in a tablespoon of mild curry powder halfway through the process to give it a great colour and a light spicy flavour.

Eat with rice and brown bread.

The animal died for a noble cause. You, my friend, are king of the beasts.

Emile Joubert’s wine recommendation: No-one can claim to truly know how great Chardonnay tastes unless he or she has consumed it with a sheep’s head or steaming plate of offal. The delicate fatty notes, earthy and comforting, bring out the best in a wooded Chardonnay. De Wetshof Bateleur springs to mind, as does Hamilton Russell Vineyards and a Jordan Nine Yards. Lifted to a new level of delight, the offal gives Chardonnay a bright, sunny and more startling flavour than originally thought possible.

One thought on “Cooking With Goggle: Sheep Offal and Tripe”