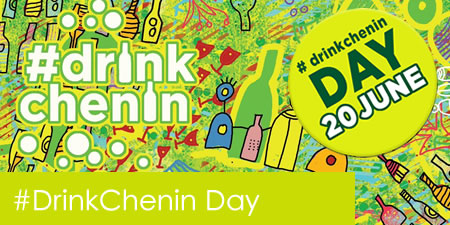 I don’t know if the term “crazy bunch” is permitted to be used these days without offending someone or another, but that was an expression I often heard used to describe a group of rowdy South African nationals Whether we were innocently placing stone-crabs in each-others’ swimwear in a beach-bar on Zanzibar, wearing scooped-out watermelons on our heads at Lord’s Cricket Ground or attempting a version of the haka – in Afrikaans – in a pub down Earl’s Court way, there would always be one or two onlookers smirking at that “crazy bunch” of South Africans.

Well mate, if you had our varied and violent history, grown-up in a culturally diverse hotch-potch society and learnt that nothing is quite bad enough not to make a go of getting over it, this craziness might be understandable.

This deep, profound thinking struck me weekend past as South Africans celebrated Chenin Blanc Day, a day on which the nation was encouraged to drink this white wine which has become as synonymous with the country as Mrs Ball’s Chutney, Van der Merwe jokes minivan taxi driving-skills. And drink it we did. Or at least thousands of people appeared to be having a fling with a bottle of Chenin Blanc if the avalanche of social media posts was anything to go by.

It was, well, crazy. And looking at Chenin Blanc’s unique place in the local wine landscape, it would be difficult to think of another white grape that embodies the heart-beat of us crazy bunch of South Africans as Chenin.

The variety is pretty sound on legacy and heritage, for one. As Commander Jan van Riebeeck announced on 2 February 1652 that the first wine was being made in the VOC’s colony on the southern tip of Africa, some of that juice being pressed was Chenin Blanc. From there, the cultivar became part and parcel of anything vinous going down in South Africa. Through the centuries, it has provided distilling sap for brandy as well as millions of litres of generic sweet and dry Cape white wine.

Its vines are found throughout the South African winelands, the plants showing a tendency to adapt to various pockets of soils, topography and climate with the easy confidence of a travelling salesman from Bloemfontein. In this, Chenin Blanc mirrors the diversity and adaptability that is such an integral part of the national DNA and all 50 million of us who live here.

From the well-nourished Chenin vineyards of the Northern Cape yielding 60 tons of grapes per hectare, to the sinewy old Swartland bush-vines with their meagre offerings of 2 to 3 tons, that which lies at the heart of this miscellany is the same. The want and need to grow Chenin. Because this is what we do in South Africa.

And then there are the wines.

Chenin Blank bulk wine shipped the world over in 25 000l tanks. Also, ubiquitous in plenty of local cheap-and-cheerful single varietal wines, as well as merry big brand white blends. For farmers and communities from well-irrigated, lush Chenin vineyards in the Northern Cape and Breedekloof, this grape is the fruit of life and existence, and the future. The wine is fresh, bright and hits the spot of those who drink it, no matter if it is the sweet-spot or that of drier edginess.

From this sector, Chenin climbs onto the shoulder of the private producer. The proud brand-owner whose marque includes the offering of single-varietal Chenin Blanc alongside Sauvignon Blanc and Chardonnay. Here the wine is broader, more complex, fuller – whether wooded or not. Still alive and starry-eyed, denser levels of flavour and plushness in texture allows Chenin Blanc to stand on its own two feet. An own variety. With a unique voice and a soul.

Then come the heavens, presided over by the acolytes who preach the gospel according to the Book of Chenin. It is about soil and slope, small patches of stumpy vines growing in desolate places presided over by men and women with leathered skins and kind eyes. Now it is no longer Chenin Blanc, really, it is about great white wines made from specific vineyards. The wines are lean and stony, tainted by that indescribable character of the South African veld. Followed by what everything in the veld searches for, namely a rush of life-affirming fountain water. Wines made with thought, for people whose thoughts the wine-maker honours and respects.

All this possible, from one grape? You must be crazy. Or South African.