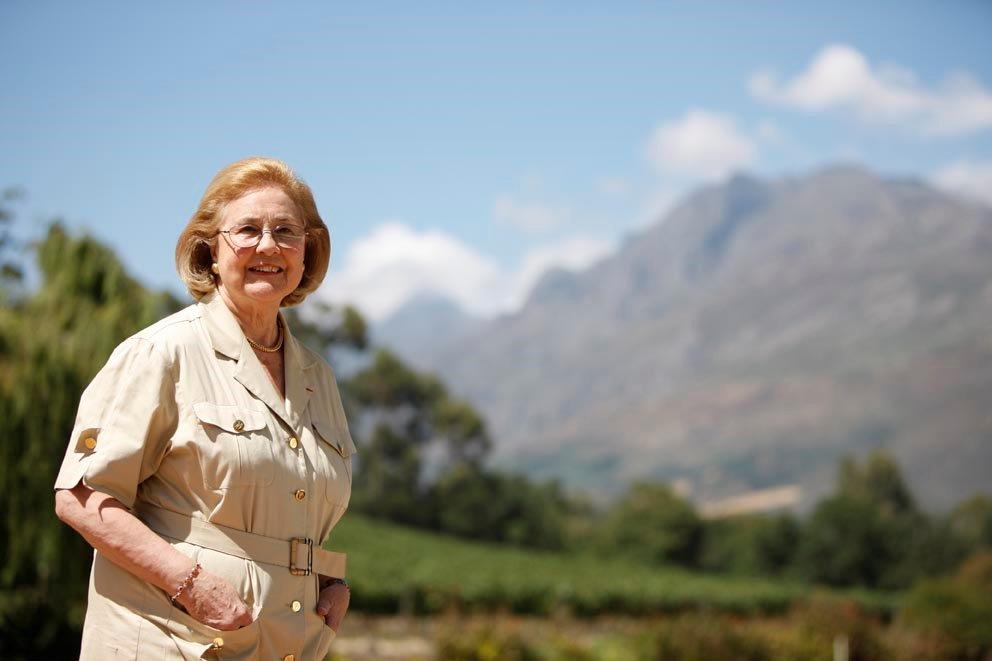 Wine blood gets no bluer than that beating through Madame May-Eliane de Lencquesaing. And at 95 years of age, it beats alert, clear and with warmth.

At her birth in 1925 she was already a part of one of Bordeaux’s most respected wine families. Her father, Edouard Miailhe, was the fifth generation of a family that had since 1783 owned some of Bordeaux’s most respected wineries, including Château Palmer and Château Pichon Longueville Comtesse de Lalande, names guaranteed to make every true wine-lover’s heart skip a beat.

Despite having been born into the highest levels of society in the world’s most renowned wine region, Madame May has experienced enough to remind one that the wine industry always has its share of challenges, tragedy and trouble.

“Bordeaux is today so rich and desirable, the billionaire’s falling over each other to get a piece of vineyard,” says Madame May. “But this was not always the case, you know. From 1900 to 1960, well, at that time it was close to a disaster being a wine farmer in Bordeaux.”

First, phylloxera hit in the late 1800s, decimating two thirds of the vineyards in Europe. Just as Bordeaux began to see the newly-planted vines taking a new lease on life, the First World War broke out in 1914.

“Then there were no men to work in the vineyards or make the wine,” says Madame May. For the first time one gets a glimpse of where the motivation and determination that made her such a force in the wine world, comes from. “The men went to war, they died…who has to tend the vines and make the wine? The women, the children, the old people.”

After the war ended in 1918 a short period of prosperity followed during the era of belle epoque, a time in which Madame May was born in 1925…”a very poor vintage for wine, by the way”. And then came the world-wide economic depression in 1929.

Madame May shakes her head, slowly, the concern at things past still evident today. “For us wine people in Bordeaux, there was the added disaster of eight terrible vintages from 1930 to 1940. We could only produce decent wine in 1934 and 1937. The rest of the years were terrible due to rain and rot, with wines that tasted like vinegar.”

As a teenager living on Château Pichon Longueville Comtesse de Lalande, Madame May was still hearing her father’s distress at these poor vintages when the Second World War broke out in 1939. Germany occupies France in 1940. The wine regions of Bordeaux, Champagne and Burgundy are seen as crown jewels by the Reich’s forces, ready for the taking by the Germans on their path to world domination.

“The Germans, of course, thought they would win the war. So the wines of France had to be protected and production had to continue,” says Madame May. “Bordeaux was thus placed under the authority of a weinführer (wine ruler), a Nazi officer with some wine knowledge who had to keep an eye on the winemaking to ensure production went ahead unabated.”

Madame May remembers the weinführer, one Colonel Heinz Bömers. “The first time he came to our farm to tell us how things are going to work under the Germans, he put out his hand to greet my father,” she says. “Daddy just stood there refusing to shake hands. My father said to Bömers: ‘While you are wearing that Nazi uniform, you are the enemy. But if you come back tonight, not wearing the uniform, then we can talk. Like wine friends’.”

What the German officer and other Nazi’s did not know, was that Madame May and her father were hiding two Jewish families on the other family farm of Château Palmer.

“Seven Jewish people, two couples and three children,” she recalls. “They were from Italy, connections my father had through the wine industry. The families came to Bordeaux in 1939 when things were becoming difficult for the Jews in Italy, not knowing that France was to be taken by the Germans. We hid them at Palmer. In a special room we cemented off from the rest of the house. I pedalled to the house every day on my bicycle, and the Nazi’s would stop and search me. All they found were carrots and potatoes and cabbage. I rode off to Palmer to feed the Jews.”

The war and its images are stark and evident in her memory. “The Germans took all the horses,” she recalls. “After the war my uncle, my father’s brother, goes to buy horses in Normandy. I remember these horses arriving in Bordeaux – war horses. Some were blind. Others hobbled about on three legs. It was all so terrible.”

Madame May’s days in the winelands ended, temporarily, in 1950 when she married Hervé de Lencquesaing, a French army officer who went on to obtain the rank of General. “Then I was an army wife for 30 years,” she says, smiling. “We were stationed in many places, including Fort Riley in Kansas. I had four children, spent my time with friends and doing hobbies. That sort of thing.”

But in 1978 Madame May returned to Bordeaux to take-up the reins at Pichon Longueville, summoned by the family. And this is where she began placing her stamp on the wine world as owner in control of one of the finest wine addresses anywhere.

“My wine knowledge was a bit rusty, so I enrolled for a course in oenology,” she says. “But this was a good time, because since 1965 Bordeaux had begun to make money. After the War, the Americans took more notice of the French culture and wine. They began collecting and importing wine. Bordeaux was sought-after and in a good place.”

It is, however, accepted in wine circles that Madame May played a major role in elevating the status and maintaining the reputation of Bordeaux during the 1980s and 1990s. Not only did she ensure the quality of Pichon Longueville’s wines remained of the very best, but she maintained an exhaustive travel schedule, criss-crossing the world for wine-tastings and talks, introducing the world to the magic of Bordeaux.

It was on one of these international stages where she met legendary Stellenbosch businessman Dr Anton Rupert, thereby beginning her relationship with South Africa.

“He was truly a very good friend,” she says, “a formidable and lovely man. In the 1990s Anton asked me to invest in South Africa. He told me of the hope there was for the country. He said I could make a contribution by getting involved in the wine industry here. Not only by investing, but by helping uplift the land and its people.”

Dr Rupert’s power of conviction was only exceeded by Madame May’s determination. In 2003, at the age of 78, she bought a run-down fruit farm of 120ha near Idas Valley in Stellenbosch. And began to farm. 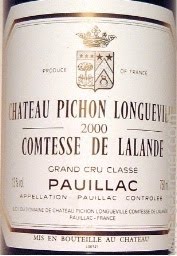 “I brought in my team from Bordeaux and together with various local consultants we made this farm,” she says, herself being at the helm of this project in Africa. “I wanted to plant vines not too exposed to this south-east wind. And we had to ensure this glorious sun bathes the vines, the morning sun, the afternoon sun. That is something so good about South Africa, the sun. In Bordeaux we sometimes really get broken trying to ripen the grapes. Here, in Stellenbosch, the lovely sun.”

Now that her own sun is setting towards the horizon, Madame May has handed Glenelly over to her family. Grandson Nicolas Bureau recently moved from London to assist in managing Glenelly. The link between Bordeaux and South Africa remains, thus, strong.

“But that is what wine is,” says Madame May with a smile. “Wine is a link between people. It brings people together around a table, brings people of different nations together.” She pauses and looks at the ceiling, thinking. “Wine, it is the link with us and culture. The link with civilization and with love.”

Somewhere, a heart is beating.