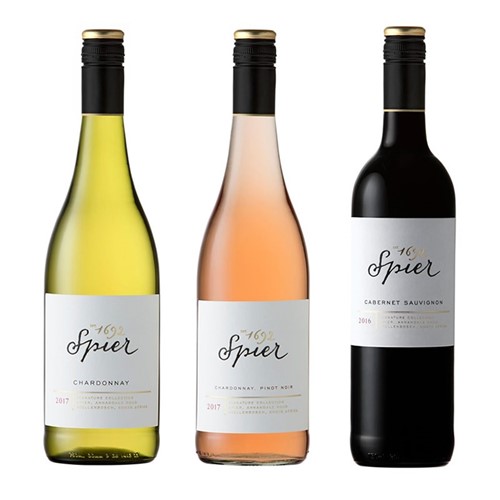 The true relevance of history depends on its re-invention. This is where the Stellenbosch winelands landmark Spier can rightfully claim to have a history that is vital to the story of South African wine.

It all began in 1692, some 13 years after Cape governor Simon van der Stel officially founded the town of Stellenbosch. Arnhoud Jansen, a German soldier in the Dutch East India Company, was granted this spread of land on the banks of the Eerste River and immediately began planting vines for making wine. Hans Heinrich Hattingh, another German, bought Spier in 1712 and with him having immigrated to the Cape from his homeland town named Speyer, it was originally assumed that the name Spier evolved from this connection. However, records would eventually show the farm was already named Spier by the time of Hattingh’s arrival, on account of the Dutch name “spier” alluding to a marsh of reeds as would have then been found growing on the river banks.

Owners came and went, but fact is by 1760 Spier was growing grapes and making wine in substantial volumes, with one Albertus Johannes Myburgh building the gracious cellar building in 1767, with the imposing homestead following a few decades later.

Spier’s foray into the annals of the modern South African wine industry began in 1965 when it was purchased by Neil Joubert, an ambitious, knowledgeable and big-thinking wine farmer who owned some 350 hectares of vines in an around the farm’s current vicinity spreading over the hills towards Cape Town and Polkadraai.

Not only did Joubert restore the historical buildings and develop the Spier wine brand, but along with Frans Malan from Simonsig and Spatz Sperling from Delheim, Joubert pioneered wine tourism in South Africa by founding the Stellenbosch Wine Routes in 1971. 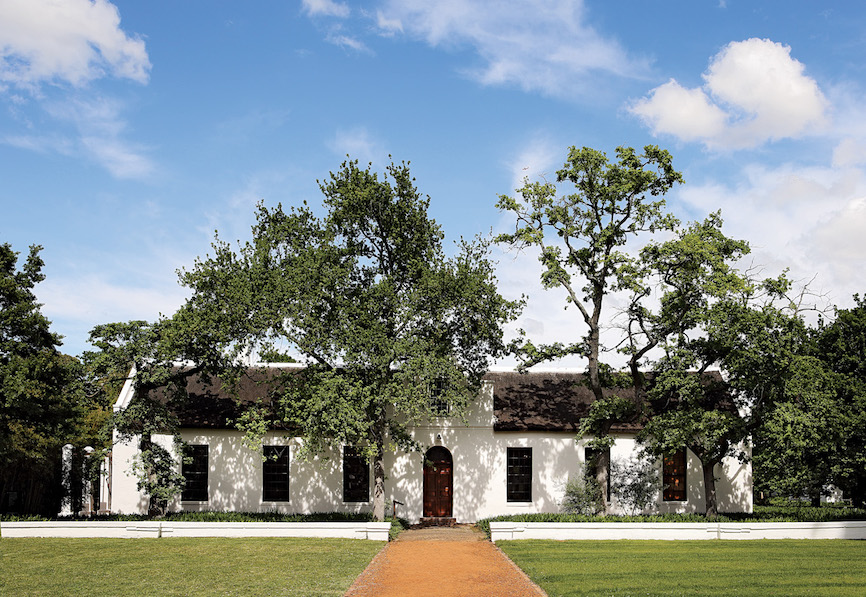 In the 1980’s Spier was a popular port-of-call for visitors and wine-tasting students, and I remember visiting in 1985 to be told by an enthralled tasting-room manager that they were now offering “two types of cheese” with a wine tasting. Cream crackers included.

The destination and the Spier wine brand, carrying the Joubert family crest, were integral parts of the South African wine scene in the 1970’s and 1980’s. In the 1970s it was presumed that Spier had the largest plantings of the Pinotage variety of any farm, anywhere in the world.

Joubert passed away in 1992 and the future of this once great estate looked in disarray: the upkeep of some of the buildings has been lacking and the farm no longer owned the brand Spier, the wines now being sold under the IV Spears label.

Enter Dick Enthoven, South African business tycoon who bought the farm in 1993, literally hours after having seen the “For Sale” sign.

And so the third cycle of Spier’s success began. Enthoven was committed to restoring the old farm building to represent the glories of yesteryear and create an address encapsulating the cultural aesthetics amidst rolling hills of vines and those spectacular views of blue sky-framed vistas Stellenbosch had been famous for since Van der Stel’s first sighting thereof.

But to revive Spier’s wine culture and, more importantly, to grow it into a feasible business as is the wont of Enthoven, he had to look outside the family.

This where Frans Smit came into the picture. Frans, then a strapping 24 year-old from Kakamas in the Northern Cape, was completing his diploma at Elsenburg Agricultural College. As a part of his studies, Smit had designed a wine cellar and on advice of one of his lecturers had been sent to have a word with Enthoven who in 1995 was looking for a winemaker.

“I arrived for the interview in September of my final year, and had to have one of my class-mates drive me from Elsenburg to Spier as I didn’t have a car,” recalls Smit. “Some 20 minutes into the interview with Dick I called a halt and said, ‘sorry Mister Enthoven, but my English is finished now and I can’t speak it any further.’”

Enthoven, recalls Smit, politely switched to Afrikaans, albeit a version not as fluent and conversational as a young farmer from Kakamas was used to. But the deal was sealed, and Smit joined Spier in December 1995, just prior to the 1996 harvest. The rest, as said in the classics and by those familiar with Smit’s abilities and reputation, is history.

“That first wine cellar under the new owner was built from my student design, for 500 tons of grapes,” say Smit. “With the 1996 harvest coming in I worked round the clock fitting pipes and making last minute adjustments, and when the picking started we harvested the princely amount of 70 tons of grapes – Cabernet Sauvignon, Colombard, some Bukettraube.”

For the first two harvest the wines still went under the IV Spears label, but Enthoven knew the lack of the Spier name was not going to allow the farm to reach its potential. He acquired the original brand in 1997, bringing it back to its rightful place.

In 2000 the cellar was upgraded to 2000 tons’ capacity to meet the demand for the wines, which were beginning to gain a substantial following in terms of quality and the reputation of the Spier name as well as the farm’s energetic, diverse tourism offerings.

“We had to realise that the land on Spier itself is not conducive to growing vineyards for a broad range of wines under a brand that was busy grabbing the imagination of the wine public locally and internationally,” says Smit. “Loyal to Stellenbosch, sure, we own land in Helderberg and Faure and have long-term contracts with other growers. But if there are good grapes from which we want to make the best wine under Spier and they are growing outside the boundaries of Stellenbosch, we get them. In the early days and still today, I spend as much time as I can looking for vineyards and ensuring the vineyards we are managing and leasing are farmed to the requirements of what is expected of wines carrying the Spier label. Compromise, no.”

Focus and specialisation in the cellar, which has now grown to 6000 ton capacity, was also one of Smits prerequisites from early on, and although the wine buck ultimately stops with him, dedicated white and red winemakers are in place. Today, Jacques Erasmus handles white and Johan Jordaan red, while Bennie Liebenberg looks after the vineyards owned by Spier as well as those farmed on its behalf. 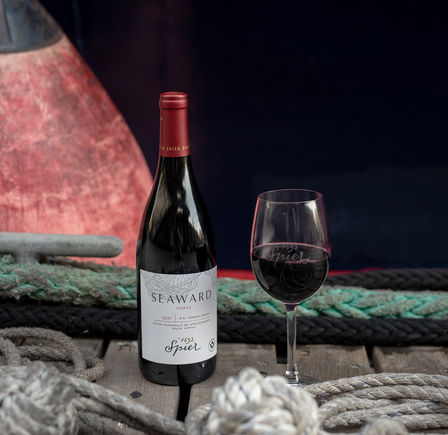 Listening to Smit account on developments over the past two decades, focus is complemented by evolution on Spier.

“From 2004 we decided to support the wines under the Spier brand by entering and attempting to win as many competitions as possible,” he says. The strategy works well, right up to today: in 2019 Spier was adjudged the most successful producer at the annual Veritas Wine Awards, a competition that has won enough golden bling for Spier to impress a rap artist in Detroit.

And in 2006, Spier lost – intentionally – much of the bells-and-whistles of its destination offering which had become commercially ambitious to the degree that the wine focus was being blurred. “We dropped the bustling, loud Moyo restaurant and moved the cheetah project out of the tourist offering. Our own surveys were stating Spier as ‘Disneyland in the Winelands’ and for a brand with wine at its core, this was not what we wanted.”

With a comprehensive wines under the Spier brand, Smit’s not going to pick out favourites. Chenin Blanc, he says, is a core both due to it being a variety aligned to Spier’s history under the Joubert-ownership, as well as Pinotage. “Cabernet Sauvignon is another grape producing beautiful wines and is part of Stellenbosch DNA. We’ve planted more, and thrown our weight behind the Stellenbosch Cabernet Collective.” 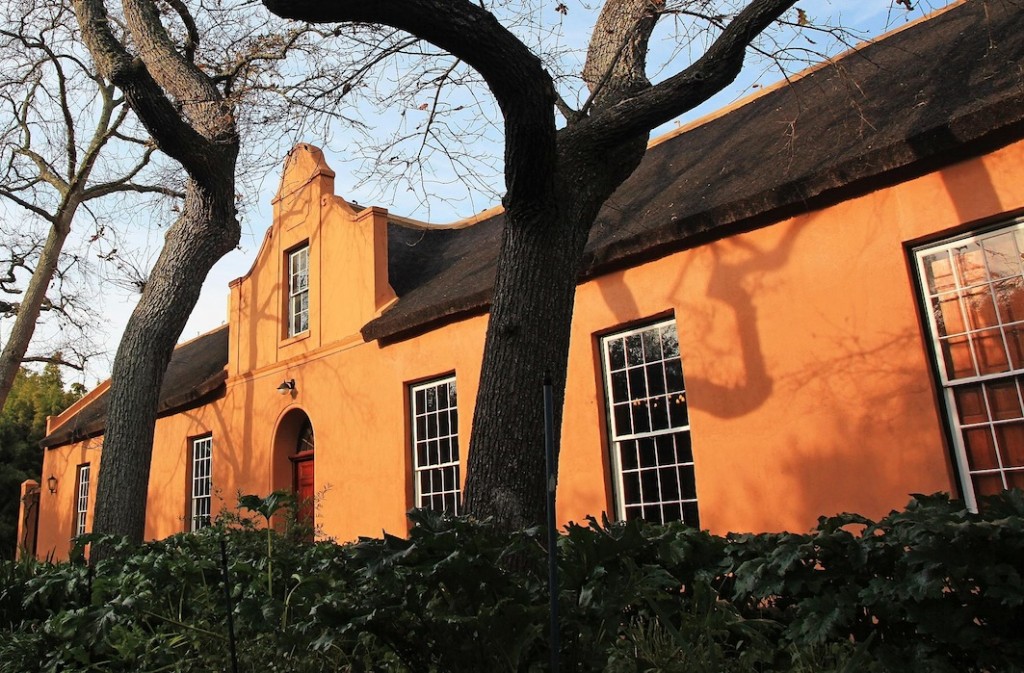 As one would be expect from someone with this degree of brand loyalty, Smit is fanatical about quality. “We harvest 6 000 tons of grapes and are not a small winery,” he says. “But I still make sure that I taste and know the quality of every bottle of wine that leaves the cellar. If Spier has a wine costing R70 or R200 in the market, myself and the team have to make sure it delivers a better quality proposition than other wines at those prices. That’s non-negotiable.”

The greatest compliment Smit received from the Enthovens was when he received a brief in the early 2000s to create an ultimate expression of Spier wine. Going all out, Smit sourced the best grapes and made the wine styles he most admires, namely one Bordeaux blend white, and one Bordeaux wine red.

Only this time, when the wine was about to be released in 2004, the cellarmaster for once had no say over what this Spier wine was to be named. The labels had already been printed, and on them were the letters Frans K Smit.

He smiles. “Every year, myself and Dick go out for lunch just the two of us. We talk about what has happened and where we are going. I think we are both happy about how the journey has turned out, and are equally enthusiastic about the way ahead.”

And, for sure, by now the English lasts longer than 20 minutes.