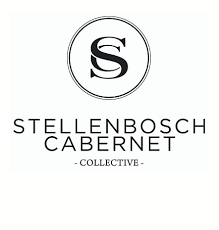 It tastes of mountain, sun, sea and Stellenbosch. “And fynbos,” says Christo le Riche, head of the Stellenbosch Cabernet Collective, the regional organisation formed in 2015 to get eyes seeing and mouths tasting what many deem to be one of the finest wine offerings in the world: Cabernet Sauvignon wines made in Stellenbosch from vines planted to the region’s ancient soils.

“When recognising the quality of these wines originating from Stellenbosch, it is often said that our Cabernets straddle the ripe expressive tastes of the New World and the refined elegance of Bordeaux and the Old World,” says Le Riche. As winemaker at Le Riche Wines in the Raithby region of Stellenbosch he is assuredly following in the footsteps of his father, Etienne, one of the original Kings of Stellenbosch Cabernet.

“If I had to pick out one singular trait Stellenbosch Cabernets share – besides the fact that they deserve to demand a higher price on the world markets – it is that the wines have a distinctive and intriguing fynbos character on the nose and palate. Along with presence and gravitas. No other region in South Africa can replicate it. Here, Stellenbosch Cabernet reflects its spectacular environment. And no one needs telling that great wine is all about its reflection of a sense of place.”

Stellenbosch was not the first place in South Africa to grow Cabernet Sauvignon. Not much is known about the variety’s expansion into the local landscape before the Wine of Origin system began some sort of regulation of the industry in 1973. Groot Constantia Estate did document the presence of Cabernet Sauvignon on those hallowed soils in 1894, although it would be decades before the variety was to be bottled under its varietal name.

In his seminal book Handboek oor Wynbou published in 1926, the legendary viticulturist and oenologist Abraham Izak Perold made it clear that as a variety, Cabernet Sauvignon held the potential to unlock immense value to the South African wine scene. He had made a thorough study of the cultivar, the growing conditions and its wines while visiting Bordeaux. Despite Cabernet Sauvignon not offering the vigorous growth and higher yields of Cinsault, which was the Cape’s more popular grape at the time, Perold was convinced that the variety’s potential to contribute to South African wine quality was non-negotiable. Although in-synch with economic realities, he was aware of Cabernet Sauvignon not offering the heavy and economically enticing yields Cinsault is known for.

He wrote: “Cabernet might offer two-thirds of the yields of Cinsault, but the quality of this grape is superior. Looking at the vineyard growing conditions here, our wine-farmers should be planting Cabernet in Stellenbosch, Paarl and the Cape.”

Perold’s word was pretty much gospel back then. It is generally accepted that he paved the way for the proliferation of Cabernet Sauvignon plantings, albeit that in the first few decades after his writing the grape shared vineyard and bottle-space with the higher-yielding Cinsault. The varieties were grown, harvested and vinified together.

Since Perold’s call to Cabernet planting, the variety has been grown in most of South Africa’s wine regions. Yet no other area has managed to conjure Cabernet Sauvignon wines that elicit the aura, the magic, of a wine bottled under Wine of Origin Stellenbosch.

Winemakers and other commentators are to-a-T unanimous in agreeing that the splendid geographical attributes of Stellenbosch lie at the core of the quality of the wines made here. Iron-rich Clovelly and Hutton soils on the mountain slopes and gritty shale and clay earth lower down. Bright daylight radiation. Diurnal temperature variation. Wet, cold winters. Exposure to the Atlantic Ocean influences from Table Bay and False Bay. Terroir-wise, ground zero for great wine grape-growing and aspects onto which Cabernet Sauvignon has latched better than any other. This natural relationship quite deservedly having been and being honoured still by generations of winemakers through craftsmanship and skill in wine-making. And consistently so.

“Consistency is one of the main criteria contributing to the success of Cabernet in the Stellenbosch,” says Kevin Arnold, a seasoned winemaker who has made great Cabernet at Stellenbosch estates Delheim and Rust en Vrede, now heading-up Waterford Estate on the Helderberg. “The owners and winemakers of Stellenbosch farms have truly acquired an understanding of the quality requirements for world-class Cabernet Sauvignon. This has allowed the region to be consistent in its collective offering of great wines, enabling Stellenbosch to achieve a track record of producing what I believe some of the best Cabernet Sauvignons in the world.”

The list of these crafters of Cabernet Sauvignon excellence from Stellenbosch need little introduction, even to those with a cursory knowledge of South African wine: Kanonkop, Rustenberg, Le Riche Wines, Meerlust, Rust en Vrede, Waterford, Jordan Estate, Thelema, Delaire Graff, Vergelegen, Simonsig, to name a few. And it was in 2014 that a few winemakers, marketers and other interested parties began to throw around the idea of harnessing Stellenbosch to what it believes it does best, namely Cabernet Sauvignon.

“To be quite honest, Stellenbosch as a wine region needed to get its act together as a lot of the action in the South African wine scene was being executed in other areas, such as the Swartland,” says Le Riche. “The parties involved in creating a new level of collective status for Stellenbosch unanimously agreed that this could only happen through one feature, and that is the proven ability to produce distinctive Cabernet Sauvignon that unashamedly wants to position itself as world-class. Unique and original, but right up there with the best in the world.”

The first foray was a tasting to attendees to the industry showcase Cape Wine in 2015. Under the banner of The Kingdom of Cabernet, Simonsig’s Malan led his knights onto the world stage with a knock-out event on the Cape Town Waterfront to representatives of international media and trade representatives.

“The showcase was a huge success, allowing Stellenbosch Cabernet to feed off the presence of a global audience visiting Cape Wine,” says Le Riche. “This inspired us to go ahead with a formal organisation under the name of Stellenbosch Collective, getting the message of the region and the brand out there into the world.”

Le Riche makes no bones of the fact that the focus is international. “If you want to be seen as a premium wine proposition, acceptance on the world-stage is a must,” he says. “The Collective drives the narrative through communication and providing an inclusive image for Stellenbosch Cabernet Sauvignon and the producers. But the latter – the winemakers, the estates, the wineries – they are our most valuable assets. It is their wines, brands and personalities that do the talking for us and there is no better way to get the message across than through the wines and their people. Both exude the kind of individuality and image of excellence we are believe to be worthy of. By instilling an ethos of Stellenbosch Cabernet into our members and other producers, the biggest success of the Collective has been getting them to proactively showcase the region and Cabernet Sauvignon onto the world stage.”

Internationally, Stellenbosch Cabernet has made itself known, and the momentum is continuous.

“The Collective had a sell-out Masterclass on Stellenbosch Cabernet Sauvignon at the London Wine Trade Fair in May following on very successful tastings in Hong Kong and Shanghai as part of the Discover South Africa campaign run by Wines of South Africa. Here we truly grabbed the imagination of those unfamiliar with the region and its wines, as well as rekindling interest among those journalists, sommeliers and buyers who already know us, but now sense a renewed commitment and energy.”

For many of the members of the Stellenbosch Cabernet Collective a primary goal is to convert image and recognition of wine quality into premium pricing.

For Malan the key is communicating and recognising wine quality. “Quality must be the main driver and then the prices will follow,” he says. “If you look at Bordeaux, they also suffered hard times in the 60’s, 70’s and only started to command higher prices in more recent times. Stellenbosch should also not hesitate to pitch our Cabernets against wines from other countries to demonstrate their right to be taken seriously.”

Arnold reckons the biggest challenge facing Stellenbosch Cabernet Sauvignon is the fact that the top labels in Stellenbosch are way under-priced in relation to other wines from around the world offering the same level of quality. Failure to increase price and unlock value to producers will simply have a negative effect on the Stellenbosch winelands in general.

“We will need to substantially raise prices of the recognised brands and have these leaders pave the way to ensuring Stellenbosch Cabernet Sauvignon is taken more seriously,” he says. “This is easier said than done, however, and the local journalists and trade will shoot this idea down six-love, but the reality is: If we do not pay the Stellenbosch growers of good quality Cabernet grapes at least R20 000 a ton very soon, we will be losing even more hectares of grapes to other more profitable crops.

“There has never been a better time for leadership from the recognised Cabernet brands to up-sell their wines and in doing so position Stellenbosch Cabernet Sauvignon where it deserves to be in the world market.”

With a tangible outfit – Stellenbosch Cabernet Collective – there to provide the leaders, a new dawn beckons. Brilliant wines. Strong brands rich in legacy and image. The right address. Together they should, surely, be able to move mountains.