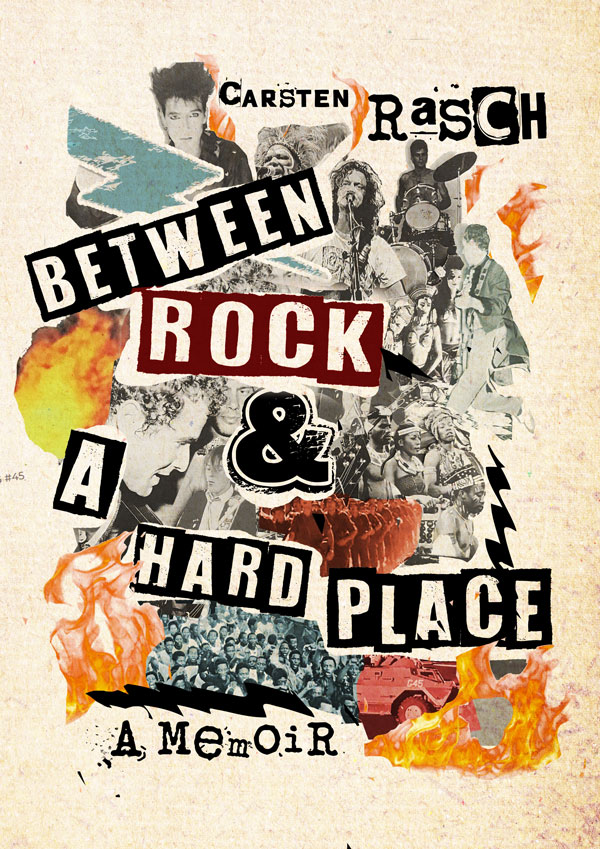 I drank a lot of superbly matured Drostdy-Hof Claret and some linear, mineral Aroma White with the author of a great book. Here I reviewed it for Eikestadnuus, the Southern Hemisphere’s answer to Rolling Stone.

Between Rock and a Hard Place, by Carsten Rasch. MF Books 2019

It is a ribald and riveting tale of a hustling music producer in the 1980s, brave and honest in its telling, with only one fear looming above the mullet-haired head of author Carsten Rasch: the dread that the party – the jol – will end.

For like the motley crew of colourful characters joining him in this memoir, the ultimate aim is to have as much fun as possible, thereby ensuring that the jol they are on keeps going, driving them to search for the next bigger, brighter and hotter party, to chomp on the slice of fun-life that’s just got to be out there.

A part of this desire to live in the fast lane originates from Rasch’s upbringing in Durbanville, which even by Cape Northern Suburb standards is spectacularly dysfunctional, largely the result of his terse, uncommunicative step-father. His restless and resentful mother don’t help much either, but fortunately Oupa and Ouma from Mum’s side offer a semblance of familial tenderness.

With rebel written on his forehead, Rasch does national service in the navy, fails university and ends up working for the SABC as a cameraman. But the party isn’t big enough and the music too quiet.

He finds the rock scene of the early 1980s, hanging with the bands and the groupies, digging the vibe. Imagine, just, how much fun it’d be to make some bucks out of this? And off he goes.

Through his honest, precise writing in the present-tense, Rasch recreates a deliciously decadent period of South African history. His generation, partly pissed off at apartheid but not enough so as to cop a one-way ticket to Europe or the States, found their emotional confusion sated by the raw energy of local music and the hangers-on it attracted. 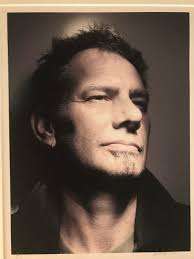 And it was happening. Through bands like National Wake and the Asylum Kids and Juluka and the Malopoets, and despite being a self-taught drummer, Rasch wanted in on the action as a promoter of concerts and gigs, and managing a band. To make enough bucks, see, to ensure that the jol continues. Because the jol was big and all-consuming enough to make him write a really cool book 35 years afterwards.

To some, a 367 page text about small-time bands playing in grotty hotels and make-shift attics through Cape Town and Johannesburg might sound about as engaging as reading the list of Steve Hofmeyr’s hair-stylists through the years. But Rasch hits all the right notes, vivid detail and the recreation of the atmosphere, sounds and language of the era tearing out of the book to make you a part of that generation, even if at that time you were doing bed-pan duty in a Buddhist monastery.

It’s great rock-writing, vibe and music pumping on the page: “Asylum Kids are a band like no other. They’re raw, angry, talented and have a powerful live show that lives up to their name. To see Robbi Robb on stage…..playing his guitar like a low-slung machine gun, is like witnessing a northern thunderstorm in full swing.”

The guys and girls going by the names of Rasch’s friends are a colourful bunch, varying from depressed, manic, drug-addicted, stylish and sexually insatiable.

It is also extremely funny in an unforced manner, the humour resulting from the slang-infected language, the various Afrikaans passages and some hysterical real-life incidents. The episode where Rasch has to trample the streets of Umtata in the then Transkei, trying to organise a rock concert while towing his mate Hoffie who is wrapped in mummy-like bandages due to a burning incident, is alone worth buying the book for.

Between Rock and a Hard Place’s success lies in the manner in which it engages the reader – whether you can relate to the ’80s urban-style, the fashions, the dope-smoking and the poser-music, or not. The prose takes a sure beat and together with the writer’s frank dialogue and powers of observation of people, attitudes, landscapes and places is evocative, making you recall a past former self or – if you weren’t there – having you wish you damn well were.

But only for some, the jol is still on. And for this author it sure is – because it’s one hell of a Rasch.