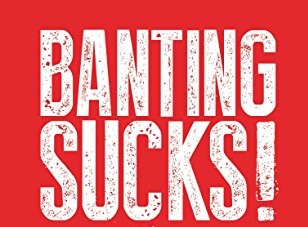 Being a notoriously slow up-taker of fashion and mode, I only decided to embark on the eating programme known as “Banting” at the end of 2018. This was about six years after Professor Tim Noakes, South African celebrity sports medicine practitioner, runner and enfant terrible of mainstream academia, began advocating the benefits of a diet devoid of carbohydrates.

Well, not so much advocating as hysterically ranting against the eating of any item that might contain a microbe of carbohydrate or – heaven forbid – trace of sugar. Daring to let these pass thou lips would, according to Noakes, increase the chance of obesity, diabetes and a muddled mind – known as “carb fog” – to befall the eater of a crust of bread, a linguine marinara or ice-cream cone.

I have never been afraid to experiment, and detecting certain bits of the anatomy attaining a decided beefiness, fell under the spell of Professor Noakes. I heard him warning one to be careful about even eating fruit as “you know, an apple does contain 25grams of carbs….”. I saw him tweet a picture of his grandchild’s carb-free birthday party, not a cake or jelly-baby in sight, but plenty of cheese, bits of meat and things that looked like nuts, all goodies guaranteed to bring obvious joy and playfulness and pants-wetting festivity to a bunch of infants.

As a guest of handy-woman extraordinaire video-maker Suzelle DIY, Noakes helped make a carb-free pizza from cauliflower and pronounced: “Cookies and cakes are the Devil!”

Now that’s my boy. If I am going to try a new eating regimen aimed at achieving certain life-complementing physical goals (PC talk for diet), who better than a fire-talking, carb-free spittle spewing Svengali such as Noakes to take me through it?

I can’t remember what day it was, thus, but it began in the morning. Already versed in what foods contained carbohydrates and hidden sugars, I began eating as carb-free as humanly possible. 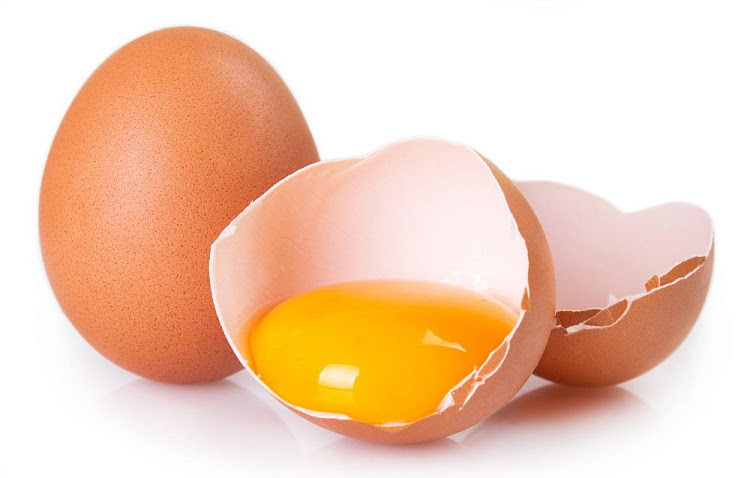 Being a skilled omelette-maker due to having run a lunch-counter in a truck-stop outside Beziers in south-west France, my days now began with perfect omelettes. Three eggs skilfully whisked, poured into a pan and as the mix set, flavour-enhancers such as fresh herbs, cheese, cured ham or bacon were added.

“This I can do!” I thought on the second morning while wolfing a hearty blue-cheese and bacon omelette, washed down with a glass of cold full-cream milk. Because the great thing is that according to Noakes, you can really graze to your fatty heart’s content as long as what is going in is free of carbohydrate and sugar.

The pleasure of using a crust of fresh baguette to wipe the eggy-butteriness from the empty omelette plate – as per the habit in France – was missed, but a small price to pay. Initially.

Lunch was trickier. Non-entertaining days saw the eschewing of tuna mayonnaise sandwiches for nuts and biltong. Not too bad. But during a business lunch I would find myself having to employ a bit of restraint: trips to Dias Tavern were pretty hard when I was forced to witness my peri-peri chicken accompanied by a green salad while my dining partner tucked into the pile of golden-brown, vinegar-infused potato chips that lay on his plate. Fortunately one’s own drool is carb-free.

Supper at home required a bit of juggling. No pasta, risotto or Croque Madames with which to alternate days of red meat, fish or chicken. So I spent a lot of time at the fire doing caveman-sized hunks of lamb, beef or pork, with the odd tuna steak thrown in. These were devoured on their own or partnered with another green salad, blue-cheese or feta piled high. 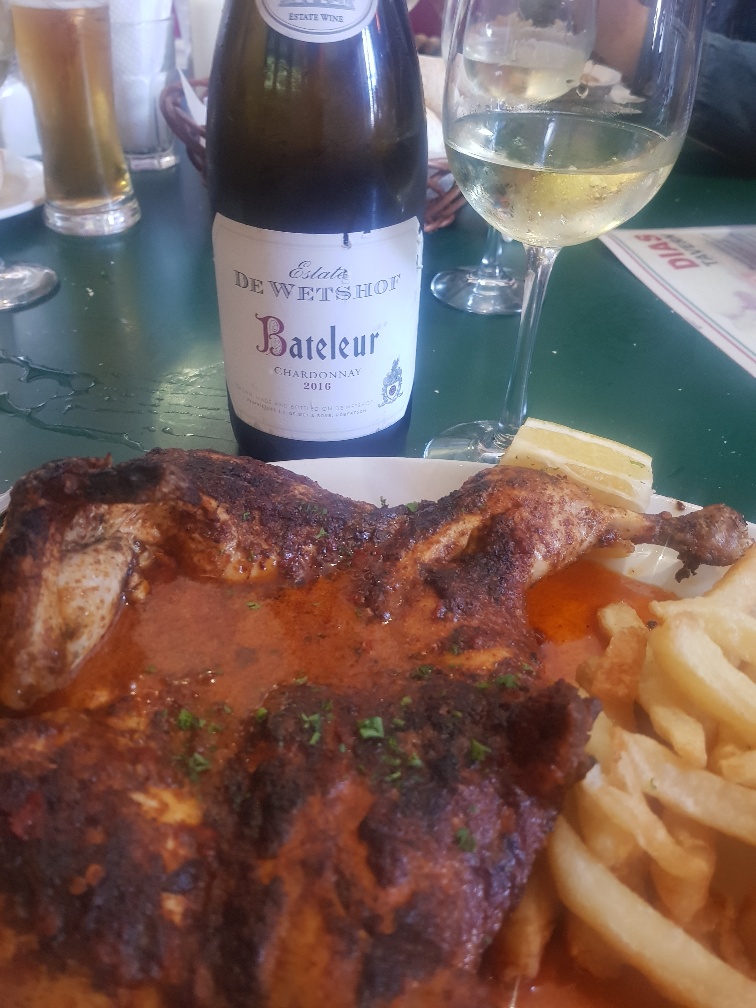 And next morning, it was omelette time again.

Now, at risk of being struck down by a lightning-bolt from Banting Heaven, I admit that during this whole exercise I was not willing to forego a daily glass or three of sugar-harbouring wine. It being summer and all, a few glasses of Chardonnay or Sauvignon Blanc diluted with a cube or two of ice could surely not be totally against the will of the prophet?

One thing I can tell you is that the wine industry should get a special place in the Banters Congregation, because such a bloody boring eating programme would for most persons not be bearable without the pleasures of wine to help one get through the day.

To begin with, after just over thirty days of omelette breakfasts I now truly gag at the smell of eggs starting to cook over heat. Scrambled, fried…even opening the cap on a soft-boiled egg sends shivers through the senses, the same kind a feminist lecturer at UCT gets when someone tells a Blonde Joke.

Same goes for nuts. I have always loved having almonds, macadamias and cashews around, knowing that when the desire to snack struck once or twice a week, a healthier option to salt-and-vinegar chips or Doritos and salsa was available. During my carb-free period, nuts became a staple as I’d grab a guilt-free handful whenever a hunger pang struck. Twice a day, at least.

Subsequently nuts’ crunch and once-delectable hidden oiliness has become as appetizing as munching on used ear-buds.

The maritime savouriness of canned tuna already attracted me as a youngster and at boarding school a stash of tins was always on-hand from which I’d make amazing toasted tuna-and-mayonnaise sandwiches to help me and the mates through late-night exam studies. During the Banting Period, however, my relationship with this fish went south. Protein-heavy and carb-free, I’d happily scoff a can or two for supper or add it to a cold lunch of boiled eggs and celery. 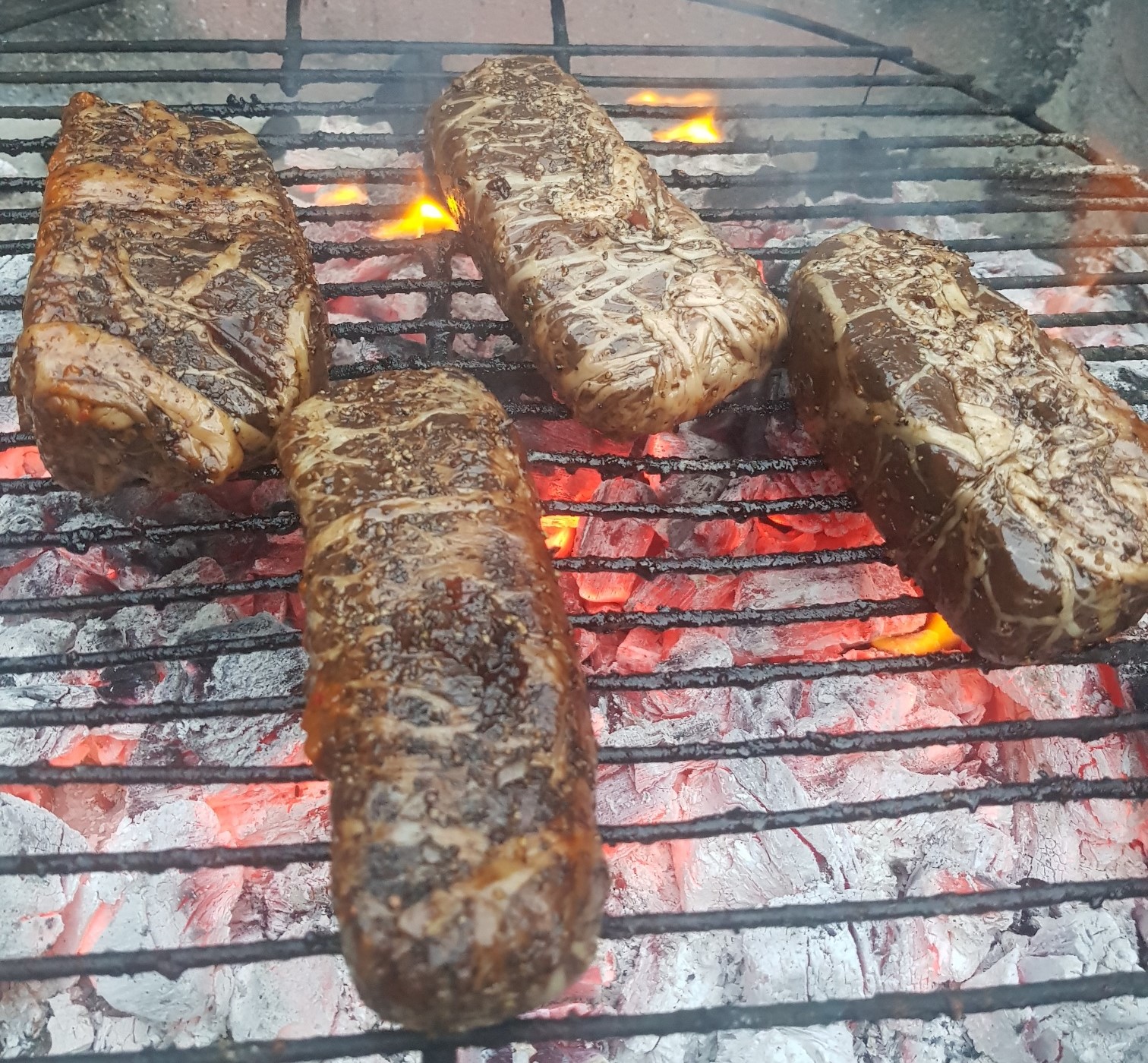 A few weeks later, and the thought of opening that tin and feasting on the lean fishy contents has me understanding why cats are such grumpy, ego-centric creatures.

Even meat became boring. I am a carnivore of note and truly believed that meat-friendly Banting would be a breeze, as there surely is no bigger craving than that known as primal bloodlust.

Yes, a rare sirloin steak andcharred two-inch thick Karoo lamb-chop are satisfying on their own or with a crunchy salad. But try eating this two, three times a week and I got the same feeling I had when my Dachshund was put-down: there is just something missing. The creamy white flesh nestling in the crisp casing of a piping hot baked potato to suck-up the fat of the lamb chop. That delectable crunch of a French fry to assist the fleshy, smoke-accented taste of steak hot off the fire. A swirl of angel-hair pasta with which to mop the creamy white wine sauce in which a veal cutlet was simmered.

Most distressing of all this is that some wine lost its allure due to the carb-free eating pattern. A brisk light Pinot Noir or Chianti becomes impossible to truly enjoy without a thin, blistery pizza. What is Noble Late Harvest wine if it cannot be had with a wad of salty blue Roquefort cheese piled upon a thickly buttered slice of baguette?

Good luck in getting the most of a glass of great Cabernet Sauvignon if you are not allowed to drink it while eating an eight-hour simmered ox-tail stew lying on a mound of mashed potato infused with the marvellous fatty meat sauce.

For a week after the Banting episode, I pulled on my jeans and thought that this was the best of times. But then the bowl of nuts sitting next to the pile of tuna cans woke me up, realising they were actually the worst.

Suppose you can’t have it all, after all.