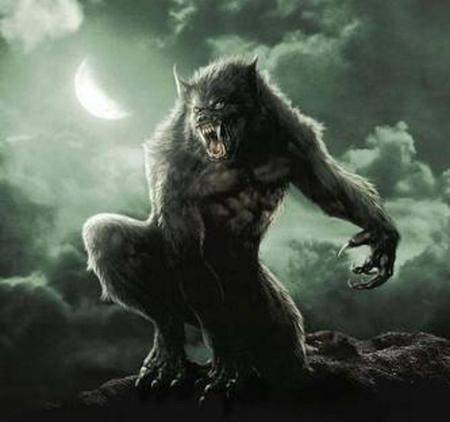 The animal is there, the question being what are you going to do about it? At a monumental Pinotage tasting held in the Braemar domain of Anthony and Olive Hamilton Russell, a gathering of wine-makers, insightful marketers and lonely scribes assessed a line-up of wines drawn from a broad spectrum. Some familiar Pinotages were allowed in among a collection dominated by offerings from cooler and far-flung regions, signed-off by wine-makers who might be termed as being non-traditionally associated with South Africa’s home-grown red grape.

Winemakers ranging from Hamilton Russell’s Emul Ross to Eben Sadie from the Swartland and Stellenbosch-based Jacques de Klerk from Radford Dale were unanimous in recognising the existence of flavour compounds bearing a feral nature that are a part of the Pinotage DNA. And where the traditional way of dealing with “the animal” appears to entail beating it to a slow, merciless death with new, heavy-toast French oak after punching-down the living bejesus out of it during ferment, another tendency is some gentle-handed treatment. Cooler fermentation. Working the cap less rigorously. Older oak.

The line-up was made-up of wines from Stellenbosch, Hemel-en-Aarde, Swartland, Citrusdal Mountain, Durbanville Walker Bay and Franschhoek, and I left the affair convinced that as far as home-grown varieties go, nothing comes close to Pinotage in terms of diversity. When big and full, such as Kanonkop Black Label 2016, classic and dense dark fruit meet spice and palate depth for an intoxicating, headily beautiful wine.

On the brisker, breezier side, such as the False Bay Bush Vine Pinotage 2016 – discovery of the tasting, by the way – the variety takes on a crunchy, zip-laden Beaujolais Gamay guise full of aired berries and crushed blossom.

Anthony Hamilton Russell, an ardent Pinotage fan whose Ashbourne and Southern Right wines featured in the line-up, rightfully noted the need for this versatility of styles to be embraced by the industry and its followers. “Pinotage is the great South African calling card,” he said, “and it truly is a wine we can sell into the rest of the world as a unique proposition.”

While Anthony and the assembled winemakers got really technical with talk of such things as the importance of “early malolactic lees removal” I was mesmerised by the Braemar House line-up, sometimes wondering whether the animal was in the glass or standing next to me in the form of an 85kg Irish wolfhound.

But the versatility shown by the wines was astounding and delicious, my top five without any order of preference being:

• David & Nadia Pinotage 2016: That old Swartland magic does it here, the wine knocking you sideways with its perfumed beauty and delicate, wispy presence on the palate. I mean, awesome. Mulberry and raspberry elements gush forth on a riveting line of acidity, with some well-harnessed tannins providing long, supple muscles that will hopefully never break, tear of flab. Also, the Alcohol Police are in for a session of collective chanting and joyous tantric coupling upon discovering the 12.5% level here.

• Southern Right Pinotage 2015: Now this…like a Roger Federer backhand, a Uma Thurman wink and a new-born Dachshund, this is perfection. Never should use this word, right? Well in that case I’ll just throw in “nice” as well. The classic features of Pinotage pedigree are here: broody ripe prune given a faint animal tang which heightens the senses, enlivening the palate and making the nose aware that something is happening. And then it comes, layer-upon-layer of spectacular red wine characters. Tart pomegranate, ripe black cherry, freshly sun-dried oregano. Plush mouthfeel, lingering aftertaste of wine-gum and black grape-skin. Gorgeous.

• Radford Dale Frankenstein 2015: Before tasting the Frankenstein, wine-maker Jacques de Klerk had made a lot of talk about Pinotage and texture. And it showed in this wine which caressed the palate with easy, confident strokes underlining fine Stellenbosch fruit and an obviously deft hand in the cellar. An initial invigorating freshness on the attack settled down to hints of kirsch, a good smack of blue-berry paste and such a life-affirming whiff of pine-needle that made one want to hug a monster or engage in the testicular inspecting of an Irish wolf-hound

• False Bay Bushvine Pinotage 2016: The vines face False Bay and the wine is handled by Nadia Barnard of Waterkloof, and all is good with the world. A show-stopper of the under-stated kind. Zesty red fruit. Light, summer-skirted and dainty in its fruitiness, but with enough tangy tannin and all-round presence to make this a deliciously complete red wine. At under R65 a bottle, here goes stocking-up for chilled summer glugging.

• Ashbourne Pinotage 2015: Like Marlon Brando, this wine always wanted to be contender but now surely is – for the title of A Pinotage Great. Refined tannins form a seamless cord from palate attack to the final finish. On this hangs fynbos and a salty, rocky edge. Bring on midnight black plums and berry, some warmed all-spice and grating of wild mushroom. Complex and surreal, the wine is alive with freshness and elegance that is as magical as it is pure delicious.

This, I thought, is why we drink wine.