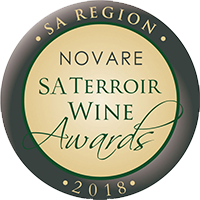 The tuxedos are being aired and pearls polished, for this is now the official awards season in the South African wine industry. With the invitations flocking into my in-box with greater frequency than unsolicited photographs of Melania Trump and requests for trinchado recipes, I am reflecting on the status of wine shows. Again.

Two are standing out – one old and one new.

Let’s take the youngest of these, namely the Novare Terroir Awards which was recently held for the 13th consecutive year. When this show hit the scene, it really did not gain much traction. There were less producers around, the need for award-winning stickers to market your wine was not seen as all that important and the energetic social media and other promotional opportunities for wine brands were still to hatch.

Plus, not many folks understood what colourful marketer and wine writer Marius Labuschagne – a.k.a Lappies – was trying to do when he launched the competition. Except to throw a thumping party, something he is known to enjoy as much as any of us old-school wine communicators, as well as earning a few bucks in the process. Nothing wrong with that.

Today I bet there are a few clear-minded wine industry business types that are grinding their capped molars that Lappies beat them to it by creating a wine competition not only unique in its concept, but also has taken ownership in the recognition of the all-important term “terroir” in its use as a marketing and wine-show vehicle.

As the marketing bumf states, the Novare South African Terroir Wine Awards “honours the wines which truly portray South Africa’s different wine growing areas.” All entries must be a certified Wine of Origin from a specific single vineyard, estate, ward or small district not divided into wards”.

Judges then select the wines based on their ability to best express the elements inherent to these unique patches of sunlight, soils and wind-swept turf – the very concept which many other organisations are now scrambling at to punt through various producer groupings.

But it is only these Terroir Awards that truly attempt to include, promote and award wines of pin-point geographical origin. This is something that is sorely needed today, as origin has become King, yet the South African wine industry has undermined its importance by allowing the promiscuous trucking around of grapes and wine from larger commercial areas to be bottled at more valuable and established vinous addresses related to historical Boland towns.

Plus, who would not want “terroir” as part their marketing collateral?

I’ll admit to not totally understanding how the judging process works. Perhaps the palates are truly gifted enough to assess that “this Simonsberg Cabernet Sauvignon is really a much finer expression of the region’s terroir than the one we had in flight two”.

But I like the fact that this competition offers a different proposition than others, provides a more succinct objective and gets wineries that are serious enough about the importance of taste-of-place to enter the Terroir Awards in the first place. And yes, it is a great party.

Check out more, as well as this year’s results at http://www.terroirwineawards.co.za/ 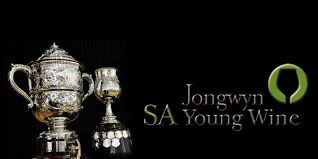 The roots of the National Young Wine Show can be traced back to 1833, making it one of the world’s oldest wine competitions. And I’d be first to admit an initial lack of understanding as to why South African wine makers would each year fall over their Toyota Hi-Luxes to get their new vintages – most still as tank samples – entered into this competition.

What does the consumer stand to gain from a Chenin Blanc or Shiraz that wins a National Champion Trophy at the Young Wine Show when the winning wine will have more than likely been made by a mass-producing co-op and will end-up as part of the blend of a soul-less cheap label or mixed into a bulk shipment for Holland?

Having attended a few of the competition’s spirited awards functions – from Kakamas to Piketberg, the Cape Town Convention Centre to Stellenbosch Town Hall – I have had my attitude changed. In the admittedly limited cerebral department that is, and not by a bulky winemaker from the Olifant’s River with a penchant for wine-show violence.

For why is it that the co-operative cellars who produce by far the majority of South Africa’s wine do so at such high levels of quality?

Cheap and cheerful these bulk, ubiquitous Chenin Blancs, Shiraz’s, Cabernets, Colombards and Chardonnays may be, as well as being trashed by the damp-wipes spread about by wine critics. But value-for-money these wines are meant to exist as just that so as to appeal to the general consumer. In offering this, one cannot overlook the clear varietal expression, bright fruit and drinkability of these wines.

My bet is that the culture of the National Young Wine Show and the importance those winners’ trophies – large enough to bathe a well-nourished baby in – hold for the bigger wineries, has contributed towards the standard of wine-making and cellar management that we are benefitting from today. Price and image might not be what we want, but the quality of the wines at that level cannot be faulted.

One thought on “Wine Shows that Keep Showing”