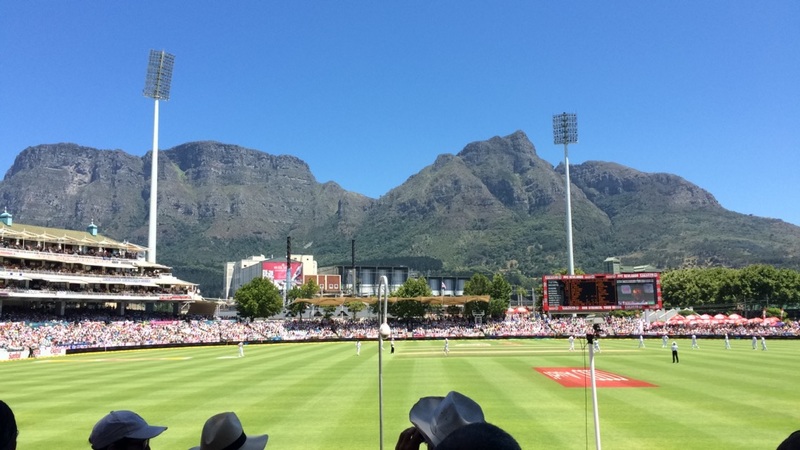 Attending the third day of the Newlands test between South Africa and Australia was a somewhat sobering affair. And no, I am not talking about the underhand goings-on by the chaps from Down Under.

If you were seeking a decent glass of red or white wine, your luck was out. No umpire decision pending. Unless, of course, you were ensconced in a corporate suite or hanging about in the Western Province Members’ Stand where the bar choices are limitless, as I have been fortunate enough to experience in the past.

If you were in the Joe Soap seats with the “normal” folk dependent on the refreshments available to the general public, any enthusiasm at the prospects of a glass of something drinkable from a Boland wine bottle was dampened.

As the Boeing passed overhead at noon, my cricket viewing was interrupted and habit got the upper-hand. I went looking for some vinous refreshment and behind the President’s pavilion I encountered a crowd of thirsty men and women already trampling each other to get a beer. I joined one of the queues to buy a token before lining up in another where the drinks were dispensed.

With my R25 token in hand, my eyes widened as a monstrous glug of stuff was poured into some plastic container from a bottle of 4th Street. The first sip realised my worst expectation and I knew the immense erring of my ways, despite me not having even the slightest strip of sand-paper anywhere on me. This sickly sweet wine was just not acceptable, and thus promptly disposed of.

At the lunch break I continued my search for a glass of decent wine around the stadium without any success. Beer, more beer, flavoured coolers and cider. Not a Sauvignon Blanc, Chardonnay, Cabernet or Shiraz in sight. And this when the Cape is supposed to be the showcase for South African wine.

It left a bitter taste, much like the same day’s ball-tampering. And similarly, just not cricket.

(Fritz Joubert is a former cricket writer for Die Burger newspaper for which he was at Newlands reporting on the tests between South Africa and Australia during both the 1967-1968 and 1970 tours.)

2 thoughts on “Wine Service Strikes a Duck at Newlands Cricket”