Scarcely 20 years after being founded by former legal-eagle and Stellenbosch local Kobus Basson, Kleine Zalze has become one of the power-houses in the South African wine industry. The ever-present brand with the gutsy Mark-of-Zorro slash on the label is one of the conquerors of the local and international retail shelves and restaurant wine lists. Making an array of varietal wines and blends at various tiers and diverse price points, Kleine Zalze’s commercial success is backed by a commitment to producing wines of exceptional quality more than able to compete with those made by smaller estate-focussed wineries.

Brand-awareness, diversity of offering and quality wines are complemented by Kleine Zalze’s position as one of Stellenbosch’s premier tourist destinations, largely helped by the classy Terroir Restaurant, one of region’s first forays into wineland fine-dining, and still going strong.
This is a set-up that Alastair Rimmer, who took-over the reins as Kleine Zalze cellar master in the spring of 2014, relishes. He likes to fly with broad wings.

After his BSc in Viticulture and Oenology at Stellenbosch, Alastair worked stints at Overgaauw, Agusta and Vergelegen before heading out to see the rest of the world, and make wine in it.

Alastair’s international foray lasted nine years, including gigs in places such as New Zealand’s Marlborough, Jumilla and Alicante in Spain, California’s Napa Valley and the famed Rockford Wines in South Australia.
“If there was one thing I came back with, it was an awareness of how poor South Africa’s industry had been in creating brands and making wine at economy of scale,” says Alastair, whose accent hovering between stretched American and stifled Australian attests to his years in the great wide wine world. (His Afrikaans is baie goed, dankie.)

“That’s why I am really glad to have had the opportunity from early in my career to understand that for a wine business to survive in any country, great grape-farming and dedicated wine-making towards achieving best quality has to be underscored by an ability to play the numbers game,” he says. “Making a stunning wine is one thing. But making 200 000 bottles of it, that is another story.”

This philosophy ascribes to what Kleine Zalze has always set out to achieve. Despite the reference to grapes having been grown here, somewhere in 1695 by the usual European immigrant, Kleine Zalze’s sweet-spot lies in making good to excellent wines in eye-watering volumes.

Besides the 70ha of vines on the Klein Zalze property itself, Alastair and his team oversee and source grapes from various growers in other pockets of Stellenbosch as well as further-lying areas of the Cape.
“Before setting out to do wine, I wanted to study horticulture,” says Alastair, who originally hails from Johannesburg and was schooled at St Johns. “But I have never lost my interest in plants, therefore am a firm believer that one grows wine. Vineyards and vineyard management lie at the core of what I and my team believe to be the reason for what Kleine Zalze’s is managing to express through our range.” 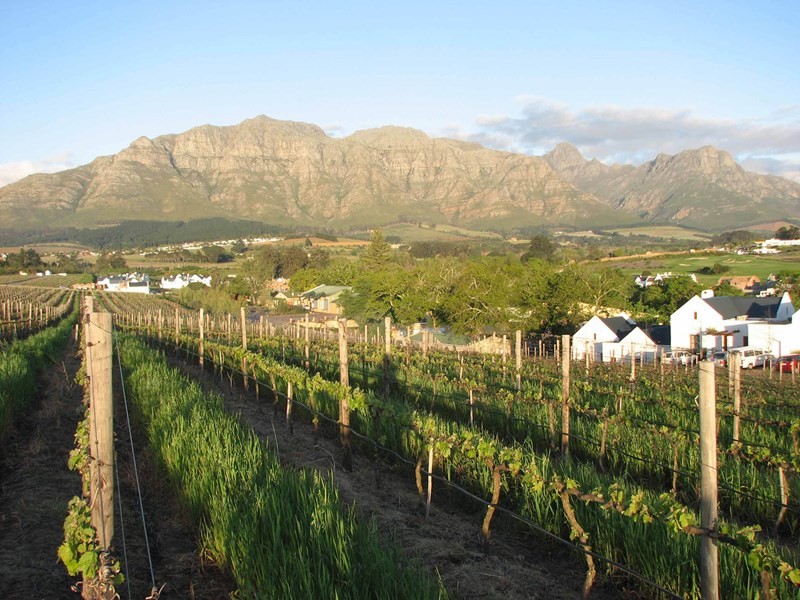 Sitting under the oaks outside the Klein Zalze tasting-room, he points to a row of vineyards on a ridge above the cellar. “The Kleine Zalze farm has fantastic oak-leaf and tukulu soils. We took out old virussed plants and put in 25ha of Cabernet Sauvignon,” says Alastair, who like a true New World winemaker gets a look of distaste about him when leaf-roll or any other virus is mentioned. “We don’t just aim to farm virus-free vineyards, we are aggressively anti-virus.”

He says Cabernet Sauvignon is what does best here on Kleine Zalze, which is also planted to Shiraz, Merlot, Chardonnay, Viognier and Chenin Blanc.
“If you look back at what South Africa – and especially Stellenbosch – has achieved, you’ve got to say that Cabernet Sauvignon is the cornerstone of the country’s wine industry,” he says. “It grows well here, we know how to handle the grape and our rendition of the variety is recognised throughout a world wherein Cabernet Sauvignon will always be one of the most desired wines.”

And it is also a variety that has enabled Kleine Zalze to off-set its image of a high-volume producer with a proven ability to make some of the finest wines in the country.

Alastair takes a comfortable jump from Cabernet Sauvignon to Chenin Blanc, fitting right into the ethos of Kleine Zalze and what the brand does best.

“Chenin Blanc is simply South Africa’s premier grape,” he says. “It’s been a part of the vineyard since the beginning of the industry and is inextricably linked to the identity of who we are and what we are trying to achieve. And along the way, South African Chenin Blanc has become the best in the world.”

General wine style? “Believing that the vineyard plays the predominant role in driving the wines’ expression, we go for clean fruit purity expressing the brightness of New World wine,” says Alastair. “But in the same breath, we are able to get elegance and structure more akin to the Old, which – having experience of working extensively in both wine hemispheres – creates a balance and harmony that other countries are enviable of.” 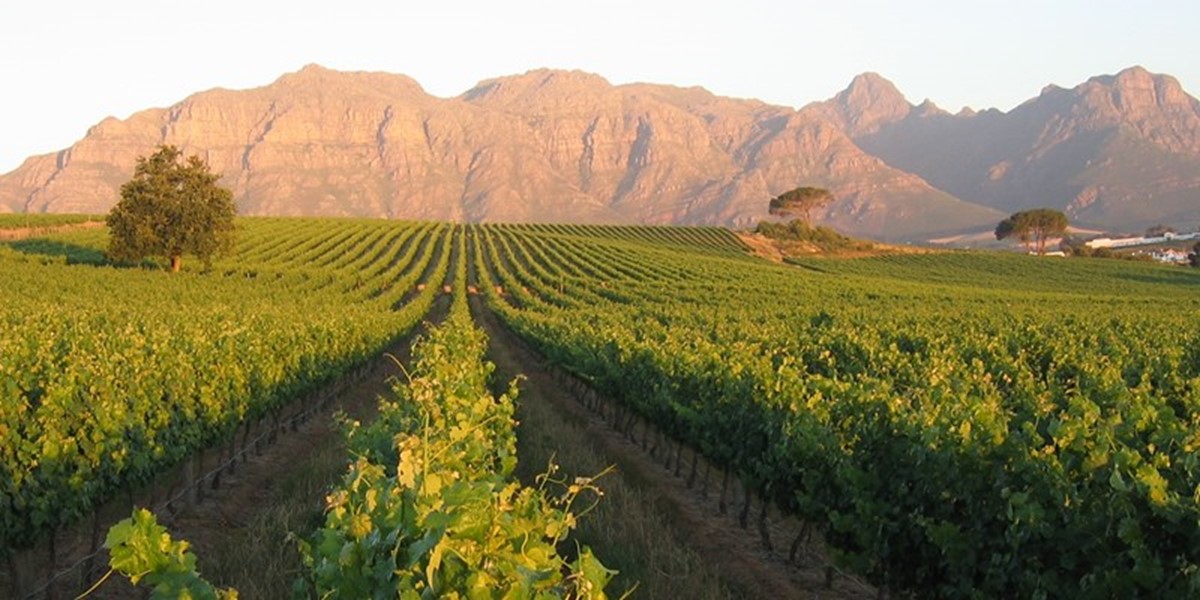 It is possibly the Kleine Zalze Chenin Blanc range that expresses this the best. The first-level unwooded Cellar Selection Chenin Blanc 2017 offers the zesty, clean white wine flavours Chenin has become so popular for. Well made to the demands of purity and talkative fruit Alastair wants, it is made in enough volumes to sate the thirst of the hundreds of thousands of fans this wine has.

While in the Chenin Blanc Family Reserve 2016, wooded and made from old vines, there is a creaminess and opulence of a great white wine, daunting complexity and fullness lined with more-ish notes of lemon meringue and fresh pears. This is the kind of multi-layered, sophisticated white wine one would expect from a winemaker like Alastair who confesses to a weakness for the Rieslings of the Mosel and Burgundian Chardonnay.

Of the Cabernet Sauvignon, Kleine Zalze offers the two personalities this marvellous grape is capable of owning. The Vineyard Selection 2015 bears a powdery whiff of dry flowers, with the dryness continuing in the palate where supple tannins give why to fynbos, red fruit and li-smacking juiciness.

After the glory, comes the power, and the Klein Zalze Family Reserve Cabernet Sauvignon 2013, like the top-end Chenin Blanc, proving that a ubiquitous and visible brand is more than capable of making masterly wines. This Cabernet is plush and sappy, awash with thundering waves of dark berries, pine-needles and something deliciously savoury. Not to be taken lightly, and possibly overpowering for the faint of heart, this wine makes a statement. Like the “Z” of Zorro carved onto your chest, the wine leaves its mark in a visceral and lasting way, ensuring you are branded for life.