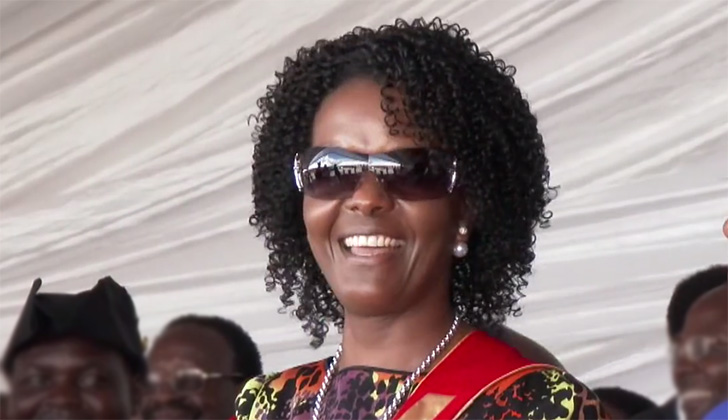 Well Robert Jnr did have a go at the private banker in the audience who said that he preferred South African Cap Classique to French Champagne, but it was just a slap on the Armani-clad wrist. Fortunately Robert Senior was not around – here at home a sloppy utterance on matters vinous, like that, can get you 90 days detention without trial.

So why, just why were you so angry with that girl you found in your boys’ room?

I just lost it, sorry. I asked her to state how many Grand Cru’s there are in Meursault, and she said four. I mean, really? The girl said four when everyone knows Meursault does not have any Grand Cru’s. This was no simple mistake. The girl was taunting me. Now you can mock my hair, tease me about the ostrich skin Blahniks or that lousy Botox job I had in Sea Point, but don’t mock me on Burgundy. Then I see red and maroon and black.

Where did your love of wine come from?

As most things important to me, from Robert Senior, the love of my life. Every time we appropriated a white farm together – which is more romantic than you think – we’d look for the wine cellar. Some farms just had crates of beer and cheap Scotch. But others had fine collections of Bordeaux, Burgundy, Port, Madeira and Sherry, really good stuff the friendly farmers kindly donated to the people of Zimbabwe. So like most things, our wine cellar belongs to our nation and all who live here. You know that thing winemakers always say about them just being the custodians of what nature gives them? Well, so too are we, Robert and I, just custodians of the great supplies of wine in the cellar. Therefore you must know how important it was for me to get back to the cellar when the cooling broke, especially as we had just had the 2015 en primeurs delivered.

What wines do you and your husband enjoy on an average day?

We both like a bit of Chablis before lunch – I prefer the Valmur, but Robert goes crazy if there is no Le Blanchots. Which is not as steely as the Valmur, but the perfume is fine. Lunch is usually with a Pinot Noir, Spyglass Hill from New Zealand or a chirpy little Beaune from Clos de Mouches. And at supper Robert is usually asleep so I will get something heavy and meaty – one of the body-guards and a Napa Cabernet from Harlem or an Angelus from Bordeaux. We have loads of Angelus from a flower farm we took over in 2013. Just loads.

Will you going back to South Africa soon?

Of course! I left my set of Riedel Sommelier glasses in Brown’s and I have to buy that girl I accidently hit a drink.

What will it be then?

Awe..she looks like a Four Cousins chick, but I’ll introduce her to something better. Perhaps the Jordan Black Magic Merlot.