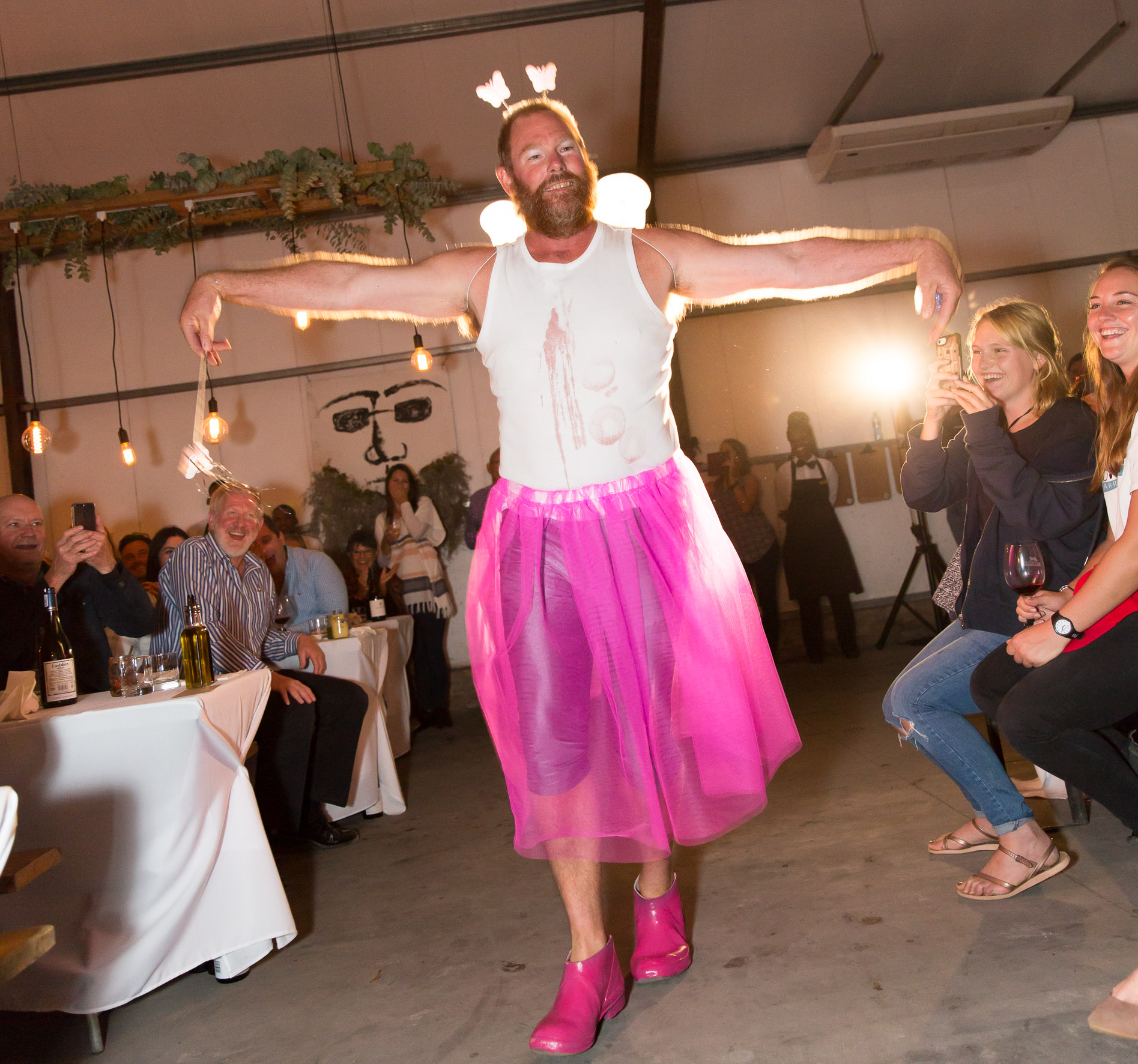 A march to the Bot River Wine Valley is set to disrupt roads leading into Hermanus this long week-end as hundreds of women plan to protest against the holding of the Barrels and Beards event. The annual event, presented last week in the Bot River, sees representatives of the local wine industry being encouraged to grow beards for the duration of the harvest, with the be-haired jowls being judged at a raucous evening of wine-tasting, dining and entertainment from the contestants.

According to Parmentina Blogsworth, a potter from nearby Kleinmond, she and “hundreds of like-minded women” are planning to march in protest at an event that so obviously excludes women.

“It is quite shameful that in this day and age any organisation, let alone one as supposedly cultured and inclusive as a wine region, supports an event that does not offer women the chance to compete,” she says. “Harnessing your energies to create a competition and celebration excluding women by focussing on the most macho of masculine features – the ghastly, hairy, prickly beard – is a low blow.”

Ms Blogsworth said that equal rights were embedded in the constitution, making it illegal to discriminate in terms of gender or sexuality, something she says Barrels and Beards does by its exclusively and boastful male nature.

“By stating that the event is part of the tradition of growing beards at harvest time is nothing but a sly attempt to give this celebration of masculinity and testosterone a veneer of rural quaintness and tradition,” she says. Ms Blogsworth also finds the donning of colourful tights, ballet dresses and make-up by many of the Barrels and Beards contestants in bad taste.

“So, we are good enough to provide the men with gay female attire and accessories, but at the same time our red-blooded female presence is excluded from the competition,” she said. “So very typically male of the kind that needs changing.”

However, Ms Blogsworth did not deny her eagerness to see a female element to the event.

“Myself and the other sisters of Kleinmond, Bot River, Betty’s Bay and Karwyderskraal would love, simply love to be a part of a wine event in this lovely region we call home. But no matter how hard we try to convince the organisers, they don’t want to budge, full-well knowing that beards are the trappings of the male species alone.

“Sure, the Betty’s Bay novelist Sufesia Nothnagel and Rooiels chef Lambi Coltrane are able to sport some growth, especially during winter, but we know that as women we have been discriminated against by not according us the ability to sprout full facials.”

Asked to suggest as to how Barrels and Beards could accommodate members of the fairer sex, Ms Blogsworth suggested a bit of lateral thinking.

“If we had enough time we could do Barrels and Under-arm,” she says, “although Barrels and Pubes would deliver a closer contest, but might undermine the tourism potential of the event. But just be more accommodating – how would the men feel about Barrels and Cleavages for a festival.”

The march is set to begin at the gates of Barton Wine Estate where last week’s Barrels and Beards was held from where the troop would march to Bot River to hand over a petition to Niels Verburg, the burly winemaker who started it all in 2010.

“We might not have beards, Niels, but we do have feelings,” says Ms Blogsworth. “We ask is for a fair chance to be part of your event, which at the moment is a one-sided affair. All hair is created equal, but according to these men some hair is more equal than others.”

One thought on “Hell Hath no Fury Like a Beardless Women”