With the end of another year looming, nostalgia floated in the Cape Town air along with whiffs of coconut sunscreen, freshly oiled beards and garlic arm-pit. A breeze-less afternoon, full of soft sun and summer promise, lured me to the aroma and taste of my adolescence – and all others who grew up in the days before sushi bars, noodle-shops, shared tapas plates and organic buckwheat pizza joints. For there was a time when a visit to The Spur was a culinary highlight. And I was curious to see whether a feeling of lost youth could be sparked by that Western interior design and the sweet scent of fried onions as fleet-footed waitresses and waiters scurried about bearing plates piled with burgers and fries and waffles, and all such plain good stuff.

The Santa Ana Spur at the Cape Town Waterfront was chosen, and at a minute past noon the vast space was already crowded, packed to the rafters. Most of the patrons appeared to be men and women who had successfully multiplied. Scattered at tables and booths throughout the restaurant, the adults’ collective forlorn, edgy silence was offset by the racket their offspring was making. This was a cacophony of infantile shrieks, whoofs, shouts and howls, the aim and objective of which was far beyond my comprehension – despite my apparent vocation as a communications specialist.

While the parents stared at menus or silently piled French fries and soft-serve into their mouths, the results of their breeding stabbed each other with forks, hollered at the passing waitresses and frantically waved their hands and shook their heads as Mother wiped the caramel sauce and snot from their pudgy little faces.

I hesitated at the entrance, wondering if I could do this. Where were those illicit teenage evenings in the dodgy lighting of The Spur in Sea Point Main Road? Sneaking a cigarette while sharing a double thick banana milk-shake with Veronica Kaplan, your hormonal stirrings fuelled by the excitement of being away from home and being out, at one with the other people of the night. 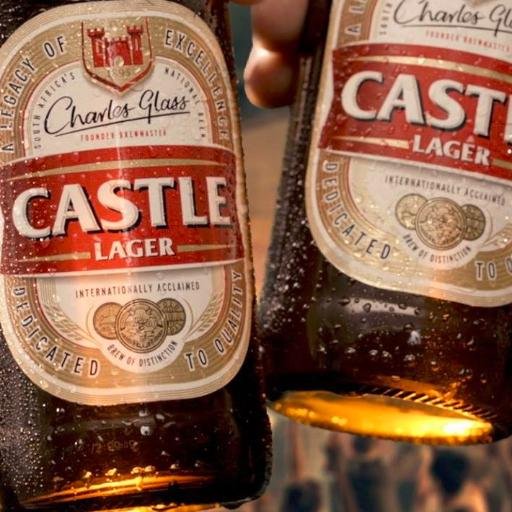 Looking over the scene before me, there was none of the atmosphere of expectation and freedom I remembered from my visits to The Spur. There were still some garish Western accoutrements to the eye, but the vast expanse of the interior and the ocean of humanity made the joint look like some sort of refugee camp that had limitless access to an Ackermans account.

But before I recanted, I was whisked to a “table for one” by a smiling waitress with teeth as white as coral and clear eyes that looked at you with one half pity and one half concern.

Settling in with an iced Castle Lager, things began to look better as I realised that my appetite had survived the visceral onslaught of the herd of infants. Although the sight of a round woman with partially hidden facial hair breastfeeding a baby in a Stormers baby-grow did remind me to forgo the soft-serve.

For a start I ordered the Nachos Mexicana – I was going to be drinking a lot of cold beer, and needed the dry crunch to keep it going. And for a main course, the famous Chedda Melt burger. I enjoyed ordering this plain fare as much as I enjoyed seeing a menu devoid of poncy modern eatery offerings such as pork-belly, red wine jus, honey-glaze, kale and anything to do with truffle oil.

It was not long, however, before I once again rued my lunch venue. A small boy with flat, shiny black hair and a stunned expression tapped me on the knee and pointed his slimy, wet dummy to my beer glass. “Beer want! Beer want!” he murmured before a small tired looking woman the age of Hannah Montana came over and dragged the boy away, with the expected sound of anxious wailing normally associated with strait-jackets, padded cells and 24-hour loops of Steve Hofmeyr’s Greatest Hits.

The nachos arrived, and things looked better. Piled high, the corn chips were authentically crisp and well-sauced with salsa, guacamole and melted cheese. It all made for good eating, clean crunches of nacho interspersed with tasty tomato spiciness, cool layers of avocado offsetting the satisfying and pleasant taste of deliciously sloppy melted cheese.

More beer was ordered, and the eating was going so well I did not even flinch when a young girl in a pink “Goodbye Kitty, Hello Pussy” T-shirt pointed to a stunned looking boy next to her and exclaimed: “Mommy, Mommy, Danwyn’s just kakked his pants!”

My empty plate was briskly removed by the smiling waitress and I ordered another beer while treating myself to the sight of two twin lads of about seven whacking their father on the head with a pair of green plastic light sabers while he nonchalantly sipped a Dom Pedro and read the Saturday Argus.

There is no more reassuring picture in the food world than that of a Spur burger. No matter where you are in the Spur universe, the general set-up of the burger will always be uniformly recognisable.

The pile of French fries next to a heap of onion rings fried golden and crisp. The garnish of lettuce tomato and onion on the one bun offers a refreshing streak of colour, despite the blob of central dressing that looks like it may have resulted from a regurgitating toddler who had choked on his granny’s knitting-needle.

On the other bun lies the patty, which in my case was covered with a slice of processed cheese and a hot pile of grey-brown sauce infused with a few flakes of sliced mushroom. It was all a visual feast to make me water at the gills, especially as I began covering the fries with lashings of the Spur’s Secret Sauce. This elixir – too spicy for ketchup, too tomatoey for barbecue – just makes everything taste and smell better. I’m sure you can mix some of it into an oxidative old vine Swartland Chenin Blanc and this, too, will now be enjoyably drinkable.

Having sauced your fries, the trick is to alternate between fries and burger in the eating process so as to guarantee a holistic dining experience. The meat, as ever, is perfectly charred on the exterior and moist and tasty on the inside. Nobody grills a burger better than a Spur griller, nobody. Just remember that.

The Melting Chedda is just such a terrific accompaniment to the perfect patty, its creamy, unctuous combination of silky mushroom sauce and molten cheese providing a smooth coating to the grilled beefiness. Add a pile of saucy fries to that, and your whole central being begins to levitate on a misty layer of flavour and inner-goodness.

Mopping-up every last smudge of sauce and each morsel of meat and potato with a burger bun, I noticed that a whole tribe of youngsters stood staring at me with gaping mouths. Awestruck, the boys and girls watched as I massacred the plate’s contents, washing it down with two bottles of beer. There I was, just eating my food. No screams of indignation resulting from a fallen French fry, no terror-induced hollers caused by my mother not allowing me to smear my crotch with melted chocolate brownies. Just eating, in silence and at peace with all around me.

What a strange thing to do.

3 thoughts on “Spur, the Taste of Youth and Still the Real Deal”