You are not the kind of guy who normally finds himself drinking four glasses of Chardonnay at 10.30 on a week-day morning. But here you are, seated in a crowd of people who, like you, have made the journey to De Wetshof in Robertson to partake in a collection of the Burgundian Jesus Juice.

Despite its distance in miles and length in hours, this journey was not made with any kicking and screaming. It is the Celebration of Chardonnay. You love Chardonnay. The Burgundian Jesus Juice has offered itself to you in a variety of guises, imparting a sense of ridiculous well-being and uncharacteristic good-naturedness after a bottle. Not to mention the tides of flavours that Chardonnay has sent to drown you with. Engage your senses at first, establish a sense of fascination. And then totally fuck you over with its long-limbed gorgeousness. 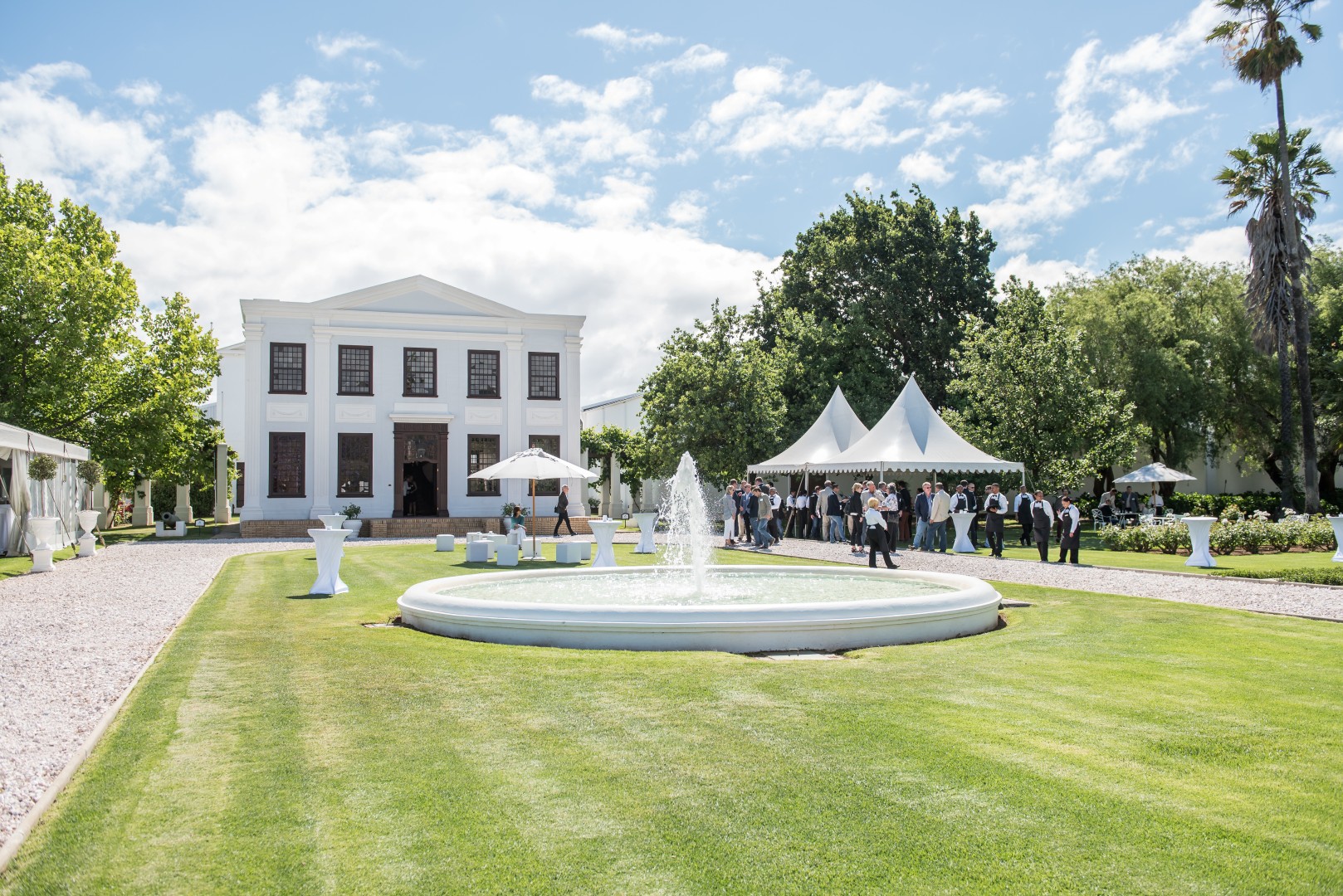 There is a guy upfront talking to you and the other wine people about Chardonnay. You look at this man, Jay McInerney, who is speaking in a slow, easy tone about his love of this wine, and he sports knowledge and perception; wit and grace. He is making it hard to keep your eyes pinned on the girl with pink hair and Rubens hips, her lips wet from wine and eyes wild on want.

Jay says, “Depending on when it’s picked, where it’s grown and who is making it, Chardonnay comes in a huge variety of styles ranging from lean and stony to opulent and tropical; metaphorically speaking it runs the gamut from Marilyn Monroe to Twiggy, from anorexic to sumo wrestler, from raw oysters to poached lobster, from Zen to Baroque, from Botero to Modigliani.  What do you say about a grape this mutable, this promiscuous? “

You say, fill my glass and let’s get drinking.

The first wines, they say, are unwooded Chardonnay, a style of wine you are as unfamiliar with as the pink haired girl is with body odour and chipped teeth. Three wines are from South Africa, an Eikendal Janina, De Wetshof Bon Vallon and Bouchard Finlayson – all 2015 vintage, which you are told is to African wine vintages what the new Green Day album is to rock music. Comet-like, Godly.

The wines are all fresh and clean and pure as your ex-wife’s Chanel blouse from Persian cotton after a hand-wash by the Porto Rican house-boy in your Tribeca penthouse. There is a comfortable coolness about them, the way they lie on your tongue sending rivets of Burgundian Jesus Juice to wake the rest of your mouth with a battery of mortars filled with flowers.

The Eikendal leaves a taste of honey, and you keep on licking your lips long after the wine is swallowed. These licks are loud enough to be heard by the girl with Pink Hair, who looks at you with eyes as soft and understanding as a mother approaches her son who has overcooked his first attempt at clam linguini.

You now find yourself a victim of an attack of emotion. The kind sending an insecurity, the kind with which you are not unfamiliar despite you having tried to suppress it all your life. In this you failed, and with this you have learned to live. 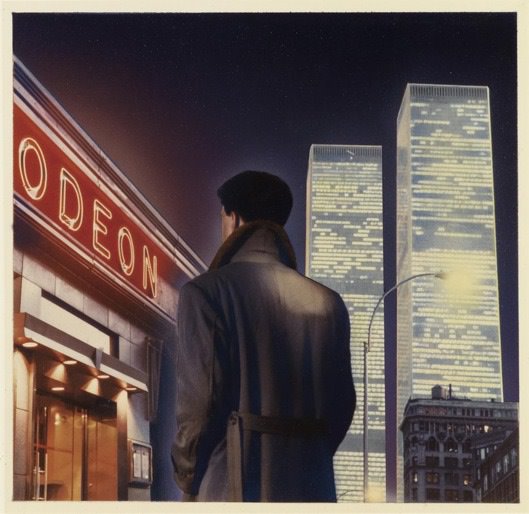 Therefore you embrace the sentiments the Chablis awaken, allowing the Vaudon 2014 from Joseph Drouin to take you to that place of deepness and clarity where you know you will look at your own heart. The wine is crisp and overflowing with life and hope of seasons new, like the first throw of a football in Central Park after Fall has settled over the City, bringing new air and a razor’s edge to the space around you.

You drink the whole glass, your fourth, and begin to feel the tickling sensation of the Burgundian Jesus Juice as it feeds the hungry masses in your brain, masses wanting fish and bread but over-awed by the wine and its generosity.

Around you there is silence, except for the chiming sounds made by wine bottle stroking a glass’s crystal rim and the wet riff as the Burgundian Jesus Juice splashes into the empty transparent void.

The next wines are wooded and full, and you know that the Jesus Juice must now preach to the masses in your brain, urging them to be quiet, to pay attention, to focus on the narrative each wine will exude.

There are seven wines, wines from southerly regions, some familiar, others foreign and distant speaking to you in an undecipherable yet thrilling language.

The Kershaw 2014 brings tears to your eyes, its nutty notes reminding you of the wild almonds your grandfather would roast over an open fire in his cast-iron pan during those bird shoots in Montana. The hit of lime and lemon sends you back to school and the long Long Island summers sucking sorbet ices on the beach as your buddy Sten Alderbash looked at the Miller twins from Vermont rubbing suntan oil on their outer thighs.

A Chamonix Chardonnay 2014 glares at you, stonily. It is from Franschhoek and comparing its hit of quartz and clay and granite to the Kershaw wine is like trying to find a hint of similarity between the notes from Coltrane’s horn and Slash’s guitar. But there it is, Burgundian Jesus Juice in all its fine-ness, making you recall Jay’s talk, the piece where he said, “Chardonnay is the great chameleon of viticulture, or to put it in a slightly less flattering light, more than a bit of a trollop…But it’s also an enigma wrapped in a mystery.”

The other wines are from Stellenbosch (De Morgenzon) and Groot Constantia, and they too uncross their legs, opening up a new world to you, one of variety and grace; elegance and adventure; taste and style; hunger for more and the hot-blooded thirst of desire.

You have tried, you really have. But you no longer know where you are. The girl with the pink hair has looked at you with no little trace of concern, and the slim bald guy to the left reminds you you have spilled Henri Boillot Puligny-Montrachet on his set of accurately printed tasting notes.

The Burgundian Jesus Juice has decided that, despite this being November, crucifixion comes early this year. Things appear fuzzy, the two couples before you have turned around and laugh in your direction, apparently something to do with your audible attempts at reciting the Yeats poem “Love and Death”, which was read at your mother’s funeral by a Catholic brother from St John’s in Brooklyn. 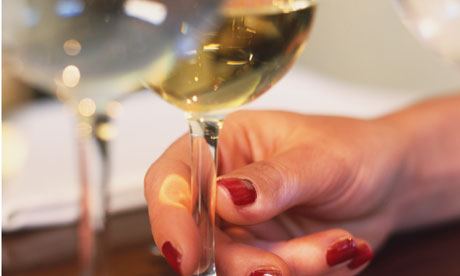 But you have one wine left, and it is an older wine. A De Wetshof Finesse 1993, and a Chardonnay from South Africa that should not be so keen and bracingly alive as this wine decidedly is. It lies clear in your glass, like angel’s tears after an especially taxing bout of confession; mermaid sweat on water-sports day.

Like a tuning fork it strikes your mouth, sending a crystal cacophony of tastes around your senses. White flowers and Normandy butter; Viennese marzipan and lightly toasted croissant. Tangy Key Lime pie and water clean and pure enough to breed rainbow trout in.

You have found the wine. The Chardonnay you have always wanted. Things will be changing now. There is a new sun, and it is shining. Perhaps, now, you won’t have to start all over again.