I was nine years old and needed a drink. Who wouldn’t? And not any drink, but Champagne. Pink. Cold. And glugged from a large foaming silver tankard.

This thirst of youth was page-induced, namely from those written by the great Ian Fleming in Goldfinger. It is the scene where James Bond dines on a Miami Beach with Junius du Pont. The food is fresh stone crab. The drink,  Pommery 1950 Rosé. And it goes something like this:

“A bustle of waiters round their table saved Bond having to think up a reply. With ceremony, a wide silver dish of crabs, big ones, their shells and claws broken, was placed in the middle of the table. A silver sauceboat brimming with melted butter and a long rack of toast was put beside each of their plates. The tankards of champagne frothed pink. Finally, with an oily smirk, the head waiter came behind their chairs and, in turn, tied round their necks long white silken bibs that reached down to the lap.”

If this does not get one salivating at the gills, how about when the two gents dig in:

“The meat of the stone crabs was the tenderest, sweetest shellfish he (Bond) had ever tasted. It was perfectly set off by the dry toast and slightly burned taste of the melted butter. The champagne seemed to have the faintest scent of strawberries. It was ice cold. After each helping of crab, the champagne cleaned the palate for the next. They ate steadily and with absorption and hardly exchanged a word until the dish was cleared.”

What really got me looking for some sparkling wine was the thought of drinking Champagne, ice-cold, from silver tankards.

And until today, my insatiable thirst for Champagne and Cap Classique is driven by the stylish way Bond and Du Pont drank the fizzy stuff from those large vessels.

They were not alone – Sir Winston Churchill, the most famous Champagne drinker of them all, preferred his Pol Roger from a glass tankard not unlike the old pint beer-mugs that football supporters used to violate each other in the previous decades.

I don’t believe fizz is meant to be sipped from the claustrophobic confines of minute elegant crystal glasses. Unlike still-wine, Champagne and Cap Classique can only truly be appreciated once the bubble-loaded mouthful has been taken large and swallowed down in a satisfying gulp. This is also why the Champagne in-crowd are punting large Burgundy-like glasses as the ideal holders instead of those precious crystal nipple-caps.

This belief in the correct way of drinking Cap Classique – namely large and ice-cold and generous from a big glass – was vindicated by two truly exceptional sparkling wines enjoyed with relish over the past week.

Domaine des Dieux is definitely one of the top five Cap Classique producers in the country, sourcing Chardonnay and Pinot Noir from cool clay and shale earth around Walker Bay. I like the focus on Cap Classique, the way proprietor Sharon Parnell lives the brand and the refined quality of the wines.

The Domaine des Dieux Claudia Brut 2009 came my way. Chilled to the max, it was half-emptied into a silver tankard ordered from Sheffield.

The wine is 90% Chardonnay and 10% Pinot Noir, and has the most gorgeous balance of zesty freshness and complexity in the mouthfeel and flavour profile. The bubble is about a 9/12 on the Engel Mousse Scale – lively and brisk, but not too much to suffocate the multi-dimensional taste.

This is of oyster shell and just-ripped kelp, leading to a definite line of quartz, granite and chalk in the way this riveting wine grabs the attention. On the swallow the angels start to sing with classic Cap Classique notes arrived at from the 40 months lees time: twice baked brioche with iced quince jelly, kumquat and crushed crab-apple. A deep Chanel-scented kiss from a loud Texan oil heiress who has just been eating ruby grapefruit.

Simonsig’s Cuvée Royale from the 2011 also give good lees time, having spent 60 months on the cap. Golden in colour, this is 100% Chardonnay and a completely different style to the Claudia.

A portion of the cuvée does malolactic fermentation and wood, adding a deep slant of sophistication without any hint of oxidative clumsiness or dead-mouse mouthfeel.

The Simonsig was not as exuberant as the previous wine when poured into the tankerd, but the aroma was all life-affirming almond blossom, honeycomb and ripe orange peel. In the mouth the bubbles were a 7/12 on the Engel Scale leading to the taste being early on the attack. It was fantastic. 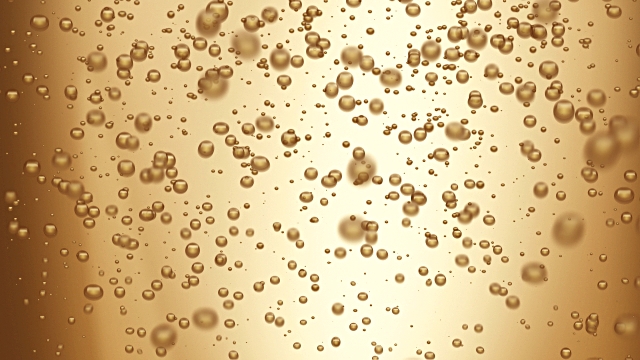 Warmed marzipan was offset by a boisterous, juicy explosion of summer fruit including custard apple, gooseberry and green-fig. To the swallow a slight mineral component left an energetic after-taste as new as morning rain.

It was a tankard too soon emptied, drank with gusto and loud noises, the way sparkling wine is meant to be if you believe in life. Because you do only live twice, and if anyone has other plans, go die another day.