Fish and chips form the culinary heart-beat of any place showing a culture of fishing, sea-faring and cooking. This makes Cape Town, one would think, an ideal bit of seaside spread for procuring a decent plate of fish and chips. What’s the use of having foodies the world over breathlessly scribbling reams of gushing copy about the City’s food scene and us having two restaurants in the world top 50 if such a quintessential dish is not to be had in amounts of abundant joy?

I picked a Friday, the only day of the week I do not eat red meat, and headed for one of the branches of Snoekies to grab a parcel of fish and chips to be consumed while waiting for the Dachshunds Friedl and Maximillian to have their eye-lashes trimmed. 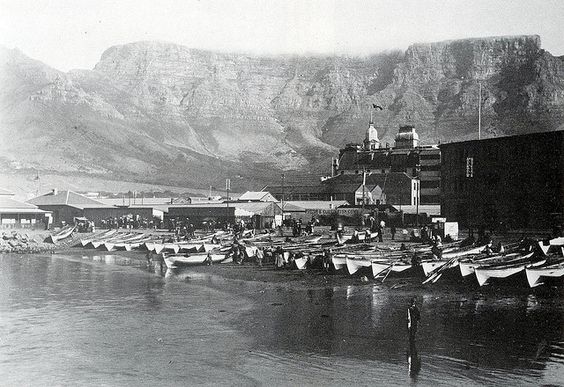 On hand, a small bottle of Graça, a vastly underrated white wine from Distell which has always been a right top accompaniment to simple fare – such as what was now before me.

This was a Hake Parcel from Snoekies, a chain of fish shops found throughout the Cape. The parcel implies that the chosen fish is accompanied by chips. If you don’t want the chips, a portion is asked for. Capiche?

Besides hake, choices are between snoek, calamari and prawn. So if you are wanting a wider variety of fish, Snoekies is not your place, and believe me, they don’t give a clam.

But beggars cannot be choosers when paying under R80 for two fillets of hake and a pile of chips.

Hake, or stokvis as we call it in South Africa’s traditional seafood language of Afrikaans, is a fine eating fish. Firm and white in flesh, it is mild in flavour and sought the world over. Just visit a fish market in France, Spain and Portugal, and fresh Cape hake will be lying there on ice.

Back to the parcel. Opening the package I was met by the kind of aroma that takes one back to an age of innocence, pureness and wonderment at life’s beautiful possibilities. We all know the feeling: Grandma tapping the just-baked bread out of the baking tin; that first pair of new Olympic rugby-boots sliding onto your No 5-sized stockinged feet; Petula van Aswegen taking your sweaty hand in hers during story-time at the Grade 2 summer camp.

Yes, that is it. The smell of freshly fried fish – doughy and battered – mingled with that of chips done just right, evokes memories and rekindles the belief in all possibilities.

A glass of cool Graça was poured and sipped, the fresh acids jolting the stomach and preparing it for the meal to come.

Snoekies does a fish-batter that will out-batter any Pellegrino Restaurant contender, and then some. No refined mineral water hauled from Fijian slopes or flour made from organic wheat crushed between the nimble fingers of a Umbrian virgin reciting Plato.

This batter is made by people, real Cape cooking people whose ilk prepare food with love, make food to bring joy and to provide nourishment and a sense of community and to sustain soul and spirit. This is not food cooked for stars, listings and schmoozing star-struck critics.

You bite the batter. It unfolds with a slight crunch between your teeth. Beneath the batter, a warm, morsel of hake. The fish is firm, then gives way to the eager cavern used for eating. Here, the crisp and comforting taste of batter accompanies that fresh, silky flake of fish tasting of ocean and its creatures, of life and fulfilment.

Another sip of Graça, and the wine comes to life, too, pears and honeysuckle accentuated by the slight Atlantic saltiness of the fish and subtle spice of the batter.

Then there was a chip.

Holding the object between thumb and forefinger, the chip’s hang is just right. Gravity makes the chip curve gracefully downwards, unlike those horrid manufactured pre-cooked chips that protrude in such a fabricated, synthetically dildo-like manner.

These chips are from potatoes plucked from the cool earth, hand-cut with attention and diligence, before being fried to that ethereal state of chip perfection. Slight caramelised crisp on the outside. Inside, the hot soft flesh of the all-white, wondrously cooked potato.

A touch of brown vinegar brings verve and tingle to the potato. The fish is sprinkled with fresh lemon. 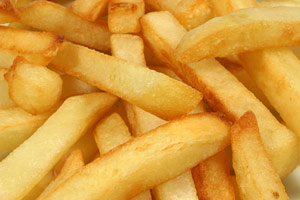 It is good eating. First the mouth of beautiful batter and succulent, fleshy hake. Washed down with a slurp of the cool white wine that revives the palate. Then you gorge on a few chips, work the crunch with the teeth while the silky potato coats the palate like a sheen of comforting homely flavour.

The parcel is gone, and the wine empty. The dogs’ eyes look at you through new lashes, they sense your wonder and appreciation at a best meal, and the knowing that there are few greater virtues than a true appreciation for the simple things.

2 thoughts on “Proof Lies in the Fish and Chips”