Hindsight brings wisdom, so it is only now that I am truly beginning to get what Mike Ratcliffe and his team were on about with Vilafonté. It was in 2005, at a gathering of the Wine Swines – the most famous wine-tasting circle in South Africa – that Mike used the word “luxury brand” to introduce a thing called Vilafonté which he was driving together with Californians Phil Freese and Zelma Long. It was the maiden 2003 vintage of the Cabernet Sauvignon-dominated Vilafonté “C” and the more Merlot-ish “M”.

From the outset these were stand-out wines, arguably the best ever from Paarl. Both the “C” and “M” oozed enticing New World juiciness, delicious, as well as a stalky, gravelly edge. Despite the “C” commanding the higher price, the “M” showed what precision and power a well-grown bit of Merlot grape can bring to a Bordeaux-style blend.

But if I recall, this whole “Luxury Brand” thing was a bit snazzy for my innocent mind cloaked in virtuous conviction that soil, climate and grape quality is the only real entity defining wine status.

Today this is not so. The branding of a wine is as much part of a wine’s success as terroir, oenology and heritage. Puritanical critics baulk at this, but if one day they discover that there is actually life beyond the Kenilworth Wine Appreciation Circle in that wine has to be sustained commercially, minds may change.

Thus, 11 years after the first vintage was introduced, Vilafonté has become one of the great South African brands. On the marketing side it has walked a line of unashamed self-belief of the “take-it-or-leave-it” school. The 2012 “C” and “M” sell for R600 and R445 respectively, and the image of the packaging and marketing collateral says the brand knows what it is, and so should you. Therefore no hard-sell is required. 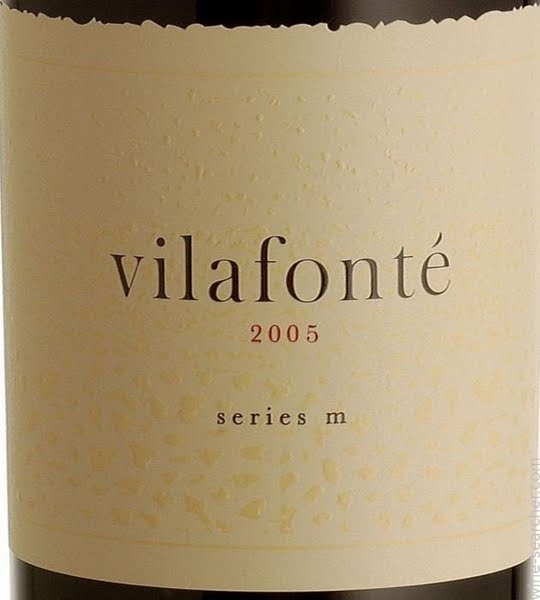 This has resulted in an ardent following for Vilafonté both in South Africa and internationally, with many consumers deeming the brand’s image more important than what is inside the bottle – as is the case with many luxury wine, spirits, fashion and jewellery trademarks today. Here, Vilafonté has led the way in introducing South Africa to the importance of branding and market positioning in an industry where far too many wineries still deem marketing as something that either just happens or is thrashed out around the tea-table before listening to the weather report and after staring at the latest Sawis figures.

For those of us who like wine beyond the hype, it can safely also be said that Vilafonté is not just talking the talk, but walking the walk too. I chanced upon two bottles the other day – the “M” from the 2005 vintage and the “C” made in the comet year of 2009.

The “M” blends Merlot at 52%, Cabernet Sauvignon (31%) and Malbec (17%) and after more than a decade is still brooding, edgy… stomping its hoofs and waiting to get out of the blocks with restrained muscular power. After one sip I decanted the black purple beast into Hungarian crystal, gave it a swirl and the scent wafting from the decanter’s gape was heady, boozy and feral, the kind that makes your Dachshund kindly asking if he can dry-hump the empty bottle.

The wine attacked the palate with force and aggression, sending aimed Scud Missiles of flavours around the mouth and throat. Concentrated, pressed meats made from the flesh and blood of truffle-fed wild boars. Cedar-wood, spliced with the sharpened axe of a sweaty Viking woman. Gorgeous salt-liquorice eaten on the deck of an Amsterdam love-boat.

It coaxed, it stroked, it beat all one’s senses into submission. Was this all a dream?

The younger and Cabernet Sauvignon-driven Vilafonté Series C 2009 has Cabernet Sauvignon at 54%, a Merlot element of 27%, 11% Cabernet Franc and 8% Malbec, so I can hardly compare it to the Kanonkop Cabernet Sauvignon 2009 which has so far been my wine of the year. Greatness is, however, evident, and at this stage this will be the wine displaying the summit of the Vilafonté story so far.

Poor soil equals powerful Cabernet Sauvignon is a maxim to which I subscribe. And with the earthily assertive Cabernet Franc component added, the Vilafonté C has a stern, commanding presence which almost wants you to stand up and point the wine north in the direction of France after one sip.

Sap-filled black fruit, crushed between broken rocks, is the main effect, with the wine’s two years in oak causing a lot of cigar box and autumnal pine-forest to come to the fore. There is a hit of wild garlic and fennel on the mid-palate, while the finish is grippy and made moreish with dried miso and Turkish fig paste.

Structure wise, this is all sculpted muscle, a tanned six-pack dripping wet after a plunge in the Bay of Arcachon. Spice and fruit and every good thing about wine leaves you with memories, and although the wine is gone, the great label is still there on a bottle emptied with abandoned joy.