Sanity has set in, and it would appear that those voices claiming the South African wine industry only really began to make its mark in the 1990’s are either deciding to shut-up themselves or are being silenced. Sure, when economic sanctions prevailed in the 1980’s it was harder for a South African wine farmer to get a wine listing at Waitrose than a ticket to the Nottinghill Dreadlock Weaving Convention. But just because we were stuffed in the market place, does not mean no good wine was being made here.

Petty and paternalistic comments from lefty local wine scribes and charades such as the South African Airways wine challenge against Australia in 1995 sought to create a notion that brand vino SA was nowhere at the time, wine makers were dumb and set in old ways and our products inferior to Australian alcoholic cranberry juice.

This was, of course, nonsense. During my stays in London in the 1970’s and 1980’s we frequently entertained Cape wine farmers who were studying, researching and crafting their art in Burgundy, Champagne, the Mosel and Rioja. British wine critics were house-guests, and although my palate was at that stage decidedly pedestrian, the royalty of London wine writing waxed lyrical about Kanonkop, Nederburg, Constantia, Stellenryck, Meerlust and – oh yes – KWV. 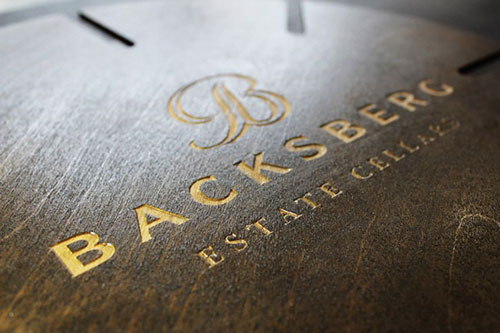 Unfortunately, too great a portion of the industry believed the propaganda spewed about South African wine post-apartheid being substandard, thus in the 1990’s we set about replanting, re-styling and modernising, so much so that today many are asking why it is so hard to repeat the great local wines of the 1970’s and 1980’s?

Tastings of these older wines are frequently put on by those estates or corporates who still have stock, causing rapturous reviews and tears to run from eyes starry with nostalgia.

This is why the fact that an estate like Backsberg turning 100 next year is a big thing. Events such as these reaffirm not only the age and provenance of the South African wine industry, but also that throughout this history good wine has been made by wine pioneers who could hold their own in terms of quality and innovation anywhere in the world. Such as Sydney Back who turned Backsberg into a leader of the pack, not only in terms of quality, technology and plant material, but also a force in marketing Cape wine to the rest of South Africa and the world.

I hot-footed it to Backsberg on the Paarl Simondium Road last week to prepare for next year’s centenary, as well as to check out some of the recent releases from a brand that has always been part of my vinous reference. 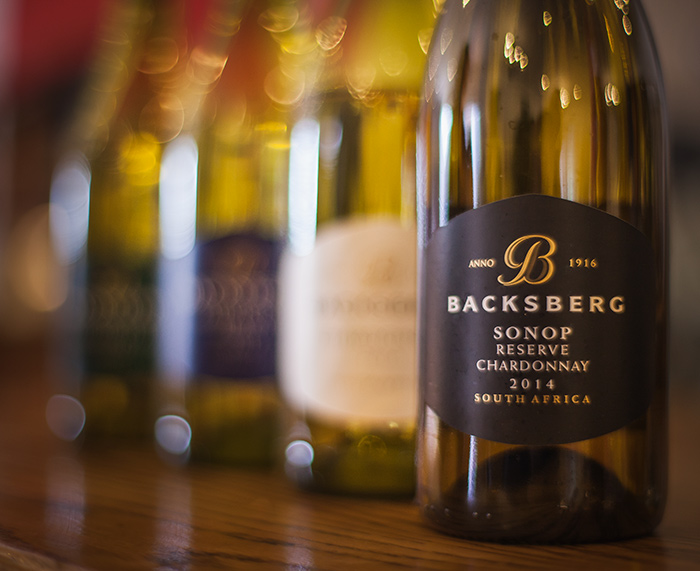 Itching for the Backsberg Sonop Chardonnay, I first was prodded in the direction of the Hillside Viognier 2014. No overdone splash of apricot here, but a clean, pure run of balanced white wine showing white winter flowers, a line of persimmon and a slightly flinty edge. Despite the full new oak treatment, no char of vanilla on a wine of sublime purity, the 14.6% alcohol giving it a firm happy ending.

To the Chardonnay. Sonop 2014 from vineyards planted in 1996 down on the valley floor, as opposed to those Backsberg vines hugging the Paarl side of Simonsberg. The wine has class, real class from the first whiff which hits you like a perfumed slipper that’s come undone from the slim foot of a ballerina in mid-arabesque. To the lips, the Chardonnay has neither the stone and lime-peel of Beaune, nor the nutty depths or Meursault. Instead, an elegant wine of light and grace exuding gently squeezed drops of cantaloupe and loquat with a shred of white pear and touch of mace. Extremely mature in its make-up and more complex than Caitlyn Jenner in mid-therapy, this Chardonnay honours Backsberg’s crusading role in establishing the variety in the Cape.

Being Simonsberg and all, wild horses and angry trade-unionists were not keeping me away from the Cabernet Sauvignon. And here I am beginning to pick-up a trend in Alicia Rechner’s wine-making. With the Hutton-soiled slopes obviously capable of producing ball-breaking wines, her angle is on the bearable lightness of tasting. Fruit and acid have to harmonise, tannins managed with discretion and authority.

The Backsberg Cabernet Sauvignon 2013 expresses typical variety traits such as blackcurrant, cedar and ripped soil, but tones are whispered and discreet and surrounded by flavour and texture. 18 months in oak add depth and personality to the wine, the fruit dominating with voice and clarity. The flirtatious attack on the palate flows to brisk flurry of fruit and tannin, before exiting with that kiss of fond remembrance.

Once again, the class of this wine will ensure that Cabernet Sauvignon stakes it rightful claim as South Africa’s numero uno red wine variety.

All is good at Backsberg. Let the celebrations begin.