My Italian discoveries are thus largely limited to the kind advice of strangers, though there is the permanent love for the rich, velvety monsters that are Amarone, a wine that seduced me during a summer at Lake Garda. The taste still lingers.

I recently bought a happy packet of Pinot Noir from Great Domaines, a wine purveyor whose recommendations I rate highly. The box contained two Pinots each from Burgundy, Sancerre and, well Italy. From the Alto Adige region up north, also known as the South Tyrol where the bloodline of the frenetic Italian locals has been called to order by Germanic strains from bordering Austria.

It is a great region, Bolzano being the capital. The nearby Dolomite mountains scrape the heavens, the air is crisp and sharp as the stiletto of a jealous lover and the soils are ancient beds of gravel, broken mountain and granite shards ripped from their beds by glaciers, all those years ago.

The Alto Adige’s Gewürztraminers and Pinot Grigios have always been world-beaters, the former bearing the name of the local town of Tramin. But after getting to grips with it, Alto Adige Pinot Noir is definitely on my list of Italian to-do’s along with learning to prepare vitello tonnato and to wolf-whistle at bella donna’s in a manner that is deemed cool, Latin and acceptable.

With a name like Ludwig from a winery called Elena Walch I expected this Pinot Noir to come goose-stepping out of the glass before gruffly blurting orders for a bratwürst, a Herero call-girl and an Angela Merkel lapel-pin. Not to be.

Elena Walch, one of Alto Adige’s spectacular producers, makes a Pinot Noir that will cause a Burgundian Duke to relieve himself in a Grand Gru vineyard.

With a line of ancient limestone in those soils, Elena’s Pinot Noir 2012 has a balanced, integrated vivaciousness that keeps us Pinot Noir lovers saddling up our steeds in search of the Holy Grail. It is a wine with personality, style and humanity.

Sure, I could haul out enough adjectives to bring tears to the eyes of the most infatuated wine wanker: Burnt sagebrush and the flesh of black pigs at the onset of the curing process; mulberries and blackcurrants, crushed by the scrubbed, soft heels of Milanese nymphs lying on a pile of maturing porcini mushrooms; the blood spurting from the freshly-slit throat of a hummingbird that had sucked the nectar from a dense wall of jasmine. 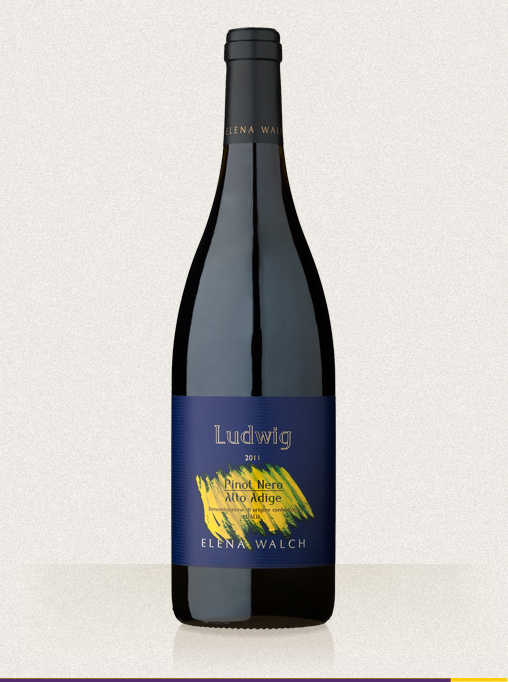 Yes, this Pinot Noir obviously exudes the tastes of the above. But these are the mere foundations, simple things. More than that is the character of the wine, its balance, the way it coaxes the senses and tugs at the cerebral synapses. Talking to you and making you think of dead kings, a glacial valley and things that one will always have, and those you might lose.

Succumbing to Pinot Noir, it was apt to try the latest release of Kanonkop’s Black Label Pinotage, here the 2014 version of one of South Africa’s greatest wines.

The maiden vintage Black Label, 2006, remains on the list of my top wines ever, and is at the moment a black-fruited expressive beauty. So judging the young 2014 is a bit unfair, but one has to try.

New wooded to the max, the 2014 Black Label generates enough power from the fruit and mineral components to form a galloping harmonious unit. It is muscular, brimming with expectation and already showing the complexity and breadth I know it picks up as the years roll by.

Not as spice-driven as the 2013, the 2014 appears less concentrated with more wetness about it. Light clean sweat and murky caverns where subsistent European farmers keep dried fruit for winter months, spring to mind. A great and multi-layered prince among Pinotages which is – understandably –  now rapidly coming to the fore as one of the world’s great grape varieties.