If I have to break rules, I like to do so two upon a time. Taking a bottle of super pedigreed Bordeaux wine to a raucous and no-frills joint like Dias Tavern is about as acceptable in wine snob circles as sipping Grand Cru Burgundy from the skull of dead Dachshund.

And if that was not enough, drinking said Bordeaux scarcely five years after vintage is akin to asking your wine merchant’s pre-pubescent daughter to pull your cork for you.

But there I was with a plate of spicy squid tentacles, in Dias, pouring the Réserve Comtesse Pichon Longuevile Comtesse de Lalande 2010 into a glass – a fairly decent one, I might add – and watching the Congolese waiters carrying flat chickens in hot sauce to hungry working class diners.

If a wine is truly great, its confidence and physical presence will command attention in any space. And if Comtesse de Lalande is doing what Napoleon failed to do, namely conquer Portugal, why the hell not? 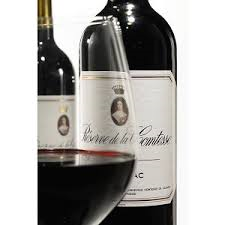 Sighting, smelling and savouring this fantastic wine from Pauillac, the “too young to drink” refrain so often chanted at fine Bordeaux was chucked out of the window. Obviously the wine will gain complexity and evolve in a direction not yet known, but right now it is a supreme beauty.

Being Pauillac, the Réserve Comtesse 2010 is dominated by Cabernet Sauvignon with Merlot and Cabernet Franc in secondary roles. The experience of drinking a wine such as this is a homage to the best winemaking country in the world, France, as well as classic, superior and Eurocentric winemaking of the unapologetically superior kind.

The nose is dense with black fruit, ground dry cherry stones and black tar. Unlike a Napoleonic entry into Prussia, the Comtesse attacks the palate in a joyous, happy and embracing way. The tannins abound, but they are harnessed with gleaming strips of freshly tanned Iberian leather. A moist mist of forest, cool and energising, lifts slowly to reveal rapturous flavours. Pipped prunes under a coat of Himalayan rock salt. Sour black cherries and crushed Madagascar peppercorns wrapped in wilted rose petals.

A sweet aftertaste, like the memory of a distant wet kiss from someone whose mouth you remember, but whose name you forgot.

All those moments lost in time, like Pauillac in peri-peri sauce.

Brad’s Grill in Harfield Village is a bit more upmarket than Dias, but white table-cloth and poncy it ain’t. To there, I took a bottle of great South African Cabernet Sauvignon, namely Le Riche Reserve 2012 which did not look too out of place, as Brad’s wine-list is decent.

Food-wise I requested a sirloin with Monkey Gland sauce, one of South Africa’s most underrated and finest contributions to world cuisine. Damn, it’s good. So is the meat. Tender, tasty and better hung than a Silverback gorilla on heat. 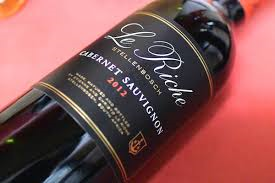 Compared to Bordeaux, sun and Southern Hemisphere warmth is evident, but all in harmonious balance with the statuesque structure of this superb wine. Sagebrush and cracked allspice add an exotic note to the taste, while the rhythm section strums to crushed pomegranate, molasses and a raw, fleshy savouriness.

Smooth and driven, long and striking. Another great South African Cabernet Sauvignon that does not need to break the rules as it makes them.