As the procurement of most pleasures should be, my relationship with wine is of an unapologetically selfish nature. I drink what I like, when I like A bottle of crisp commercial Graça at the calamari shop. In pensive mood it could be some weird adventurous Colombard/Clairette Blanche made by a dope-smoking jazz drummer. At other times a classic Syrah from a cool climate, crafted in a style of almost monkish convention, tastes like nothing on earth.

This selfish need to drink what you want is not a vice, but a right.

That is why the persistent preaching from critics on what a wine country, South Africa in this case, should be making comes – as far as I am concerned – from people who have lost their connection to the soul of wine. For in vino, selfish is good. But arrogance should get the hell out of town.

Much of the talk at the cluster-dome of Cape Wine 2015 centred round “looking at what South Africa has to do to make it in the wine world”. Not so much from wine producers, but from the consultants and commentators and marketers all kinds of pontificating was going on. About which grape varieties should replace the “boring classical” Bordeaux-obsessed old- timers. How styles should be “disruptive” to reflect the pioneering spirit of the young South African breed of winemakers as this energy and hype will add to the new breeze, which is apparently needed. 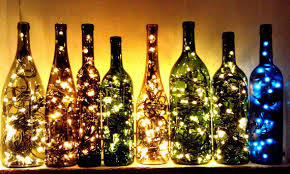 And the more I heard talk of “diversity”, “innovation”, “cutting-edge”, “questioning the status quo”, the greater the boredom set in. All this buzz and hype was, for me, shouting down the fact that at the end of the day, and when the fat lady puts down her Riedel, wine is a personal pleasure. For the producer thereof, as much as the consumer.

Tell producers what they should be making, and how they should make it is usually the work of voices residing in airy wine-tasting rooms, as far away from the realities of the market-place as they are from a patch of gravelly limestone soil. Berating consumers for not being adventurous enough in their drinking decisions is laughable in its self-importance.

And seeing that many of these commentators have at least a modicum of opinion-forming talent, I am surprised they do not see what complete pricks they make of themselves during these bouts of misguided enthusing.

Tiring of the noise and the hype and the quirkiness, my palate found solace in the arena of Chardonnay – because it is what I like, and I think Cape Wine 2015 allowed local and international visitors to get a grip on the terrific variety of wines made from this noble white grape variety at the southern end of Africa.

Regions such as Elgin, Robertson, Stellenbosch, Hemel-en-Aarde, Paarl and Franschhoek are making some of their best wines from the Burgundian white, and quite frankly, if I was left at Cape Wine and only allowed to drink Chardonnay I would have been quite happy. 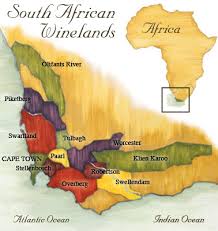 Hemel-en-Aarde, from the heights of Creation Art of Chardonnay 2014 commanding winter melon, torn sage and lime essence to the bracing crushed rock and crab-apple of Hamilton Russell.

Out Stellenbosch way, Jordan Nine yards, Edgebaston and Longridge showed how brilliantly South African Chardonnays can age. The former’s 2010 wine was on zesty rampage, bringing pear and buttercup to the party, while Longridge’s 2008 Chardonnay was busty, needy and quivering with well-rounded sultriness along the lines of papaya, fresh salty sweat and sliced Mandarin Midnight citrus.

Edgebaston 2009 had a pure Burgundian line running through it, that perfect balance between austere confidence and brooding power in the balance between rock, green fruit and stolen flowers.

It was all moreish, so much loveliness. And I am happy, because true pleasure is there, and it is all mine.