The future’s so bright, it is black. And, like, coolly black, dudes. Because we have ourselves a new Swartland disciple, and its name is moi, ek sê. Two totally happening wines from the Black Land of White Boere did it, only two, I swear. But let’s get round to those wines in a moment, because now I’m a Swartlander, I’ve got to talk some kak first. 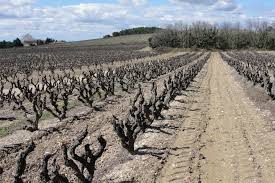 Okay, look, being a member of the Swartland wine-set’s not as easy as it looks. It takes more than a wad of side-burns and hipster facial hair to get into regional gig. T-shirts have to be worn. With subtle wording, mos: “Jou Ma se Chardonnay”, for example. Also, make sure your jeans hang lekker los around the gat and do always walk quickly and brisk to let everyone know how wakker you are.

When it comes to wine, however, take it easy and stick to a few principals. First one, all other regions in South Africa are kak, and don’t be afraid to say so. Constantia is too European and Old School, our Yogi Brother Tim told us not to like Robertson and Stellenbosch, well, if you smaak wood instead of wine, jump right in.

Making wine….Se moer! Who makes wine – we in the Swartland sure don’t. That’s what them seven hundred year old vines are for. Why else do we have “Old Vines Rock” tattooed on the skin of our makstok if it wasn’t the vines doing all the work in our wonderful cradle of terroir?

No man, this ain’t Simonsberg, ek sê. When it comes to wine, we just let the boys pick the grapes then we gooi the stuff into a cement tank or barrel. Close it up and let the wine make itself. I mean, where’s the mention of malolactic fermentation, whole bunch press and acid adjustment in the New Testamant, ek sê? Nóóit, meneer. Just moer those grapes into the container and let nature’s force – of which there is more than abundance of in the Swartland – do its thing.

No way, hombre! What you smoking Boet? In the Swartland we like our barrels like we like our women: worn-in, rough-around-the-edges and with a nice damp smell. The more fills, the better. Makes it easy to top-up every now and again.

Now about those two wines I klapped. You guessing they were not Cabernet Sauvignon or Sauvignon Blanc, you be guessing right. Two bokkoms and can of Lucky Star for you.

First wine was from Mount Abora, wherever the hell that may be. The wine is Saffraan and it is Cinsaut from a moer of an old vineyard somewhere out in the Swartland. Vintage is 2014, a tit year for the Swartland, which is basically every year. Warm maceration and warm fermentation was done because cooling is for wankers. Then the stuff was gooied into big old French barrels for six months.

If I want firm new wood, I read the Grape blog mos.

It’s still a bit young, this 2014, but man it’s kief. I can taste the nature and the Swartland, all those forces of soil and temperature working on the vine, giving us those big purple red berries the size of goat’s balls for which Cinsaut is known.

It’s lekker fruity and fresh, especially if you gooi it into the paraffin fridge for an hour or so. Ripe pomegranates and a bit of freshly roasted spice round of this lekker wine. No harsh tannins or hot acids, non whatsoever. A really great example of how we can rock in the Swartland, but perhaps a bit too easy to drink. I suiped three bottels at the boules tournament and moered a ball on Adi’s ankle, sommer seer meneer.

The second kief Swarland wine I gooied was larnier, but still lekker. Made at Glen Carlou in Paarl and called the Curator’s Collection, but out here in the Swartland poncy names are OK. I mean, how poncy is Mount Abora? Sounds like an instruction to go bonk the neighbour’s Somali cow-herder.

However, the 2013 Curator’s Collection is made from the Queen of the Swartland’s grape varieites, as in Chenin Blanc. Old vines, no water, mos.

Not a lot of information on this wine, but a true Swartlander does not need no media dope. We sommer taste everything in the wine one-time.

The grapes came from the Swartland region bordering Paarl (what P-plaas), from vines at least 30 years old. Aged in old wood, it was, with the minimum of minimum intervention from Arco Laarman, dude who watched nature make this wine.

It made itself a great wine, this Chenin did. Got a whack of renosterbos on the nose, not dried, but freshly cut renosterbos which smells like open Africa veld. Then this aura of fresh borehole water creeps into the aroma. God I love it. Tasty. Ripe pear, some green Adam’s fig with a really lekker hit of Wilson toffee on the end, the kind the volkies buy at the plaaswinkel.

Pure, this is what this Curator’s Chenin from Glen Carlou is. Not of this botrytis back-wash found among the Stellenbosch Chenin crown. Just pure, bright wine to klap lekker.

Two’s company, so that’s all she wrote, ek sê. Plenty more coming from the Swartland. This ain’t no revolution. This is just evolution, where it can all just get better.