If the prospect of being exposed to a disconcerting slice of knife-crime or the possibility of contracting a virulent STD are not enough to frighten tourists from visiting Cape Town, there is always the African cuisine. For while the Mother City has in the eyes of foreign and local critics alike garnered a reputation for an international, wine-land, with-it kind of cooking, those wishing to seek-out the fleshpots of a more indigenous and ethnic nature will be less rapturous than those New York Times and Guardian journalists popping a wet-one about the local tapas bars and Asian noodle joints.

I am reminded of this when one of these journalist types drags me to Marco’s Place, an African-themed restaurant in the Bo-Kaap region of Cape Town. Even before entering the doors I have a true local experience on the walk from the parking lot, being offered drugs twice and oral carnal gratification once – the last proposal involving a discounted price, I hasten to add.

Marco’s Place is a big, loud place with the promise of spirited fun in an African continental environment. Some kind of music, played by enthusiastic indigenous folk, is belted out continuously and if you are a pale European tourist – about 75% of the patrons on a week-night – you are encouraged to make an arse of yourself by dancing along. The other 25% of the customers are Black Diamond and Politician types, mostly men drinking Johnnie Walker Black and ogling the action on the dance-floor where a dose of serious jungle fever is being had by two tattooed Scandinavian blondes in skimpy skirts. 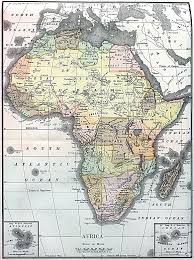 We sit down and order from the a la carte, eschewing the set-menu and opening a bottle of Rustenberg Stellenbosch Chardonnay 2013 I had hauled along. The writer wanted to know what South Africa’s best white wines were, and Chardonnay it is. This specific beauty is honed and lean, off-set by spurges of naartjie peel and honey-comb before finishing in a blast of citrus heaven.

For starters the journalist is into Themba’s Meatballs, while I opt for the Chicken Livers Peri-Peri. I am an honorary member of the Dias Tavern Gastronomy Club so I know a good chicken liver when I see one, and these were not them. Bland, spice-less and crumbly, they were possibly harvested from a chicken that had survived Rorke’s Drift, died when Madiba was born and had since been stored in shebeen beer-cooler.

On the other side of the table, Themba’s Meatballs is being being consumed with gusto, as most food is when it is being put on the journalist expense account. The balls do, however, look juicy and are tender enough to cut with a steak-knife without pulling a bicep.

Heading main-course way, I begin beading a sweat when the other person looks interested in the menu’s offering of crocodile. Now, crocodiles are meant to lie in the sun, drag bleating wildebeest calves into mossy rivers and to produce sleek hand-bags for lean Parisian women. They are not meant to be eaten, for their flesh is rancid, vile and slimy, tasting like a bloated and diseased carp that has been eating KFC bones all its life.

Why this obsession to portray crocodile as an integral part of African cuisine I do not know as, after-all, more Africans are eaten by crocodiles than the other way around.

She must have read my mind or seen the sweat on my upper-lip because she opts for the oxtail curry.

I, on the other hand, decide to go local and call for some Upens. One, because I wanted to show her what a real African White Boy I am by eating from the ethnic side of the menu, and two because I really like organs and offal: Calf’s stomach braised in tomato sauce and butter. Normandian cow tripe cooked in Calvados. Sheep brains poached in a lemon and parsley sauce, and the great French andouillette sausage made from pig rectum… Bring it on.

We are onto our second bottle of wine, a charming Glenelly Unwooded Chardonnay 2013, when I notice a strange smell drifting in from the dance-floor. Initially I think it must be the perspiration drying beneath the skirts of one of the gyrating inked Viking Goddesses. Or that the Cape Town Waste Removal is collecting trash after-hours to make-up for all the daytime blunders in service.

Then I notice the vile aroma heading my way, along with our beaming waitress.

Christ, I think, curried oxtail cannot possibly smell like that.

Fortunately for my partner, the reeking food is not hers. And as the dish is placed before me, I close my eyes and am amazed at how focussed my rendition of the “Hail Mary” prayer is despite me not having had to say it since being confronted by a plain-clothed member of the vice squad in my misspent youth.

Yes, I explain to my host as she blows into a Kleenex, this is real African food. What she is having is a plain curry. But across the table from her sits a man, a real man, entering the very Heart of Darkness, the Loin of the Black Warrior Princess.

As far as I can muster, “traditionally” implies that the chef follows that thing wine makers call “minimum intervention”. Which in the case of this piece of stomach means not bothering to diligently scrub and clean the piece of dead animal before cooking it in a murky brown liquid offset with an acidic leap of vinegar.

But I am not going to be put off by the stench, I am. Worse smelling things have passed my lips, I think, just not being able to remember what or whose they were.

I stab a block of stomach, its honey-comb pattern plastered with dark oily sauce, and pop it into my reluctant mouth.

The texture is delightful. This piece of tripe is, indeed, cooked to perfection, the firm exterior giving way to an unctuous soft centre. The problem, however, is the sauce as well as the skid-marks that had been left on the stomach by the traditionally-minded chef.

Bitter. Sweet. Sour. Rancid. Farmy. Gamey. Wild…… Upens manages to taste of all these which in one unit, is not a pleasant experience. I wave away the crisp Glenelly Chardonnay and order a double Johnnie Walker Black, on the ice. But not even the searing warmness of the whisky can suppress the taste of rigor mortis this tripe dish was giving me. Eating Upens is like French kissing the corpse of one of the Two Fat Ladies after it has been left in the sun for a day to warm-up.

I manage half the dish, hoping things will get better, which they do not. I check my phone to see if the life insurance is paid and to take a last look at a picture of my Dachshund Friedl.

Strangely, the dish of shatteringly awful tripe has a tonic effect and is life-affirming – if you survive that, you’ll survive anything, it implies. Things can only get better. You stared fate in the face, and it blinked. It, everything, is yours for the taking.

So when the music plays and the Swedes sweat, we get up and dance.

5 thoughts on “A Stomach for Eating Africa”